Home Real Housewives of New York City News Dorinda Medley Slams Ramona Singer For ‘Betraying’ Luann and Being “Terrible” to All Her RHONY Co-Stars, Accuses Her of Using Her and Sonja For Free Party as Ramona Slams Halloween Bash

Dorinda Medley Slams Ramona Singer For ‘Betraying’ Luann and Being “Terrible” to All Her RHONY Co-Stars, Accuses Her of Using Her and Sonja For Free Party as Ramona Slams Halloween Bash 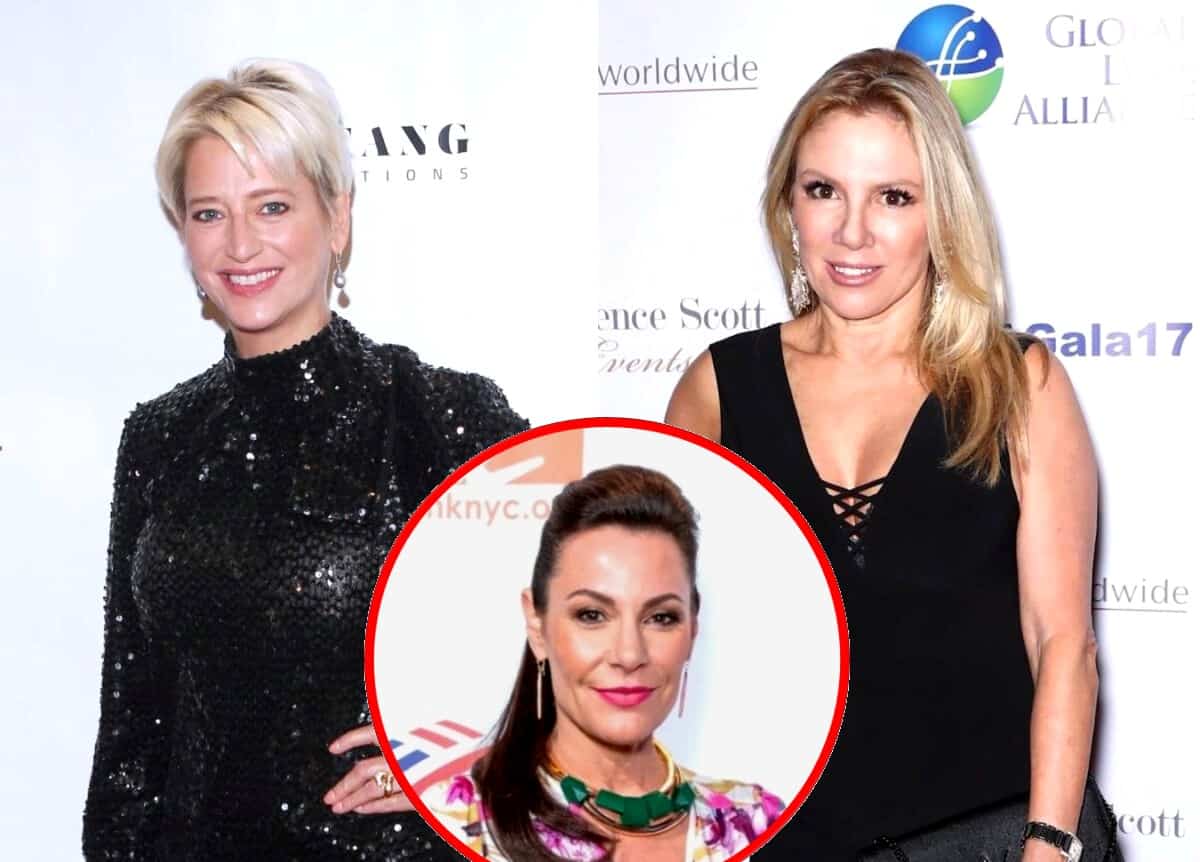 Dorinda Medley is challenging Ramona Singer on her B.S. and Ramona is firing back.

Now, the ladies are taking to their Instagram stories to throw a little shade, with Ramona first sharing a screenshot of Jill Zarin‘s sarcastic comment in the episode about Dorinda’s aggressive behavior.

“You walk in a room and Dorinda attacks somebody?” Jill said in the episode, with Ramona tacking an “OMG” sticker of herself on the post and promoting RHONY‘s return. 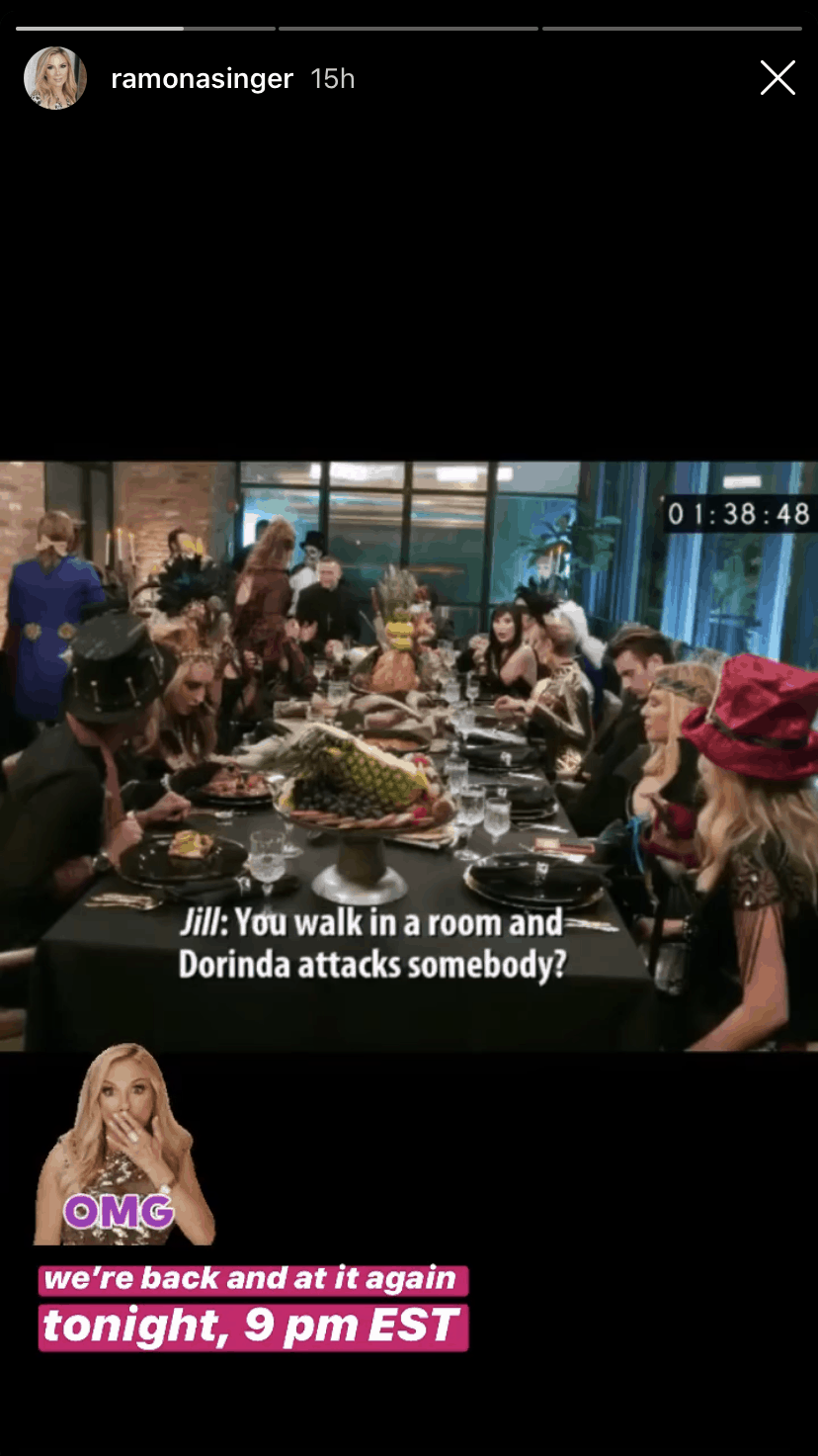 Dorinda then fired back with a post of her own. She took a screenshot of Ramona’s story and bashed her for being “terrible” to every one of her castmates and for ‘betraying’ Luann. This seemingly referred to Ramona’s decision to bring Missy Pool, a woman who is rumored to have dated Luann’s ex-husband, Tom D’Agostino, to the party.

“Terrible to me, terrible to your ‘dear’ friend @ElyseSlaine doesn’t care about @SonjatMorgan awful to @leahmob betrayed @CountessLuann,” she wrote. 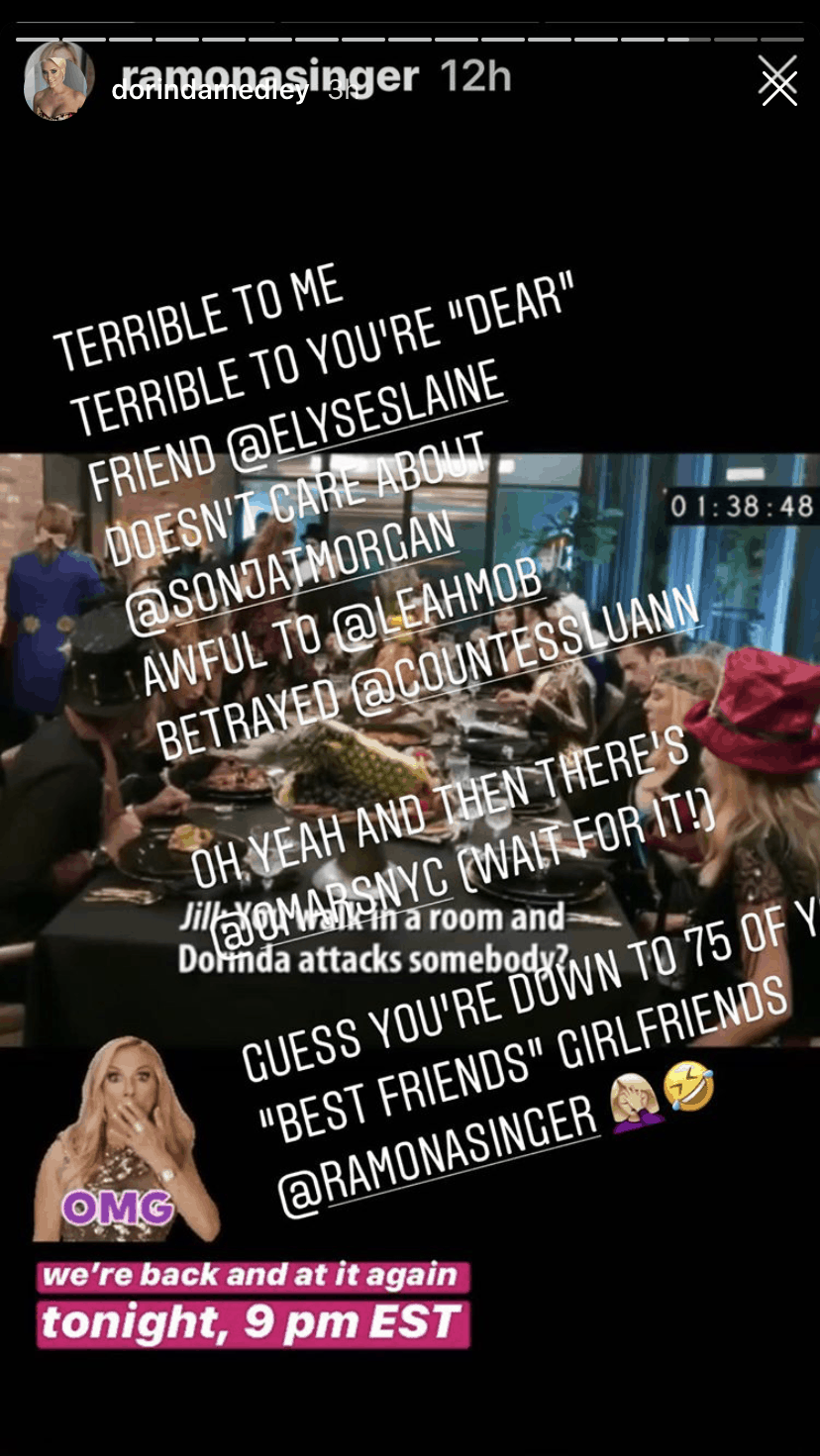 The ladies also took to Twitter to air out their beef, with Dorinda criticizing Ramona’s supposed manipulative ways.

“Do you agree with @dorindamedley that @ramonasinger used her and @SonjatMorgan to get a free birthday party?” a user asked.

“Well it’s true. He does them for the HW for the promo,” Dorinda responded, alleging that Ramona’s party planner we met a few weeks ago uses housewives to promote his business — and Ramona willingly took the bait.

Well it’s true. He does them for the HW for the promo https://t.co/ra97IVR9cF

Although she didn’t directly respond to Dorinda herself, Ramona did quote-tweet a fan who “[didn’t] blame” Ramona for bailing on the Halloween party when she’d had enough of the RHONY women.

“It was a s–t show,” Ramona responded, dissing yet another wild party where she faced unsavory conflict with her co-stars.

The Real Housewives of New York City is back for weekly episodes airing Thursdays at 9 p.m. ET.