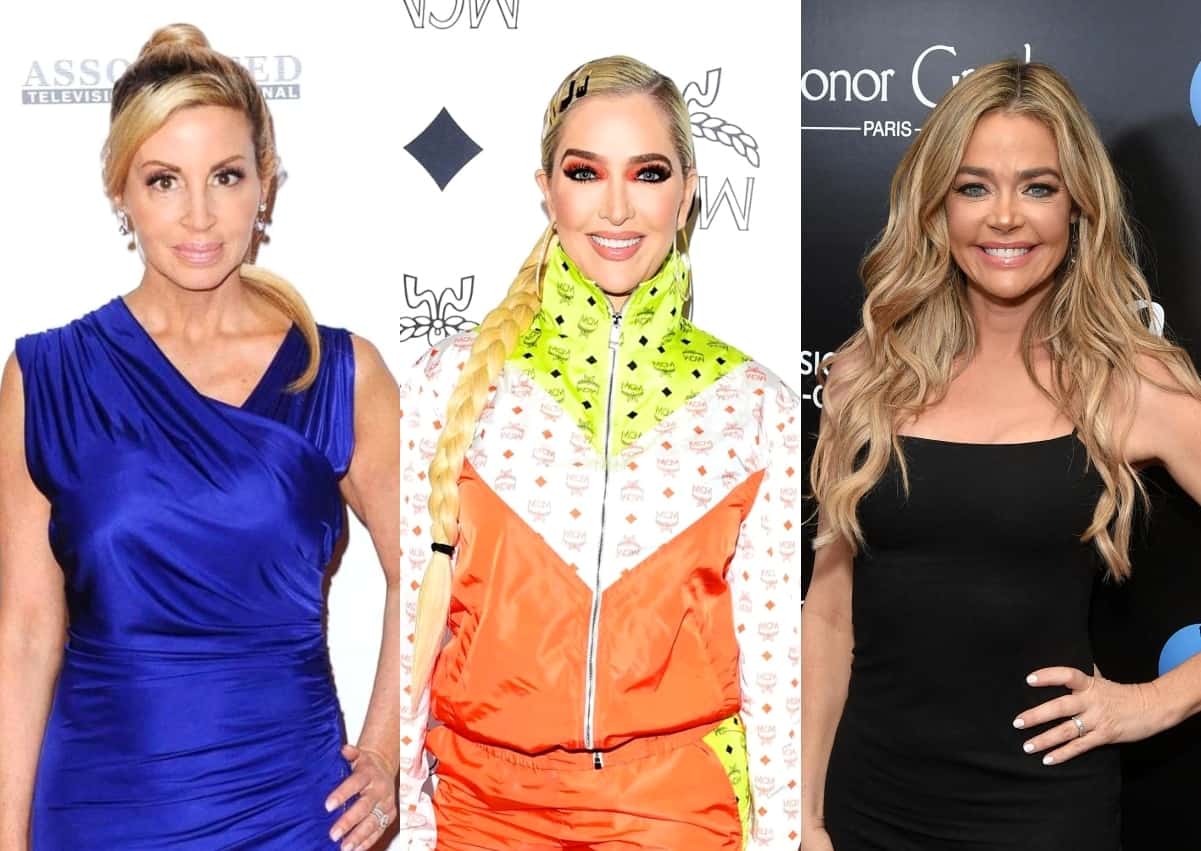 Camille Grammer has some major bones to pick with the Real Housewives of Beverly Hills.

Ahead of her upcoming confrontation with Kyle Richards, which will be seen on Wednesday’s new episode, Camille took to her Twitter page, where she slammed her castmates by suggesting that Erika Jayne is “gross” and “so low” for the comments she made to Denise Richards about her kids and called them out for the way they spoke about her 2018 wedding to husband David C. Meyer.

“What do/did you think about [Erika Jayne]’s comment that ‘these are [Charlie Sheen] and Denise’s kids. They probably know what a [threes–e] is. If they haven’t already had one?’ That was so gross and so low!” a fan wrote in a comment to Camille days ago. 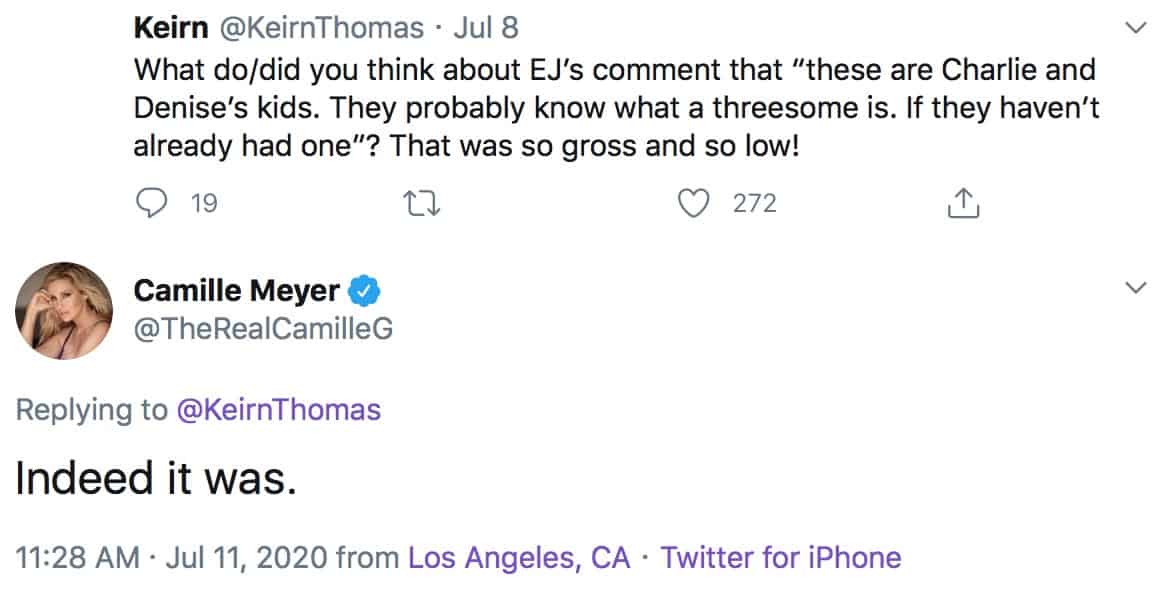 Camille also responded to a fan who applauded Camille for speaking her truth to Kyle during their upcoming confrontation and reminded her that a number of members of the RHOBH cast had said some not-so-nice things about her Hawaii nuptials.

“You’re not afraid to call people out with the truth! That’s why they’re always after you. I haven’t liked them for you since they were so mean at your beautiful wedding,” the fan wrote.

“The things they said behind my back after and about my wedding were so nasty and negative. Very hurtful,” Camille replied. 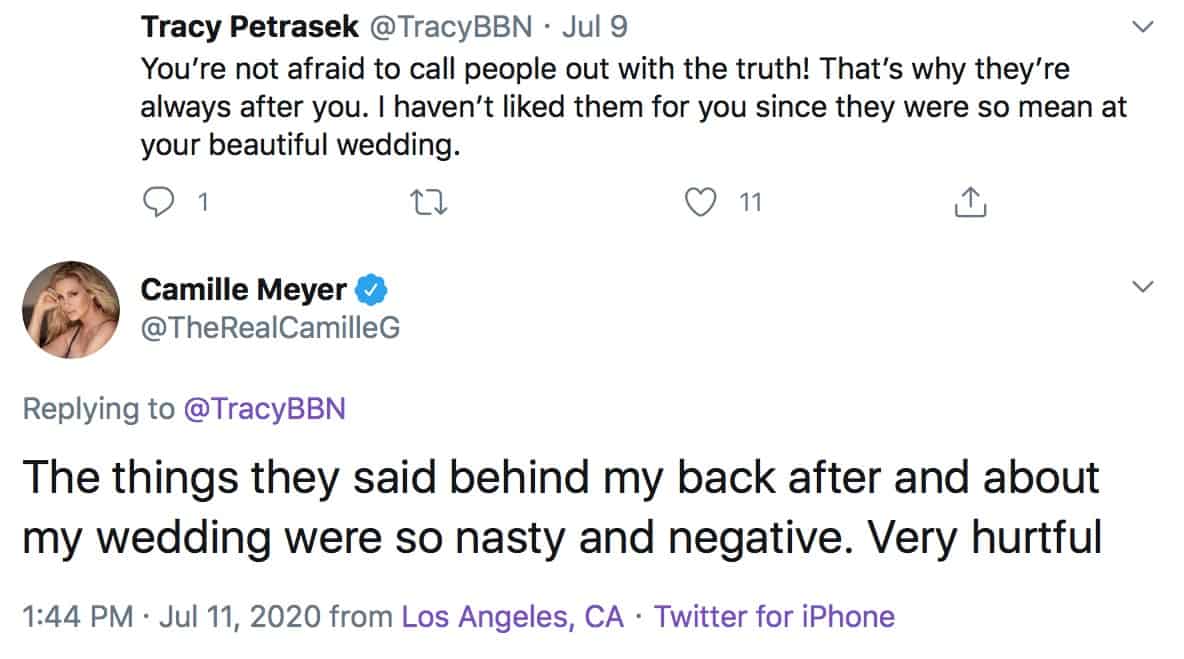 As fans of RHOBH will recall, the ladies of the show appeared to be more annoyed than anything at the idea that they would have to travel to Hawaii to attend Camille’s wedding. Once they arrived, they seemed to be more interested in the reason behind Lisa Vanderpump’s absence than the union between Camille and David.

Then, during an After Show taping, Erika and Dorit Kemsley seemed to further diss Camille’s wedding when they blanked when asked to come up with some “highlights” from Camille’s big day.