by Lauren Mills May 23, 2019 662 comments
ShareTweetWhatsappPinterestRedditTumblrMailFlipboard 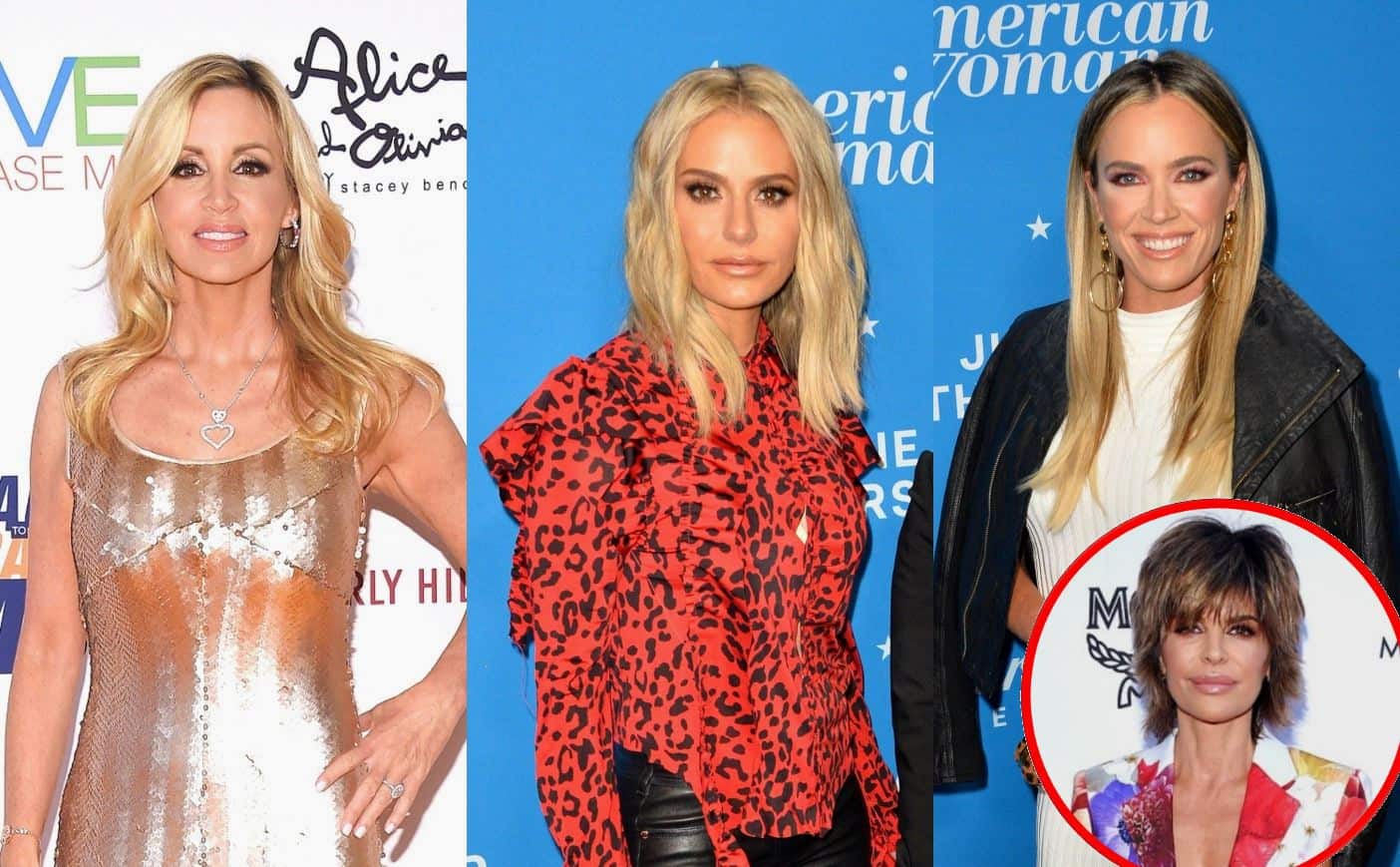 The Real Housewives of Beverly Hills star Camille Grammer was thrilled about how her wedding turned out, so when her co-stars dissed her big day during a recent interview, Camille retaliated by shading them back and bringing up Dorit’s finances.

The Instagram post in question was a clip from the RHOBH After Show where the ladies were asked to give their highlights from the wedding. Dorit Kemsley sat in silence as she pondered what she remembered most about the wedding, and Camille wasn’t having it. Dorit later noted that it was in Hawaii, the sunset and the rainbow.

In the comments on that particular post, Camille wrote that her co-stars were being unkind and no one forced them to travel to Hawaii to be part of her big day.

“These ladies are being mean. Nobody put a gun to their head to show up. They didn’t have to go,” Camille wrote in reply to the post.

“It goes to show that all the money in the world doesn’t give you class or good manners,” a fan noted, to which Camille replied, “Especially Dorit and Teddi. Dorit.. hmm..what money ????????.” 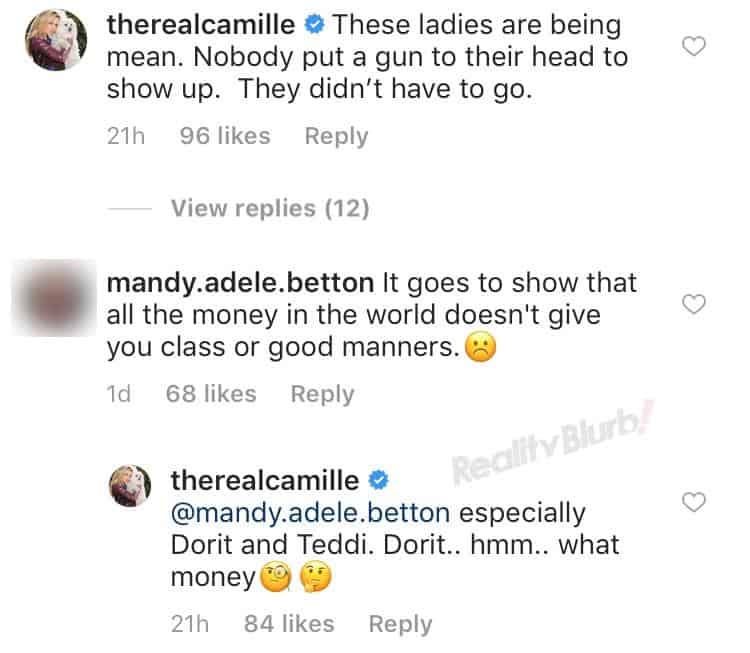 It’s no secret that Camille and Teddi Mellencamp don’t get along these days. They recently got into a heated Twitter feud and Teddi brought up Camille’s divorce settlement of $30 million when Camille had labeled her as entitled. In the video, Teddi notes that the biggest highlight for her was the departure.

Camille’s dig at Dorit’s financial troubles could be related to Dorit’s husband, Paul Kemsley – also known as PK – who has been ordered to court for an examination of his finances.

The ruling is regarding a $1.2 million debt stemming from a loan he borrowed back in 2011. He has reportedly paid off $250,000, which covered the interest on the loan. He will reportedly have to share details about his assets, properties, bank accounts, and sources of income in court next month. PK is also making headlines over unpaid taxes and alleged continuous spending.

In other RHOBH news, following a recent report that Bravo might be looking to fire some of the ladies after the Puppy Gate debacle, Lisa Rinna is speaking out and admitting she might be on the chopping block.

According to a report by the AllAboutTRH site, Bravo is reportedly considering demoting Teddi to a friend or firing her altogether, in addition to possibly letting Rinna go as well.

“Playing the protagonist gets tiring to watch after a while,” a source revealed to LALATE, adding that casting isn’t a problem for the producers of the show. And Rinna is close behind.

The report reveals that Bravo’s tolerance for Housewives’ social media behavior “has changed from where it was a few years back” and they are “examining how to deal with this.”

Rinna admitted to AllAboutTRH that she doesn’t know what the future holds.

“It is uncertain. As if life,” she told the website.