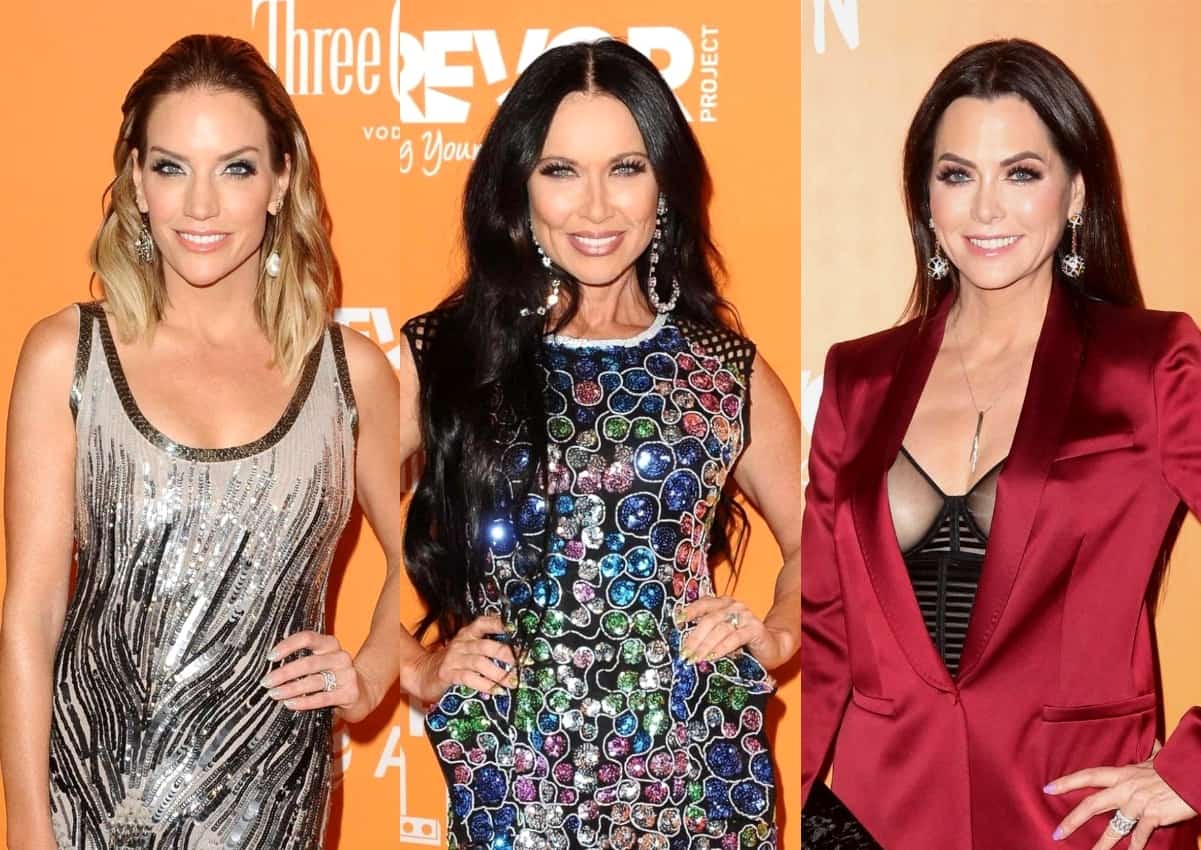 Cary Deuber is sharing her thoughts about the Real Housewives of Dallas cast amid rumors of a potential return to season five.

After being spotted with a number of the returning members of the cast, including Kameron Westcott and Kary Brittingham, amid reports of filming being underway, Cary took aim at D’Andra Simmons and suggested Brandi Redmond and Stephanie Hollman were favored on the series before addressing LeeAnne Locken‘s supposed racism and her possible role on season five.

“[D’Andra] went crazy on me this past season four. You didn’t see it. Cause it was just so tragic. They couldn’t put it on the show,” Cary admitted during the July 9 episode of Behind the Velvet Rope with David Yontef.

According to Cary, she was friends with D’Andra before she learned she was supposedly “unstable.”

“I kind of realized that she was a psychopath [and] that she was nutty. So I backed away. Then, she got on the show, which, I’m like, ‘Oh yeah, that’s perfect… [because] people want to see instability and people who are kind of like failing in their lives,'” Cary recalled.

During her time on RHOD, Cary grew quite close to Brandi and Stephanie but now says the two women aren’t speaking to her.

“[Brandi] was one of my best friends. I thought she was like a sister. I love her mom, just the sweetest woman. And Stephanie, we talked probably every day. And I, I don’t know. I haven’t heard from her,” Cary revealed. “I’ve called her. But…”

When David then asked if Brandi and Stephanie potentially got too big for their britches, Cary confessed to feeling as if the ladies were addicted to fame and uninterested in being her friend now that she’s not on the show.

“That’s 100 percent why… Of course fame and all of that goes to these people’s heads,” Cary explained.

Cary then said that when it comes to Brandi and Stephanie, those working on the show seem to favor the ladies over others.

“[Brandi and Stephanie] get away with murder, one hundred percent. [It’s] like a double standard, completely. The sweeter you look on the outside, you know, it’s just… [wolves in sheep’s clothing],” she stated.

As RHOD fans will recall, Brandi was caught mocking Asians in a shocking video that resurfaced earlier this year. Meanwhile, LeeAnne was rumored to have been fired from the show after she made a number of racially charged comments to Kary in regard to her Mexican heritage.

While Cary said she is unsure of whether or not LeeAnne was actually fired, she made it clear that she does not believe her co-star is a racist.

“I think [LeeAnne] said some bad sh*t. [But] does she look at someone and because they’re a certain, you know, whatever, think bad of them? No, I don’t. I don’t think she’s racist,” Cary confirmed.

As for her future with the show, Cary said she isn’t yet sure if she’ll be on season five.

“I don’t even know what they’re doing with [season five], you know, obviously they’re not able to do stuff right now, so I don’t know. I, I have no idea yet,” she claimed.