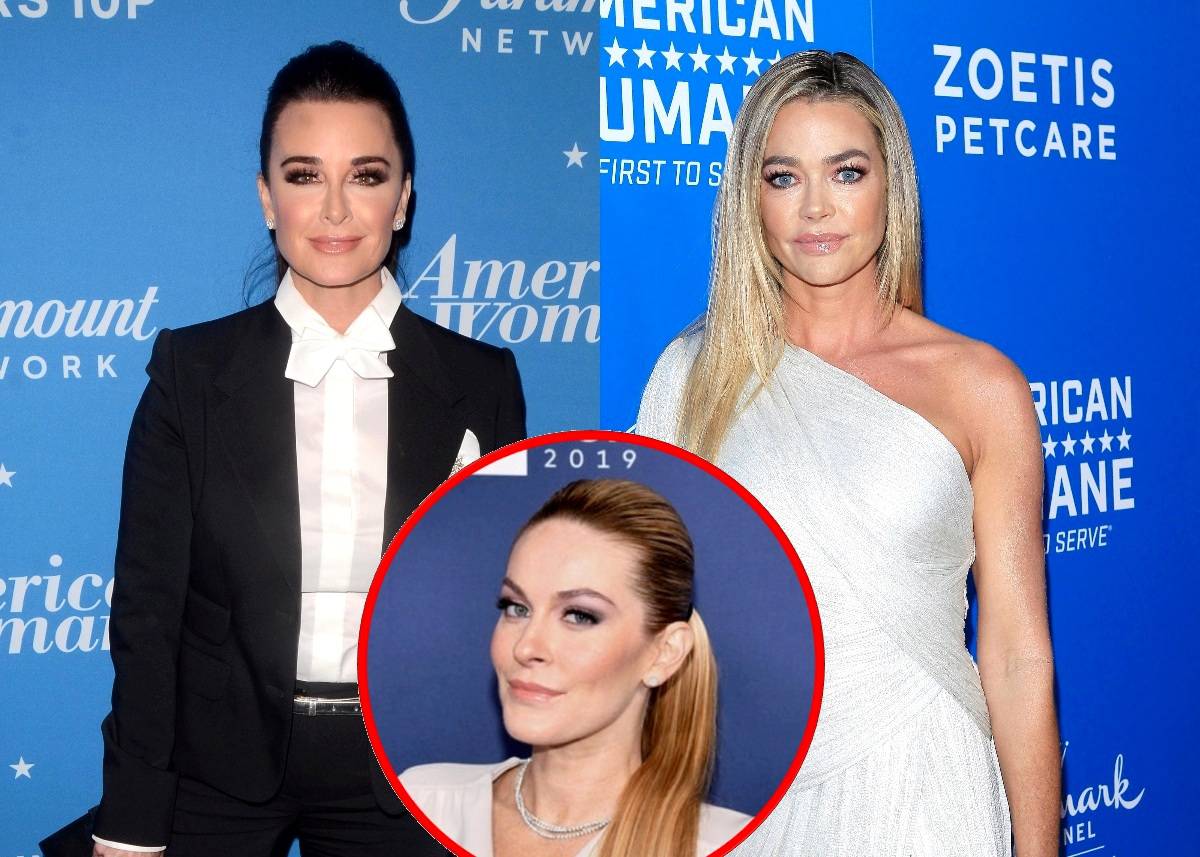 Kyle Richards isn’t backing down on Denise Richards “mom-shaming” her and the other ladies.

On the July 8 episode of Watch What Happens Live, the Real Housewives of Beverly Hills OG shared some of her thoughts on the current drama on RHOBH as well as what she thinks of new Real Housewives of New York City star Leah McSweeney and the rest of the RHONY cast.

Kyle first tackled the threewaygate dinner conversation from a few episodes ago that ignited the current feud between almost the whole RHOBH cast, Denise, and her husband, Aaron Phypers.

“Did you feel that Denise wasn’t truthful about Sami’s reaction to the threes–e conversation?” host Andy Cohen prompted Kyle from a fan’s submitted question to the show.

The conversation then turned to other Housewives Kyle tunes into, with Andy asking Kyle what she thinks of RHONY newbie, Leah.

“She’s wild!” Kyle laughed, most likely referencing Leah’s drunken antics we’ve witnessed on the past couple episodes of the show.

Kyle continued by detailing what other franchises she watches and how the RHOBH ladies see such vast differences between their cast and the “crazy” New York women.

“I watch OC, I watch New York, I watch Atlanta,” Kyle revealed. “It’s so funny, because [Lisa Rinna and I] will text each other and we’ll be like, ‘Did you see how crazy the New York girls get?!’ it’s just so funny. That would never happen with us in a million years. It’s sooo different, it’s crazy. We’re like no no no, no way.”

The mother of four then shared how she and a few of her RHOBH co-stars text each other often about the East Coast ladies, again adding how wildly different the two casts seem to be.

“[I text with] Rinna, and Erika [Jayne] … we call ourselves ‘The Provence Five,’ the five of us that went to Provence,” she stated. “We’ll check in and be like, ‘Can you believe what’s happening with New York? Can you imagine if that ever happened with us?!'”