Home Shahs of Sunset VIDEO: Watch the Shahs of Sunset Season 8 Reunion Trailer! Destiney Slams MJ’s Weight After MJ Calls Her a “Liar” and Storms Off, Mike Accuses Nema of Casting For a Girlfriend Plus MJ and Reza Rehash Feud

VIDEO: Watch the Shahs of Sunset Season 8 Reunion Trailer! Destiney Slams MJ’s Weight After MJ Calls Her a “Liar” and Storms Off, Mike Accuses Nema of Casting For a Girlfriend Plus MJ and Reza Rehash Feud 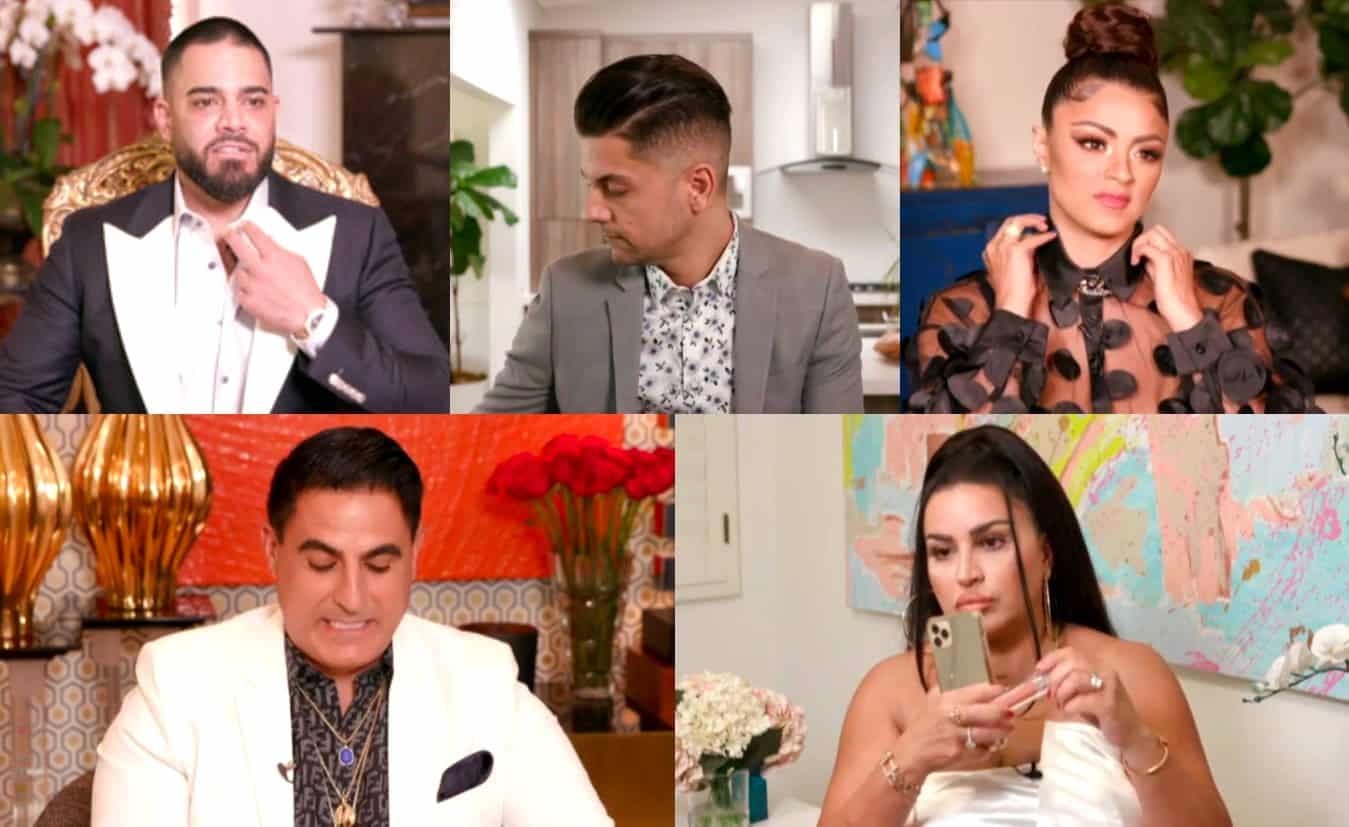 The Shahs of Sunset season eight reunion premieres this Sunday night, and as expected, it seems that the drama between Mercedes “MJ” Javid and Reza Farahan will be front and center throughout the two-part special.

In a just-released sneak peek shared by Bravo of the virtual taping, the two cast members are seen rehashing the drama surrounding Reza’s husband, Adam Neely, and the rumors of his allegedly inappropriate relationships with other men, as Mike Shouhed lashes out at his co-stars’ lack of accountability and Destiney Rose targets MJ’s weight.

“I didn’t have anything to do with [Ali Ashouri],” MJ insisted as she and Reza battled over her supposed “coaching” of Ali and pushing of the infidelity rumors.

As fans of Shahs will recall, Ali appeared on season eight, and during one particular conversation with Reza, he reportedly revealed things that only MJ knew about Reza and his marriage.

“There’s no accountability!” Mike said of the drama.

As Destiney attempted to address the rumors regarding her own potential involvement in MJ and Reza’s falling out, MJ slammed her as a liar.

“I have zero respect for you, Destiney. You are a liar from your weave to your toes,” she stated.

“Listen, you already took up the space! You’re a big girl!” Destiney clapped back.

Then, as host Andy Cohen suggested that someone was “trying to retaliate against Reza,” Reza seemingly confirmed his suspicions as he clapped and pointed at the camera.

“Destiney knows the reason!” he claimed.

“Okay, I’m out,” MJ interjected as she abruptly gets up and storms away from her homemade set.

Also during the two-part Shahs of Sunset reunion, MJ will be seen demanding accountability from her castmates, who she believes abandoned her after she nearly lost her life while giving birth to her son, Shams. She will also face questions about why she didn’t defend Reza, her former friend of 30 years, when rumors about his marriage first surfaced.

Although Andy attempted to reconcile things between MJ and Reza with the help of Mike during the taping, it doesn’t appear that the cast members were able to move forward from their past drama.

During another portion of the clip, Mike was seen poking fun at Nema Vand, who he reportedly exposed for an alleged attempt at casting a girlfriend for the show.

“Nema, you just need to breathe a little bit, buddy. You’re going to pop,” he taunted.