Home Real Housewives of Orange County News Jim Edmonds Fires Back at Meghan King’s Boyfriend Christian For Saying Jim’s “Not That Easy to Deal With” Amid Messy Divorce, Plus Christian Talks Settling Down With Meghan

Jim Edmonds Fires Back at Meghan King’s Boyfriend Christian For Saying Jim’s “Not That Easy to Deal With” Amid Messy Divorce, Plus Christian Talks Settling Down With Meghan 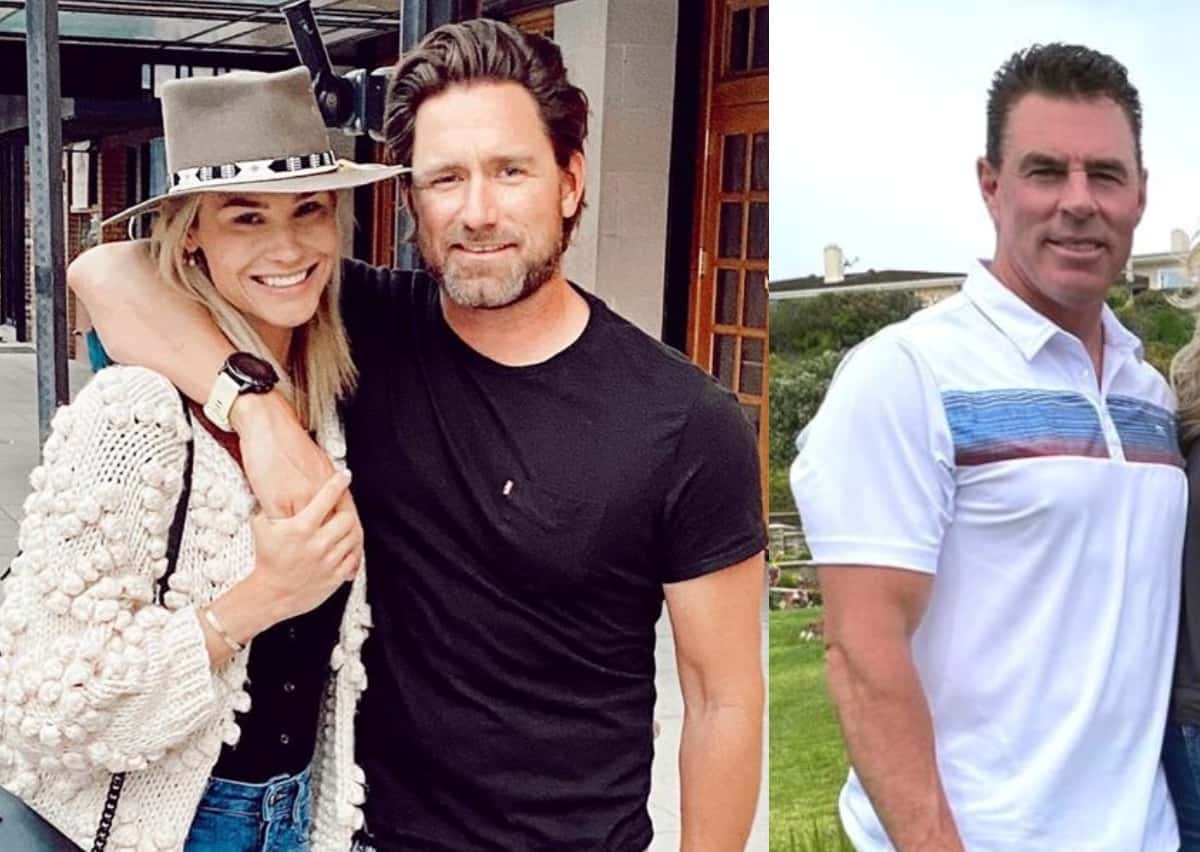 As Meghan and Jim remain embroiled in a nasty divorce, with arguments over child support payments, prenups, and low-key nasty digs, it’s no surprise those around them may feel the effects of their fall out.

While speaking with Page Six during a recent interview, Christian detailed how it has affected him while in a relationship with Real Housewives of Orange County alum Meghan. He noted some of the challenges he has had to face.

“This is a 35-year-old woman with three kids under the age of 3 with an ex who is not that easy to deal with – and that is putting it in the nicest way possible,” the entrepreneur stated. “And then having every move you make played out at the scale she does, for her to continue to be positive and push ahead and have goals, and not let it overwhelm her… it’s really impressive to me.”

A rep for Jim, Steve Honig, then fired back about the claim on behalf of Jim. Steve noted that Christian has never met Jim and therefore may be speaking only from what he’s heard through Meghan.

“Christian has never met or even exchanged one word with Jim. It seems a bit unfair to make comments about someone you’ve never even spoken with,” Jim’s rep told The Blast on July 28. “I also don’t think it’s appropriate or productive to be making negative comments about the father of your girlfriend’s children. That doesn’t really seem like that is in the best interest of the children. Seems to me Christian and Meghan are yet again looking for attention.”

Even dealing with the conflict from Meghan’s divorce second-hand, Christian shared that he won’t be easily shaken away from his plans on settling down.

“I do want to be married. I want to have kids and [am] trying to be proactive about it,” the 39-year-old revealed. “I try to not worry too much about things that are 10 steps down the road when I have a bunch of other stuff in front of it. I’m a dude that’s been pretty career-focused and has been trying to meet the right person. Meghan and I have a connection. Beyond the fact that she has a big audience from being on a TV show, I’m just a dude trying to live his life in a positive way and have a family.”

Meghan and Christian met on a dating app and began dating a few weeks after. Meghan often posts sweet and adventurous posts to her Instagram with the Utah native, and the pair seem to be making headway toward a serious, committed relationship.

As for her divorce from Jim, the process is still ongoing since he filed for divorce in October 2019 amid allegations of an inappropriate relationship with one of their nannies.