Home Real Housewives of New Jersey News RHONJ’s Joe Giudice Accuses Joe Gorga of ‘Lying,’ Shades His Marriage to Melissa as He Claims to “Know Things” and Suggests He Isn’t Helping Teresa Giudice or Their Kids

RHONJ’s Joe Giudice Accuses Joe Gorga of ‘Lying,’ Shades His Marriage to Melissa as He Claims to “Know Things” and Suggests He Isn’t Helping Teresa Giudice or Their Kids 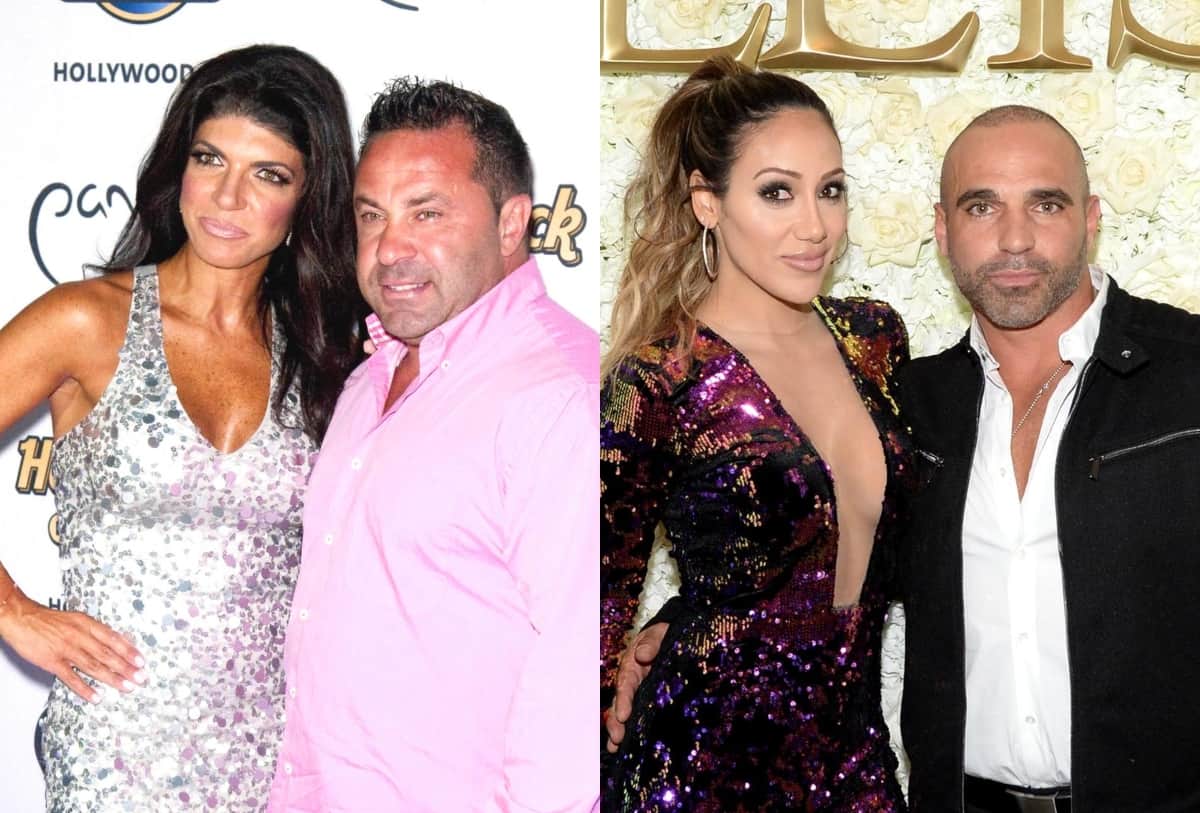 Joe Giudice is clapping back at comments Joe Gorga made on Watch What Happens Live earlier this year.

After Gorga appeared on the show and addressed Giudice’s past comments about him and his wife, Melissa Gorga, being “self-absorbed” liars by suggesting that Giudice didn’t like to hear the truth and addressing his split from Teresa Giudice, Giudice seems to be issuing a threat to his Real Housewives of New Jersey co-star as he encourages Gorga to “sit down and shut up.”

“I’ve had enough of staying silent in regards to Joe Gorga and his perpetual need to spout crap about me and my marriage as if his is ‘so perfect,’” Joe Giudice told Celeb Magazine on July 29. “A person’s mouth can lie, but their eyes always tell the truth.”

During the April episode of WWHL, Gorga said that the paperwork on Giudice and Teresa’s divorce was “almost done.”

Months later, Giudice appears to be threatening to reveal something about Gorga, or his marriage to Melissa.

“Who will get the last laugh as [the] truth continues to come out or should more truths come out? The truth hurts, right, Joe? I know certain people don’t like to hear it and don’t forget I know things too,” he warned. “You can only spark a fire so many times before it engulfs in flames.”

According to Giudice, he and Teresa are doing their best as they continue to co-parent their four daughters from different countries. When it comes to Gorga’s antics, he believes they’ve been a disservice to Teresa and their children.

“Teresa and I are working really hard to put the kids first and that’s our primary focus,” Giudice elaborated. “So for you, Joe, to continue spouting your mouth is not really doing anything to help your sister or her children.”

“I suggest you sit down and shut up. I’ve really had enough. I want to go forward with our lives,” he added.

The Real Housewives of New Jersey is expected to return to Bravo for season 11 sometime later this year or early next year.