Home Real Housewives of Potomac News RHOP’s Karen Huger Speaks Out on Monique and Candiace’s “Altercation” This Season, Is She Taking a Side?

RHOP’s Karen Huger Speaks Out on Monique and Candiace’s “Altercation” This Season, Is She Taking a Side? 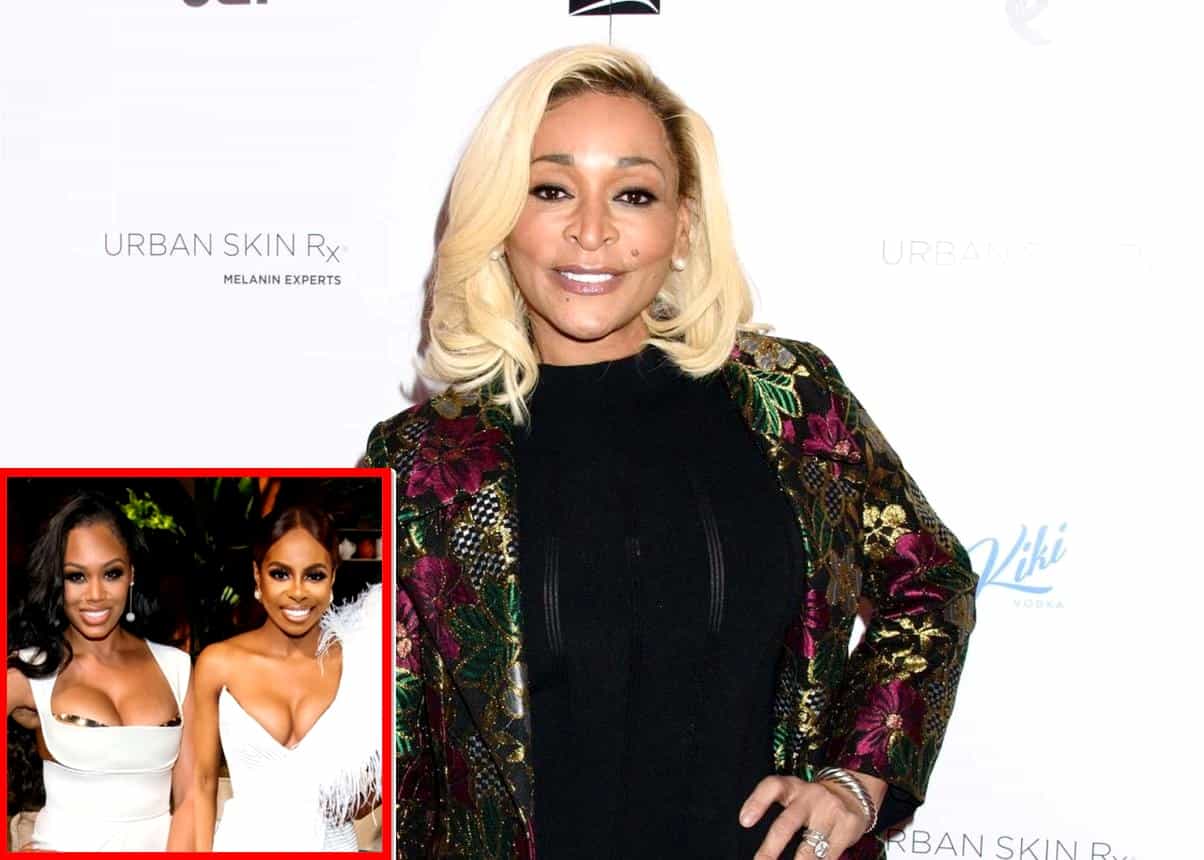 The Real Housewives of Potomac is coming, and The Grande Dame is spilling all the juicy details.

Series OG Karen Huger is breaking her silence around the season five drama yet to come, including what seems like an epic fight between Candiace Dillard and Monique Samuels.

As RHOP fans can recall, the bombshell trailer teased a fierce fight between the two women concerning their co-stars, which ultimately resulted in legal action from both parties in November 2019 (charges have since been dropped).

Now, in a new interview ahead of the August 2 season premiere, Karen is speaking to some of that drama. She’s hinting at both a wild season and also some reconciliation on the horizon.

“This season has a lot of drama as you can imagine. The trailer will not disappoint you all,” Karen told E! News this week. “Let me put it this way: two wrongs never make a right. That altercation was a powerful moment, it had repercussions on all of the ladies. But what I believe about us — and I think the viewers will agree — is that we’re able to work through it because we have authentic friendships and relationships that are strong enough, I believe, to carry us through.”

Although the RHOP women are known to throw some serious shade (and get a little feisty), they do seem to come together in the end, with friendships built on a solid foundation.

“The women don’t always make the right decisions but I believe it’s my job to step in sometimes and just shed the light on [it],” Karen continued. “Again, we don’t do altercations, we use our words, and I’m confident that we can get back to using our words after this season. You’ll see a lot of work going on.”

The 57-year-old went on to explain her “matriarch” role on the show. She refuses to “take sides” and tries to “be fair” in these kinds of situations with the girls.

“I have to be objective and I have to be truthful, and oftentimes, telling your friends the truth about their behavior is not easy and it’s challenging,” she stated. “Again, I’ll say stay tuned. Two wrongs don’t make a right and I stand by that.”

The Real Housewives of Potomac premieres Sunday, August 2 at 9 p.m. on Bravo.