Home Vanderpump Rules Tom Schwartz Opens Up About Firing of Stassi and Kristen From Vanderpump Rules, Admits He May Be in “Denial,” Addresses Show’s Future and Shares How He’s Helping TomTom Employees Amid Shutdown

Tom Schwartz Opens Up About Firing of Stassi and Kristen From Vanderpump Rules, Admits He May Be in “Denial,” Addresses Show’s Future and Shares How He’s Helping TomTom Employees Amid Shutdown 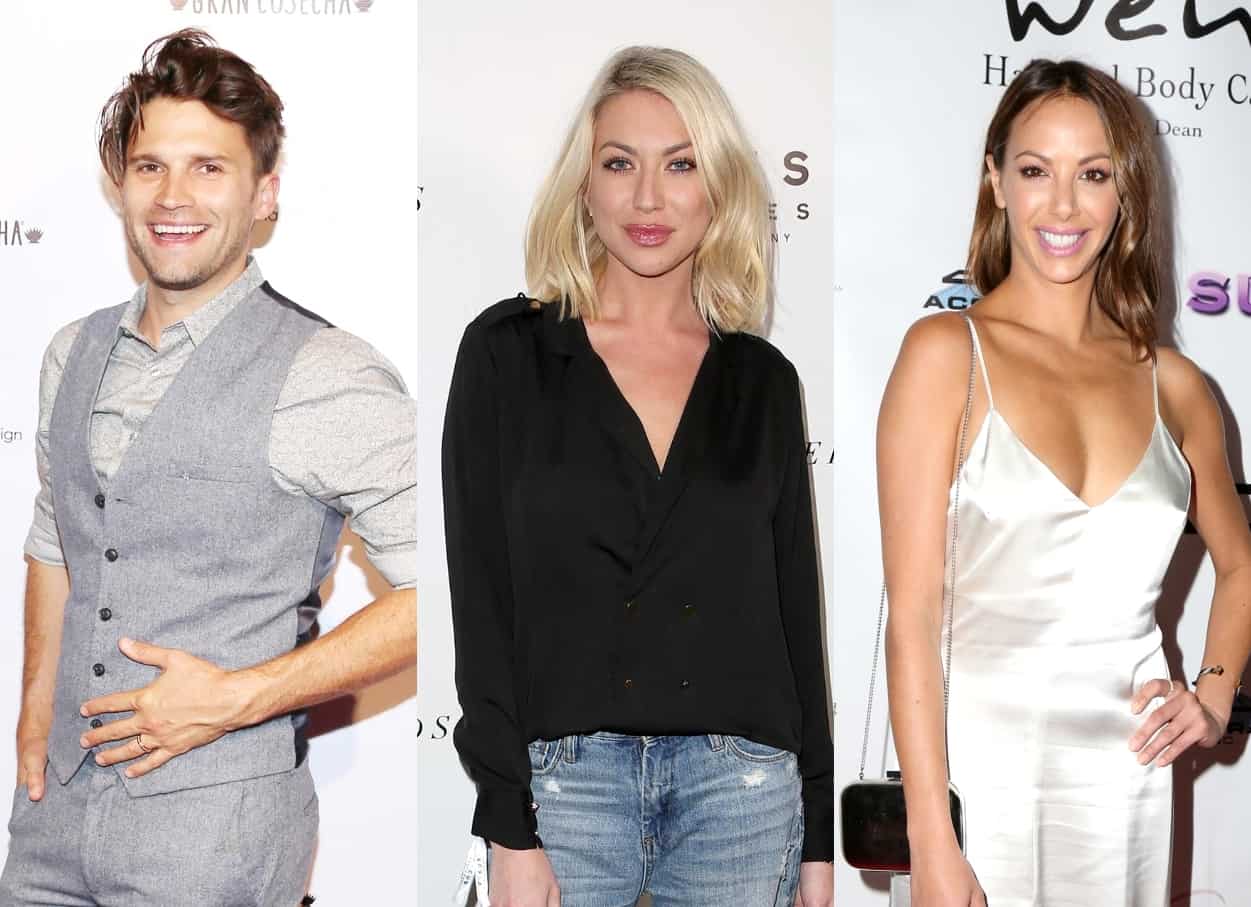 Tom Schwartz appeared on Lala Kent and Randall Emmett‘s podcast this week, where he opened up about his thoughts regarding the recent firings of his Vanderpump Rules castmates, including Stassi Schroeder, Kristen Doute, Max Boyens, and Brett Caprioni.

Just under two months after Bravo confirmed their exits amid allegations of racism, Schwartz admitted to feeling denial about the topic before opening up about the potential ninth season of the show and revealing what he has done to help his employees amid the ongoing closure of TomTom.

“I honestly, I don’t think I’ve processed it,” Schwartz confessed of the Pump Rules firings on Give Them Lala… With Randall. “It doesn’t feel real. I hope it doesn’t seem like a cop-out, but I just honestly haven’t processed it. Maybe I’m running from it a little bit or I’m in denial that it ever happened.”

While Schwartz didn’t address the events that led up to the firings, he did say he stands by his ex-castmates.

“I love my friends and I support them,” he confirmed. “It’s been rough but we’ll be okay. We’ll get through it. Everybody will be okay.”

As for the potential return of Pump Rules, Schwartz said that while he doesn’t know what the future holds, he feels like the show “still has legs.”

“I’m optimistic about the future of Vanderpump Rules. It has so much life to give but it’s never going to be the same, that’s for sure,” he shared.

“This has been such a big part of my life and we’re not filming right now. Everything’s halted and I’m a little lost [but] I’m okay,” he continued. “For eight years, that’s 20 percent of my life. Everything I do revolves around that show and I’m flailing a little bit.”

“It bums me out,” Lala agreed. “It’s just like we are dinking around, twisting our thumbs. Normally, we have a schedule.“

As for the closure of TomTom, Schwartz said that the COVID-19 pandemic has been “devastating to the industry as a whole.”

“I’ve read multiple figures about 30 to 40, even 50 [percent] of restaurants not coming back. We’re looking at a $240 billion loss by the end of the year in the industry. It’s tough,” Schwartz explained. “The restrictions, they are dizzying. They are ever-evolving and as much as we want to open, putting your employees at risk… a lot of employees don’t feel comfortable coming back right now and even if they do, are they going to make any money? Are we going to be able to turn a profit? There are thin margins.”

Amid the shutdown, Schwartz and his partner, Tom Sandoval, donated 100 percent of their Cameo proceeds to help their employees stay afloat.

“We hit our goal of $50,000. It felt really special. We have about 58 employees and we just split it evenly between everybody,” Schwartz shared. “It felt really good to give back in some small way because I love our crew. I love our staff. It’s like family.”