Home Real Housewives of New York City News Sonja Morgan Reveals Dorinda Medley Was “Very Defensive” at RHONY Reunion Taping, Slams Ramona for Being on a “High Horse” and Explains Why Leah’s Behavior at Ramona’s Birthday Was “Worse” Than Hers

Sonja Morgan Reveals Dorinda Medley Was “Very Defensive” at RHONY Reunion Taping, Slams Ramona for Being on a “High Horse” and Explains Why Leah’s Behavior at Ramona’s Birthday Was “Worse” Than Hers 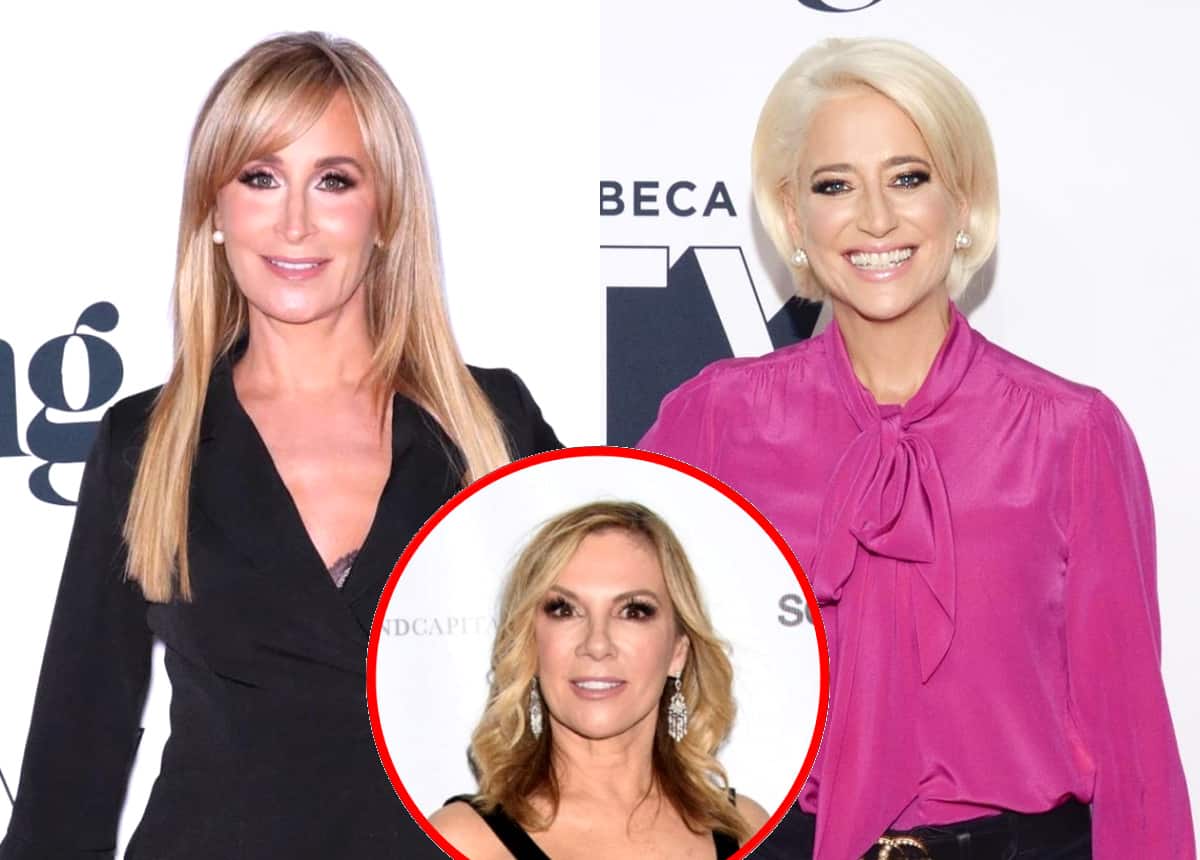 Sonja Morgan appeared on the August 13 episode of Watch What Happens Live, where she was asked about The Real Housewives of New York City reunion, which was filmed in Long Island last week.

Before weighing in on the wild behavior Leah McSweeney exhibited at Ramona Singer‘s birthday party and explaining why it was worse than her own antics, Sonja denied arriving late to the reunion, revealed Dorinda Medley was defensive during the taping, and accused Ramona of being on a “high horse” throughout season 12.

“I don’t know who died and made [Ramona] the queen of production but I was there. I got in my car and I was the one waiting,” Sonja explained to host Andy Cohen.

On the day of the taping, Ramona lashed out at Sonja and Luann de Lesseps on her Instagram Stories by suggesting they were holding up production and causing the rest of the crew to get a late start on filming. However, according to Sonja, that is not how things went down.

Speaking of the events of the reunion, Sonja said Dorinda was quite defensive after her drinking and anger issues were mentioned.

“I think Dorinda was still very defensive about her behavior but I can understand that. I think some of the questions were too directed about her drinking and I don’t think it was about drinking. I think it was more about her anger issues in general [and] where they come from.”

Sonja then noted that Ramona had the most to answer for during the taping due to her holier than thou attitude on recent episodes of RHONY.

“I think Ramona was on a very high horse this season and I like a little more humility from my girl, as much as I love her!“ Sonja said.

During another segment of WWHL, Sonja was asked if her or Leah’s behavior at Ramona’s birthday bash was “worse.” In turn, she admitted that when it came to her glass-stomping and table-dancing, she was trying to get revenge on her co-star.

“I had to serve that revenge cold,” Sonja explained. “I wasn’t invited to Ramona’s [birthday] last year and she also roped me into a two-hour drive to get a freebie trade-out on that party because I did some photos with this Mr. Scott guy.”

“So I served it up best I could and I also [had known] those ladies for decades. So I’m going to have to say Leah [was worse],” she added.