Leah McSweeney Says Dorinda Isn’t “Thrilled” About Leaving RHONY and Reacts to Her Departure, Shares How Sonja is “Most Difficult” Co-Star and Talks Dating, Plus RHONY Live Viewing Thread! 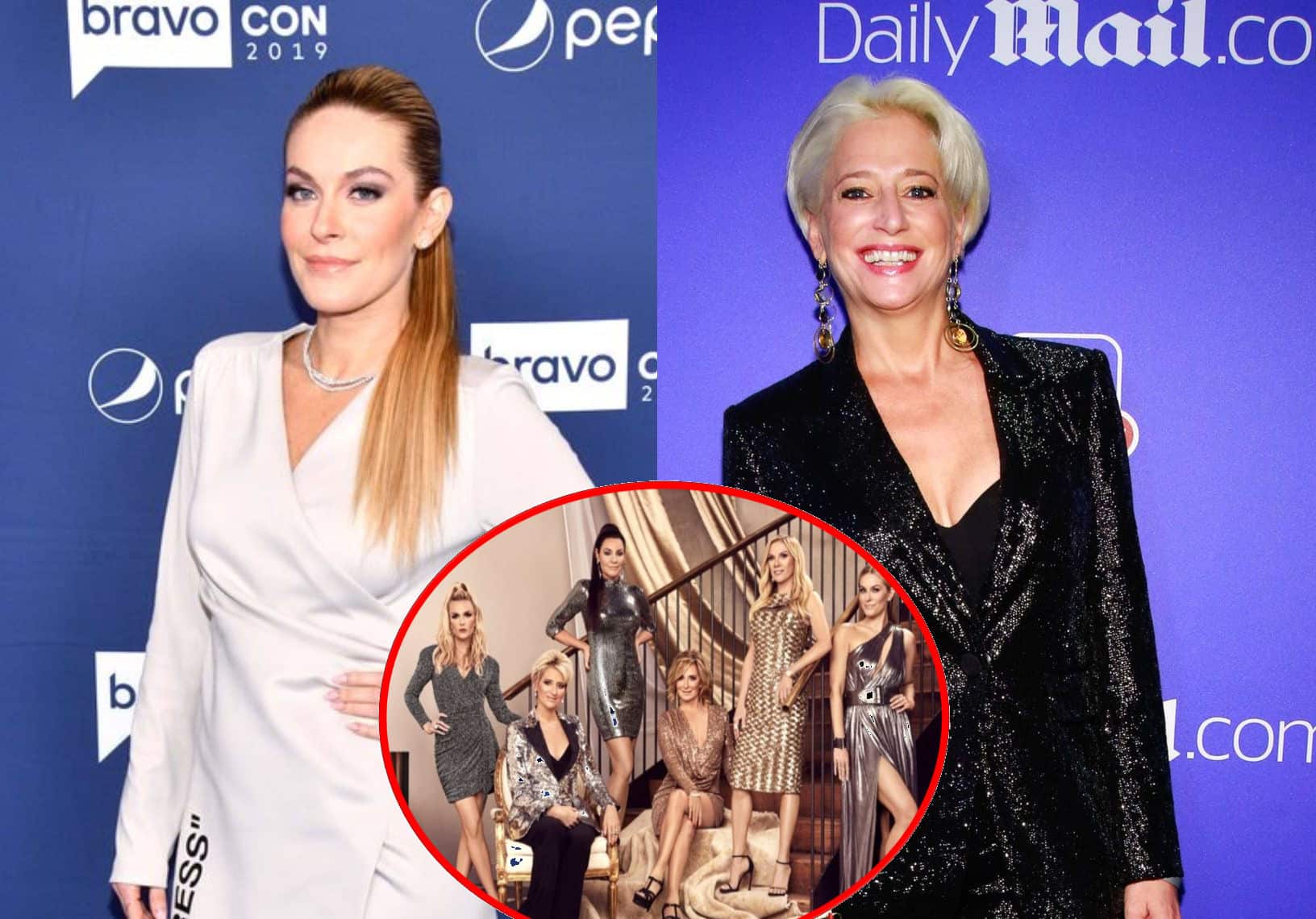 After wrapping a successful first season (and dramatic reunion) of The Real Housewives of New York City, newcomer Leah McSweeney definitely has a lot to dish on.

The newfound reality star revealed in a new interview how she feels about co-star Dorinda Medley‘s sudden departure after just one season together, and she also talks Sonja Morgan‘s not-so-nice tendencies.

“I was definitely shocked [about her exit],” Leah said on SiriusXM’s The Jenny McCarthy Show on September 2. “At the same time, I feel like anything goes, you know? Like, nothing should shock you, because at the end of the day, everyone’s just as good as their last season, right? You never know if you’re on the chopping block or not.”

Leah went on to say that Dorinda definitely “had a difficult season,” but the longtime cast member was still “beloved” and “great on TV.”

The Married to the Mob CEO also shared that she found out about the news on her way to a Utah vacation (with Tinsley Mortimer) and did speak to her on the phone “briefly.”

“She seemed great, she seemed okay. She was just being very honest about the whole thing, like, ‘Look, I’m not thrilled about it, but I’m also relieved in some ways.’ She seems like she’s doing okay and she’s gonna be fine,” Leah noted.

When radio host Jenny asked Leah about reportedly being “scared” of Dorinda at first, Leah confessed she was certainly intimidated, but that shifted once the two became pals and Dorinda helped her … deal with a few things.

“I was definitely [scared] that first party that I met them all at and then she was like, screaming at [Tinsley] and calling her a hooker, basically. That was intense and I was like, ‘Mm, I don’t know about this one,'” she shared. “But at the end of the day, we ended up really bonding and she really had my back so much with Ramona [Singer] and I have a big heart for Dorinda.”

Although the RHONY newbie had some serious conflict with Ramona for her first season, she also had a bit of tension with Sonja, considering the Upper East Sider’s often very Upper East Side ways.

Fans may be surprised, though, to find out that some of Sonja’s digs toward Leah went a little deeper than was shown on screen.

“Sonja was the most difficult, which is very weird. Some things are edited, obviously, and you don’t see everything, but there were things that she said,” Leah revealed. “She said this, too, that didn’t make the cut that I’m gonna say now. There was this [scene] where me, her, and Tinsley were having lunch on a roof and that’s when she was saying, ‘I would never f–k you, you have tattoos.’ But she also said something about Ramona. I said, ‘Ramona said I have pretty feet,’ and she goes, ‘That’s her way of telling you you have an ugly face.’

The 38-year-old may have had some tension with a few of the older, longstanding RHONY housewives, but she and 45-year-old Tinsley hit it off right away. The two even took a trip together recently to Utah (joined by Tinsley’s fiancé, Scott Kluth, and Leah’s daughter, Kier), celebrating Leah’s birthday and enjoying the scenic, relaxing views.

During their trip, the two delighted fans by sharing their rendition of the viral “WAP” dance on TikTok, paying tribute to the Cardi B and Meghan Thee Stallion smash hit.

“My daughter filmed it, she’s got a lot of patience, but she’s very tough,” Leah stated. “She was coaching us, she was like, ‘No no no — Mom, you’re facing that way, Tinsley’s facing this way, it looks weird, you have to make sure you’re doing it the same way!’ We probably did it for about 20 minutes before we nailed it. I thought we did great, but we nailed it I think after 20 minutes.”

Leah also shared that she is indeed “actively looking” on Hinge for a potential partner, and she isn’t afraid to skew younger — or care what people think about it.