Kristen Doute Claims She Wasn’t Fired From Vanderpump Rules and Insists She Never Turned Faith Stowers in to Police or Put Her in “Harm’s Way,” Says She’s Sick of Rumors 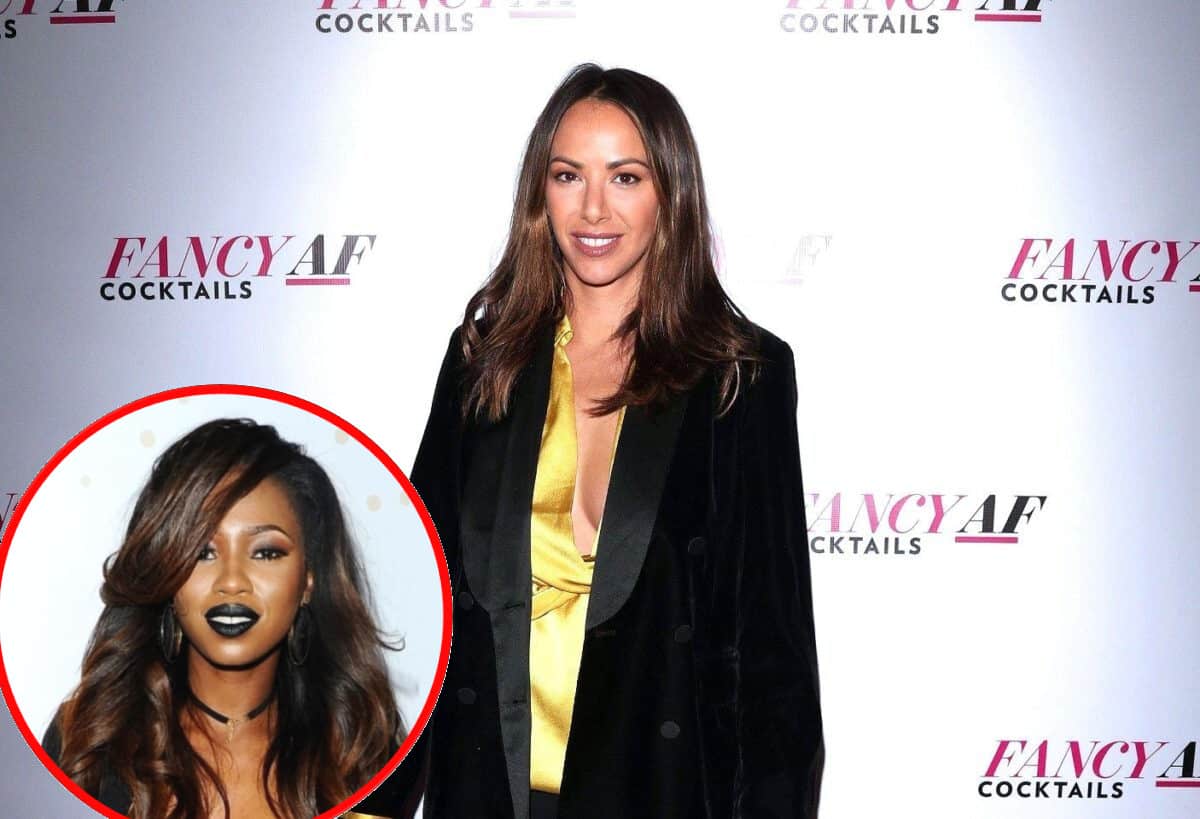 Kristen Doute spoke out about what led to her and Stassi Schroeder‘s exits from the Vanderpump Rules cast on Instagram on Thursday after Stassi’s tell-all interview on The Tamron Hall Show.

After Stassi admitted she was insensitive to race issues before Bravo cut ties with her in June, Kristen said on Instagram that she was “tired of the rumors” as she denied turning her only Black co-star, Faith Stowers, into police for crimes she didn’t commit and claimed she and Stassi weren’t actually fired from the show.

“The police were not called, there was never a police report, the police never had her name so she was never in harm’s way. I understand me speaking up about this is going to create major backlash but I’m tired of the rumors. Neither of us are racist and have absolutely no hate,” Kristen told a fan on Instagram after Stassi’s interview with Tamron Hall. 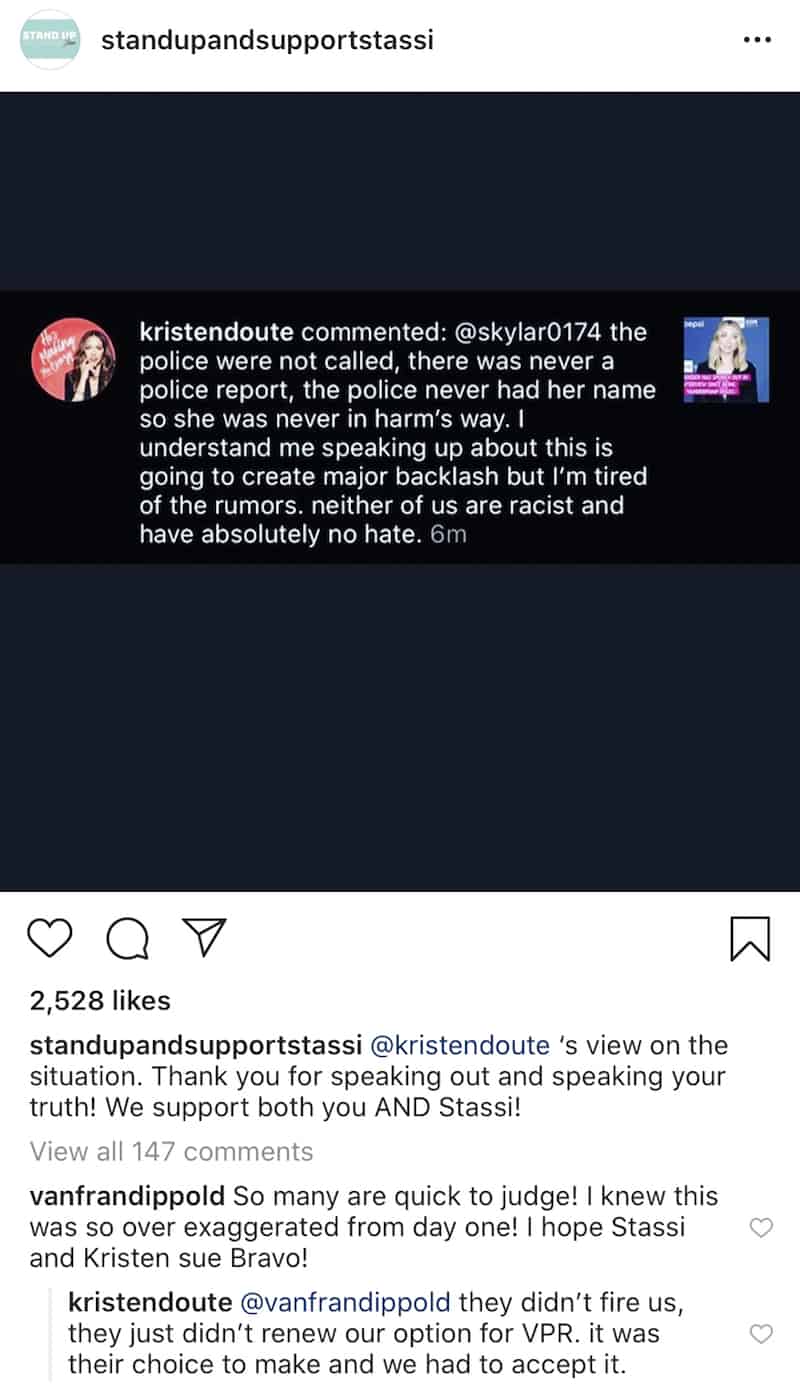 After the Stand Up and Support Stassi page on Instagram shared a screenshot of Kristen’s message, a fan offered some support to Kristen, saying that while so many have judged her and Stassi for their past mistakes, the situation seemed to have been “exaggerated.”

“So many are quick to judge! I know this was so over exaggerated from day one! I hope Stassi and Kristen sue Bravo!” the person stated.

In response, Kristen explained that she and Stassi weren’t actually fired from the show. Instead, their contracts were simply not renewed for the series’ potentially upcoming ninth season, which has yet to go into production.

“They didn’t fire us, they just didn’t renew our option for [Pump Rules]. It was their choice to make and we had to accept it,” Kristen shared.

After Faith accused Kristen and Stassi of racist behavior in early June, the two of them offered apologies online.

“Although, my actions were not racially driven, I am now completely aware of how my privilege blinded me from the reality of law enforcement’s treatment of the black community, and how dangerous my actions could have been to her,” Kristen wrote at the time. “It was never my intention to add to the injustice and imbalance. I’m ashamed, embarrassed, and incredibly sorry.”

Meanwhile, in Stassi’s statement, she said there was “no excuse” for the way she treated Faith.

“I did not recognize then the serious ramifications that could have transpired because of my actions. What I did to Faith was wrong. I apologize and I do not expect forgiveness,” she explained.