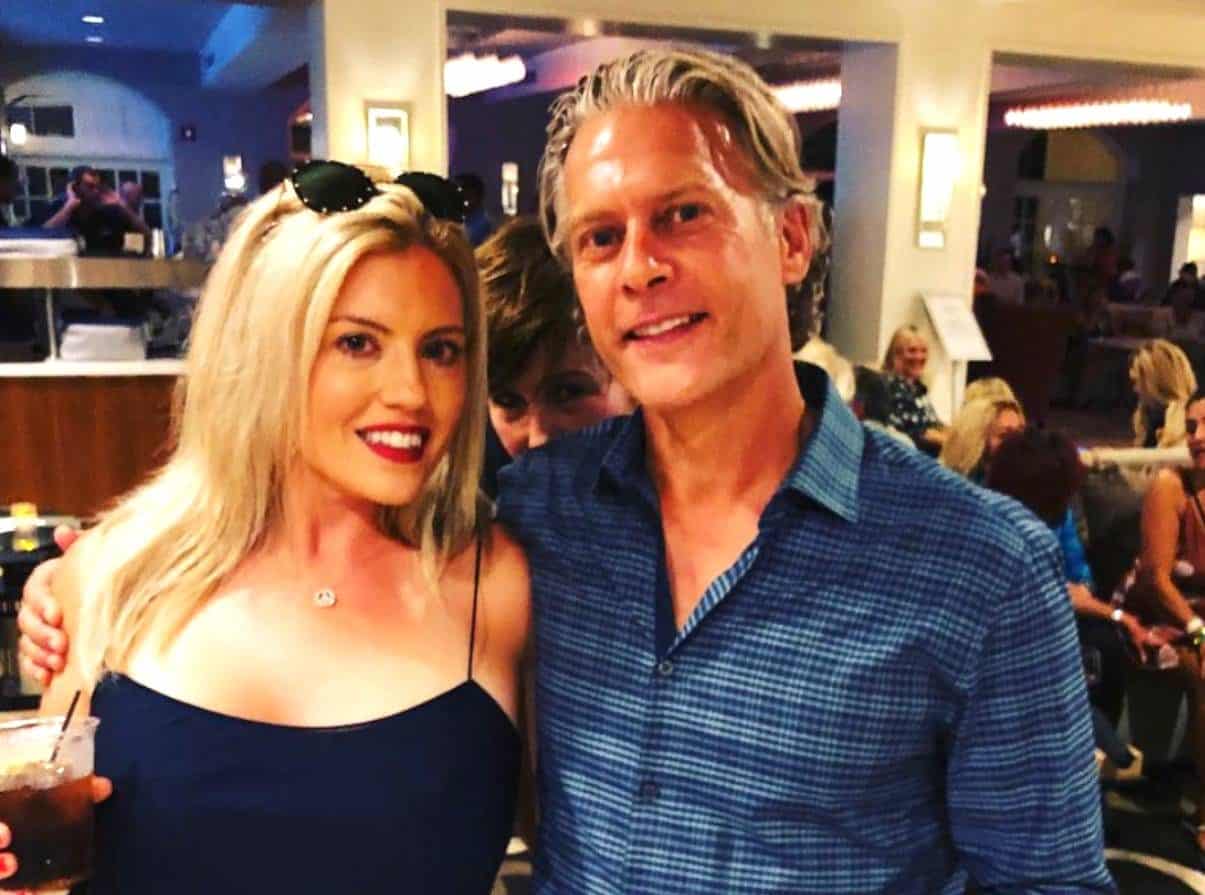 David Beador and Lesley Cook recently learned the gender of their new baby.

Months after confirming they are expecting their first child together, Lesley took to her Instagram Stories, where she revealed the gender of their child along with a sonogram photo before posting another image of the former Real Housewives of Orange County cast member and his 16-year-old daughter Adeline, who he shares with ex-wife Shannon Beador, on her birthday.

“Busy day with my girls,” Lesley wrote in the caption of a sonogram photo shared on September 28, which featured a pink bow on her daughter’s head. 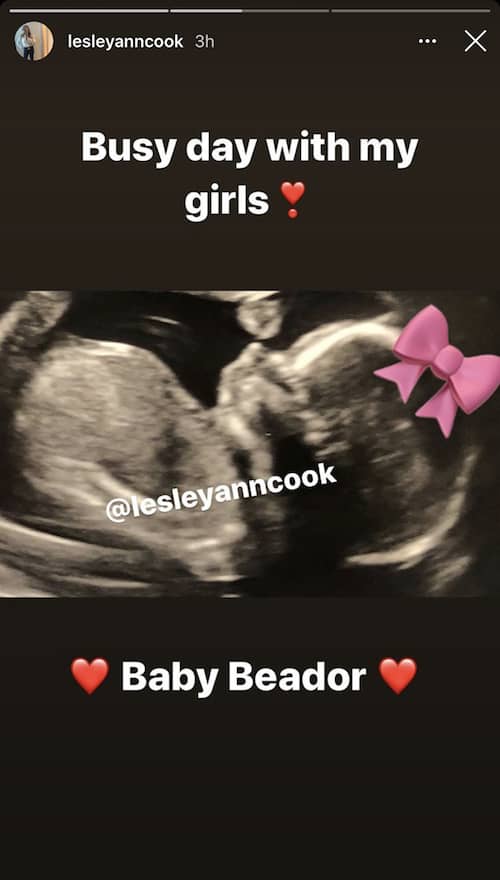 A couple of hours later, Lesley, who got engaged to David during a trip to Miami for the Super Bowl earlier this year, shared a months-old image taken of David and Adeline, which featured David’s elaborate birthday gift for the child.

“How did I not post this adorable pic!?! [Happy birthday] beautiful Adeline!!! Your dad is so over the top,” Lesley wrote with the photo, which featured a white Mercedes Benz with a red bow on its hood. 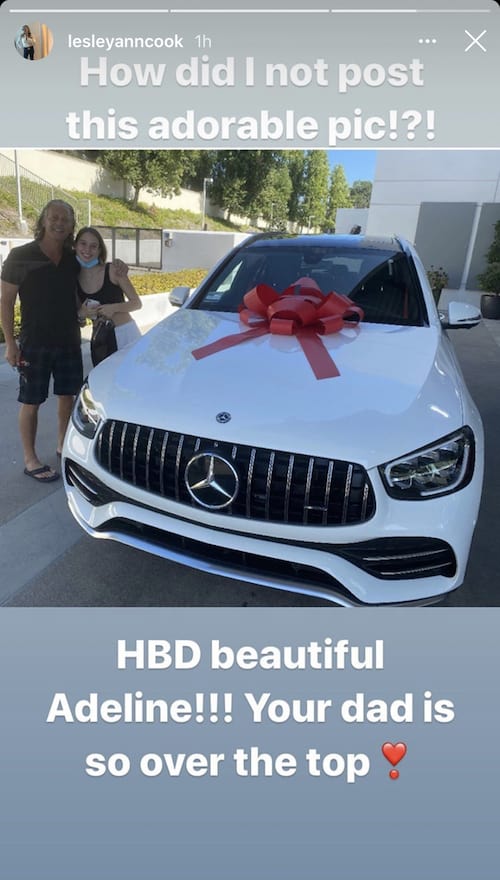 While David and Lesley were initially planning to get married in Paris in June, she revealed on Instagram last month that they were forced to postpone their wedding plans because of the pandemic.

“Our plan was to get married in Paris last June,” she shared.

As for how Shannon has been feeling about all of this, an insider told E! News this past summer that the RHOC star was “very shocked” to learn that her former spouse was expecting a child with his fiancee.

The insider also said that while the news of Lesley’s pregnancy was quite new at the time, they were thrilled.