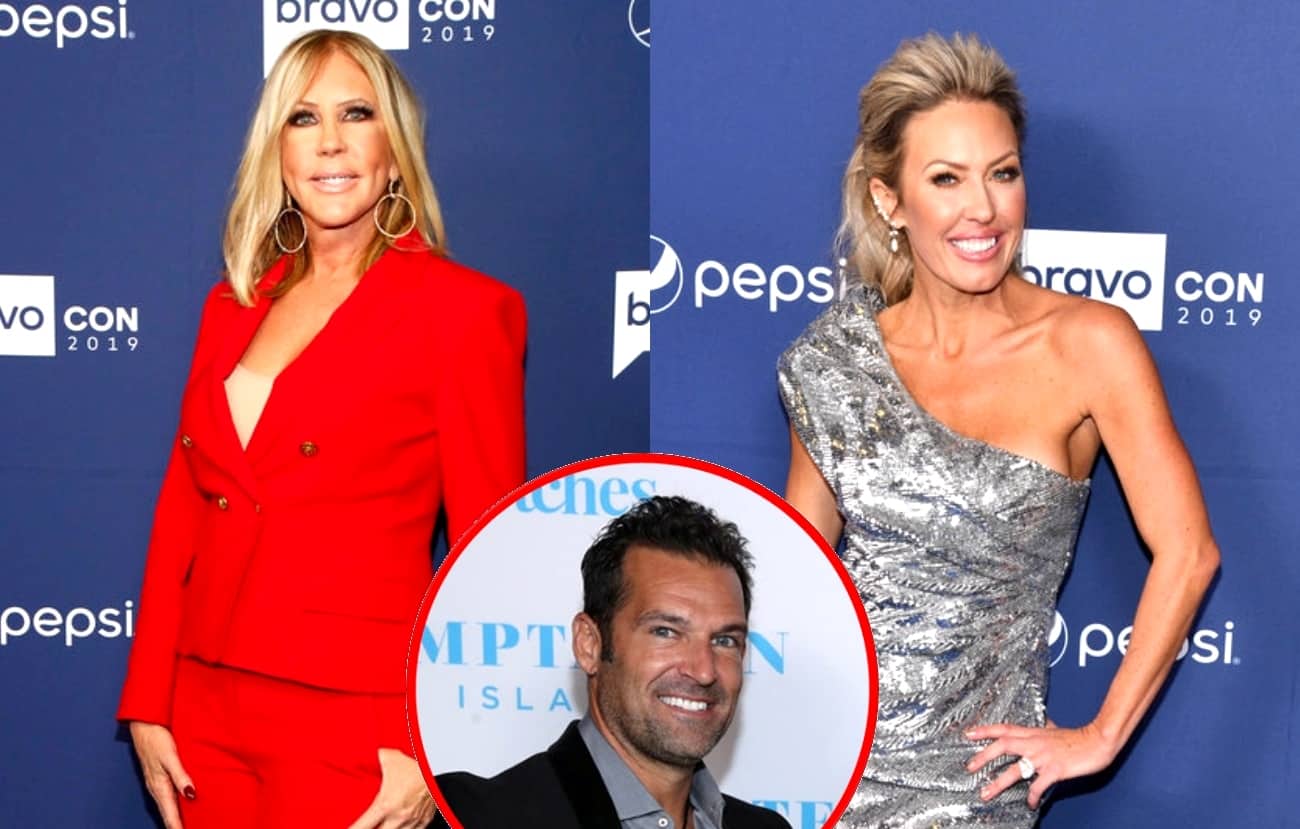 Vicki Gunvalson commented on the rumors regarding the potential demise of Braunwyn Windham-Burke and husband Sean Burke‘s marriage on September 30 as she arrived in North Carolina to close on her new lake house.

After coming across a post on Instagram in which it was noted that the Real Housewives of Orange County couple’s marriage may be “over” and mentioned Braunwyn’s issues with daughter Rowan, Vicki spoke about Braunwyn and Sean’s marriage “issues” before confirming the closure of her new property on the East Coast.

“Rumors are swirling about Braunwyn Windham-Burke’s marriage to Sean [Burke] being over!” Bravo Housewives on Instagram told readers. “This comes as her daughter recently posted a photo with the caption ‘F*** You Mom.’ Braunwyn is asking for respect and well wishes during this time.”

“Hmm… looks like being on RHOC only took [one] year before their marriage had ‘issues,’” Vicki replied, citing the “[Housewives] curse.” 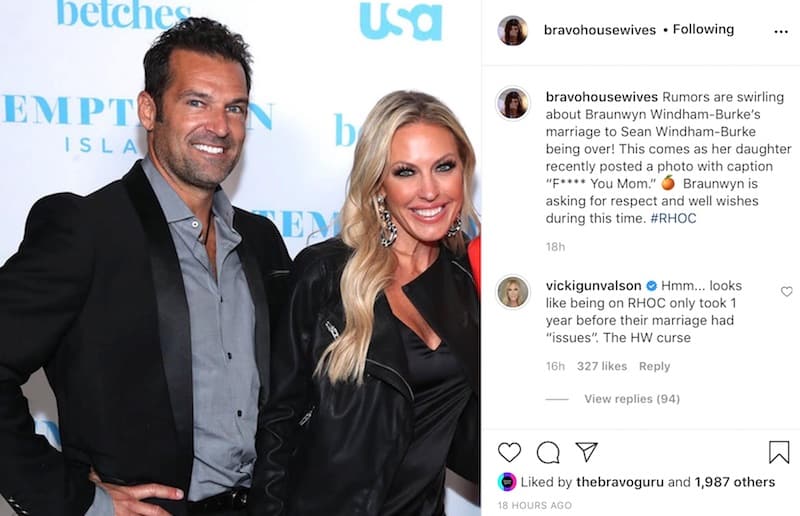 As RHOC fans may have seen, rumors began swirling in regard to the potential end of Braunwyn and Sean’s marriage earlier this month after a blind item claimed a West Coast Real Housewives star had secretly separated from her husband and been focusing on an extended “hot girl summer.”

In other news, Vicki landed in North Carolina earlier this week to close on the lake home she bought online in August.

“North Carolina lake house closing weekend,” Vicki wrote in the caption of one of her latest Instagram Stories, which featured a view of a highway in Greensboro. 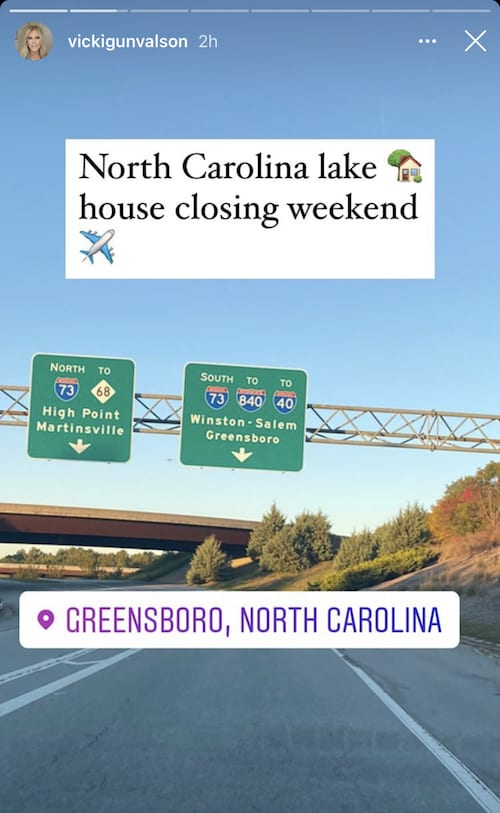 After purchasing her lake house, Vicki shared a photo of the home on Instagram.

“It’s the year of following my heart and my head. [Three] months ago I closed on an incredible vacation home in Puerto Vallarta and this most recent purchase in North Carolina for a vacation / rental home solidifies my goals,” she wrote at the time. “Being near my family at a vacation/lake home to create lifelong memories makes my heart happy.”

The Real Housewives of Orange County season 15 premieres on October 14 at 10 p.m. on Bravo.