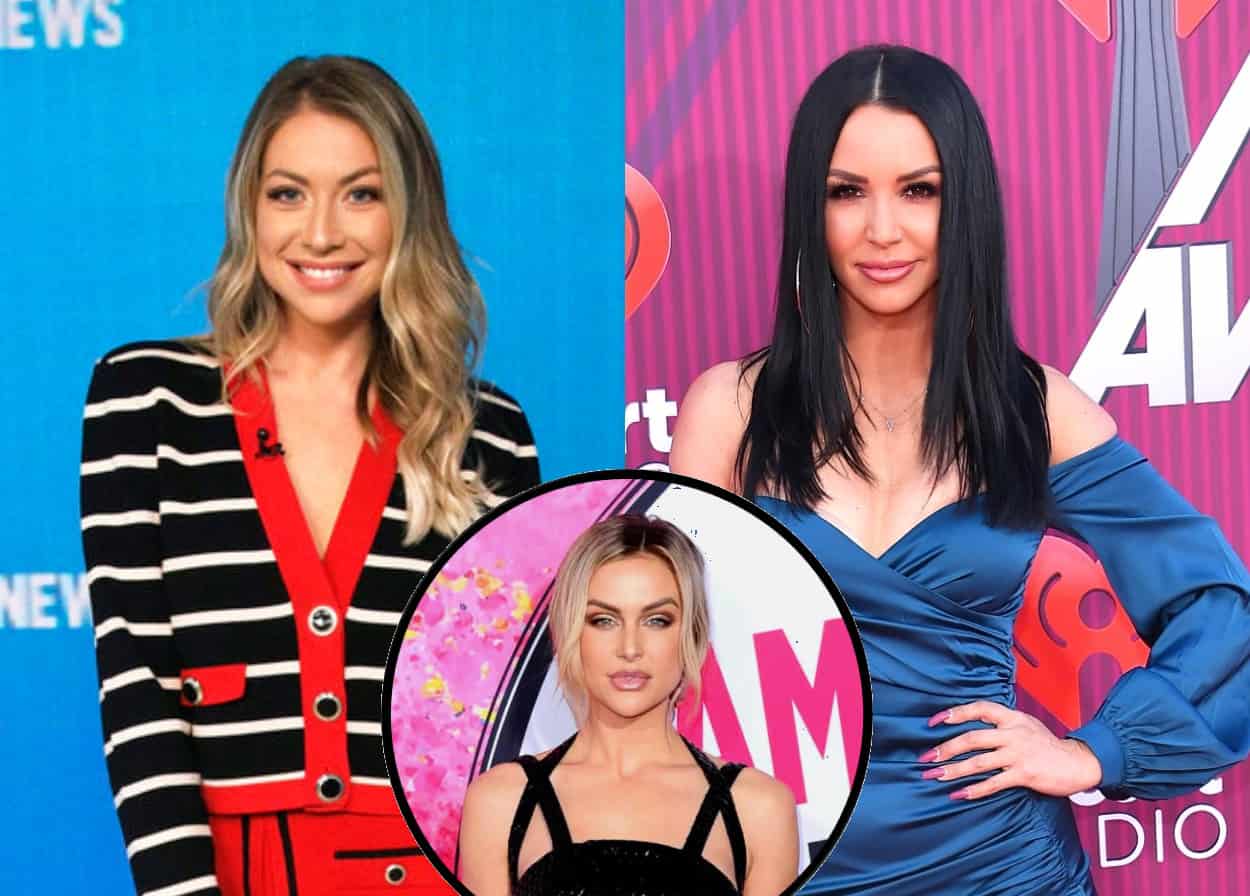 Stassi Schroeder is no longer following Scheana Shay on Instagram.

After Scheana called out Lala Kent on her podcast last month for failing to check on her after her miscarriage and Lala clapped back by taking aim at her boyfriend, Brock Davies, and suggesting Scheana had lied, Stassi seemingly sided with Lala amid their feud by distancing herself from her former Vanderpump Rules castmate.

On October 2, a Pump Rules fanpage on Instagram shared a screenshot that confirmed that neither Stassi nor Lala is following Scheana. It also confirmed that Scheana is not following either one of them.

ICYMI: following all the back and forth over social media recently @scheana no longer follows @lalakent and @stassischroeder, and vice versa…👀 #vanderpumprules #pumprules

During an episode of Scheananigans weeks ago, Scheana confirmed she was not invited to Lala and Randall Emmett‘s gender reveal party before accusing Lala of failing to step up and be a good friend to her when she needed her the most.

“I was screaming at the top of my lungs. I was devastated. And I was like… ‘Can you please come over?’ And she was just like, ‘Well, I’m going to dinner.’ I needed her and she wasn’t there because she had dinner with celebrities [Megan Fox and Machine Gun Kelly]. It just showed her priorities,” Scheana stated.

In response to Scheana’s claims against her, Lala shared a statement on her Instagram Stories, suggesting that while Scheana may have felt that her story was correct, she was glazing over a major detail.

“She would rather focus on me ‘not being there for her’ than the fact [Brock] said he was working, turned his phone off, and went golfing that day. Weird how that was just glazed over. This is why her relationships are always a train wreck that make epic TV,” Lala stated.

Lala then claimed she had no idea that Scheana wanted her to come over because she had told her she “just wanted to go to bed.”

Following the drama, an insider told Hollywood Life that Scheana is “done” with her friendship with Lala.

“Lala is all for herself,” the source explained. “It’s all about Lala, her world, and her life. Scheana feels Lala used her in the beginning of the show when nobody liked [Lala] or welcomed her into their circle of friends. Scheana stood by Lala when no one else did, and she feels Lala has forgotten that and hasn’t been a true friend to her.”

A ninth season of Vanderpump Rules is expected to begin filming soon.