Home Vanderpump Rules Scheana Shay Says Stassi Schroeder Accused Her of Leaking Private Text Messages and Slams the “Bullsh*t” End of Their Friendship, Plus She Admits Vanderpump Rules is “Lacking in Diversity”

Scheana Shay Says Stassi Schroeder Accused Her of Leaking Private Text Messages and Slams the “Bullsh*t” End of Their Friendship, Plus She Admits Vanderpump Rules is “Lacking in Diversity” 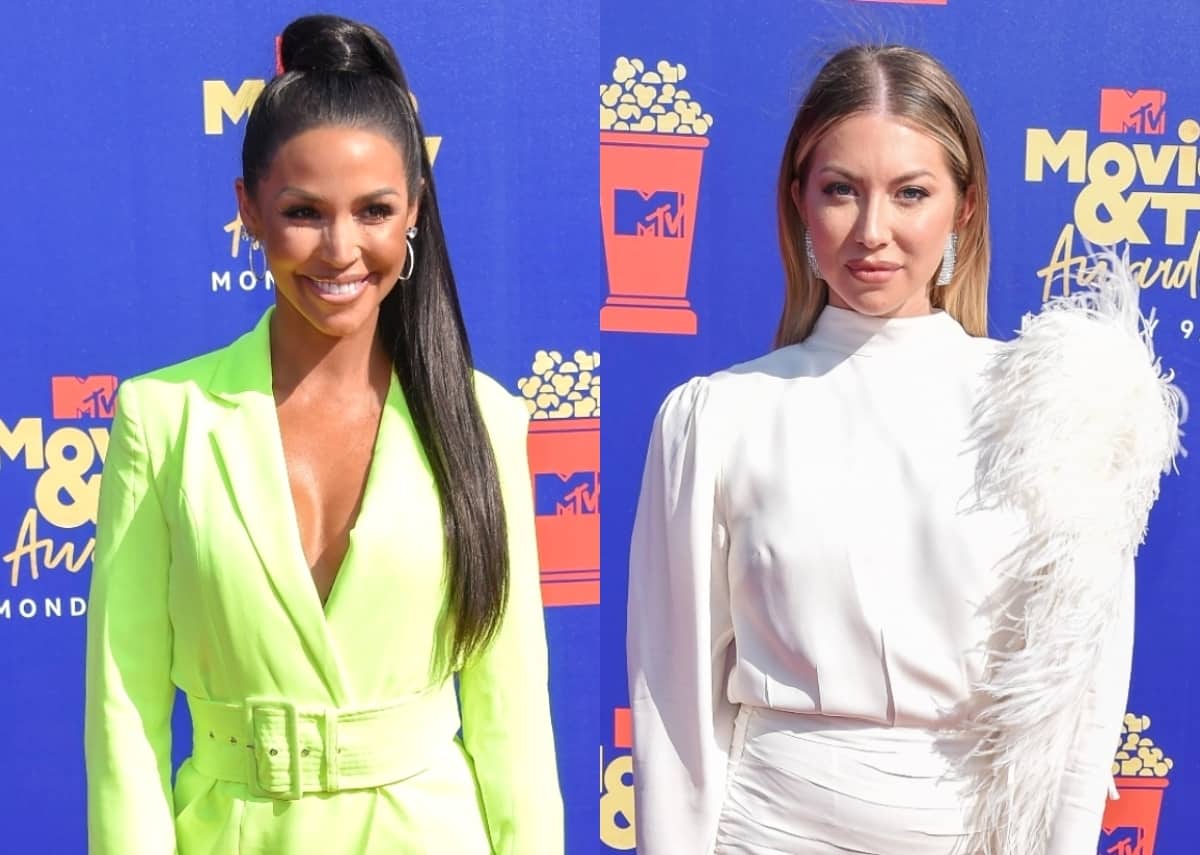 Scheana Shay hopes fans will be met with a more diverse cast when Vanderpump Rules returns to Bravo for a potential ninth season next year and she also opens up about her feud with Stassi Schroeder.

Following the series’ racism scandal earlier this year, which resulted in the firings of Stassi, Kristen Doute, Max Boyens, and Brett Caprioni, Scheana revealed her hopes for the show before opening up about her falling out with Stassi and sharing her thoughts on Stassi’s potential comeback.

“Our show definitely is lacking in [diversity],” Scheana explained on the October 23 episode of Scheananigans, “and we have so many options, so many friends, so many people who work at the restaurants.”

Following a falling out with Stassi earlier this year, Scheana unfollowed her former castmate after learning that Stassi no longer wanted to be anything more than “surface-level” friends.

As Scheana revealed, Stassi chose to cut ties with her after believing that she had leaked their private text messages online.

“She thought that I was sharing her private messages to me in my Huddles groups, which is like a live, Zoom, FaceTime interaction with fans. [But] the only thing that I recall mentioning in a group with them about text messages was about that message she sent me about my miscarriage and how sweet it was,” Scheana explained, giving a nod to her comments about the support she received from Stassi after her devastating miscarriage in June.

Scheana also briefly mentioned Stassi during another conversation with a different fan.

“A fan had asked after she got fired like, ‘Have you checked in on Stassi? How is she doing?’ And there were hundreds of messages. I responded to one and I said, ‘Haven’t heard back from her but spoke to Beau,'” she recalled. “That was all! Just like, ‘Yes I’ve checked in,’ that was it. And I guess that got screenshot, put into a Facebook chat. She was like, ‘Please don’t be talking about me right now.’ And I was like, ‘I’m so sorry, that was the only message I responded to.’”

Once Stassi saw the message, she told Scheana she “had no desire” to talk to her about the issue and preferred to instead keep their relationship limited to a “surface-level” friendship.

“It’s bullsh*t because it’s not even true,” Scheana continued of the allegations against her.

Scheana then said that when it comes to a Stassi comeback, fans shouldn’t write her off quite yet.

“[Her Instagram following] went down and it went right back up. I think she’ll always figure it out, for sure. I don’t ever see Stassi Schroeder going away from the public eye. She may take a break, but she’ll always come back,” Scheana teased.

Vanderpump Rules has not yet been renewed for a ninth season by Bravo.