PHOTOS: Elizabeth Vargas Reacts to Claims of Wearing Fake Chanel After Top Comparisons to RHOBH Star Dorit Kemsley Raises Suspicions, RHOC Newbie Shares Where She Got Her Top From 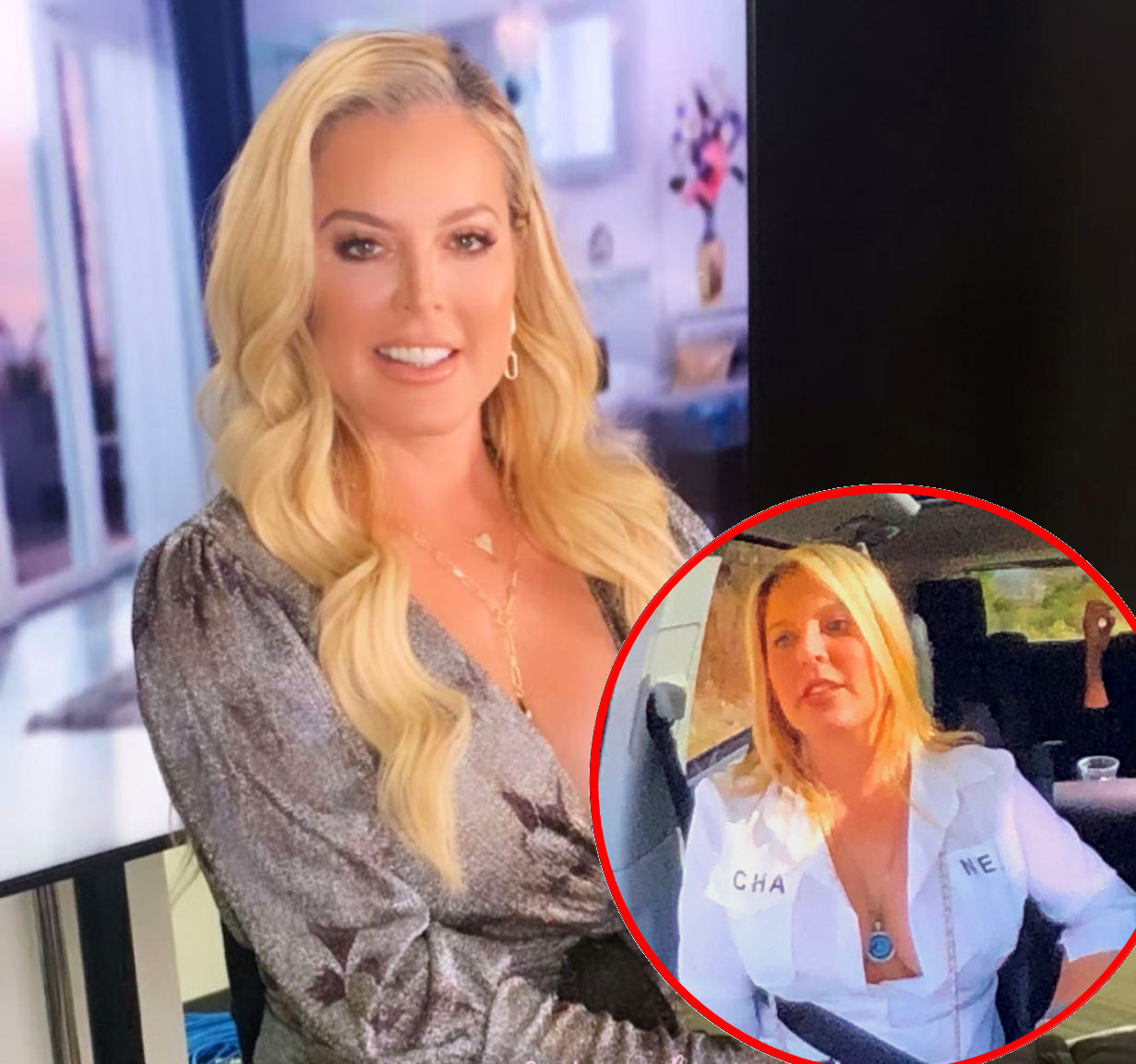 Elizabeth Vargas responded to claims of wearing a fake Chanel button down shirt on her Instagram Stories after her fellow Real Housewives cast member, Dorit Kemsley, was seen wearing the same shirt on The Real Housewives of Beverly Hills.

After the newest member of the Real Housewives of Orange County cast wore the item on the premiere episode of season 15, a number of comparisons between the two women began swirling on social media, many of which accused Elizabeth of wearing the knockoff version of the shirt.

A day after the premiere episode aired, TheRealBadFashions Instagram page first raised suspicion about the authenticity of Elizabeth’s Chanel top.

Then days later, in an Instagram post shared by All About the Real Housewives, fans also pointed out that the letters on Elizabeth’s shirt looked much different from that of Dorit’s, which appeared to be written in bolder letters.

The outlet also noted that both Kris Jenner and The Real Housewives of New Jersey star Teresa Giudice have been spotted in the shirt recently.

While Dorit has remained silent in regards to Elizabeth’s potentially fake shirt, Elizabeth reacted to the All About the Real Housewives post on her Instagram Stories on Sunday night, admitting that she doesn’t actually know if the shirt is real or not.

“Omg! Dorit one of my housewife heroes! I can’t believe I’m in a photo with her 🙂 Who knows if the shirt is real or not it was given to me from a close friend 🙂 but… who cares!!!! I’m in a photo with Dorit!!” Elizabeth wrote along with the side-by-side photo of herself and Dorit. 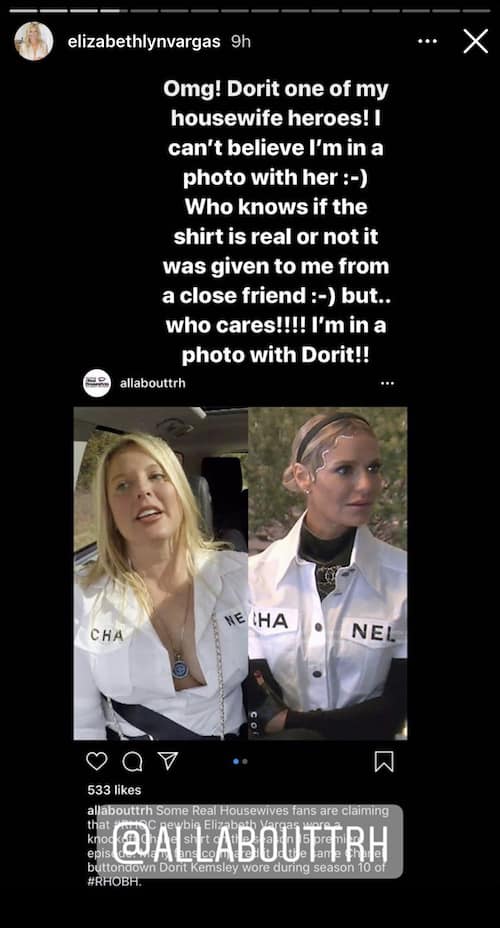 Elizabeth was added to the RHOC cast earlier this year following the exits of longtime stars Vicki Gunvalson and Tamra Judge in January.