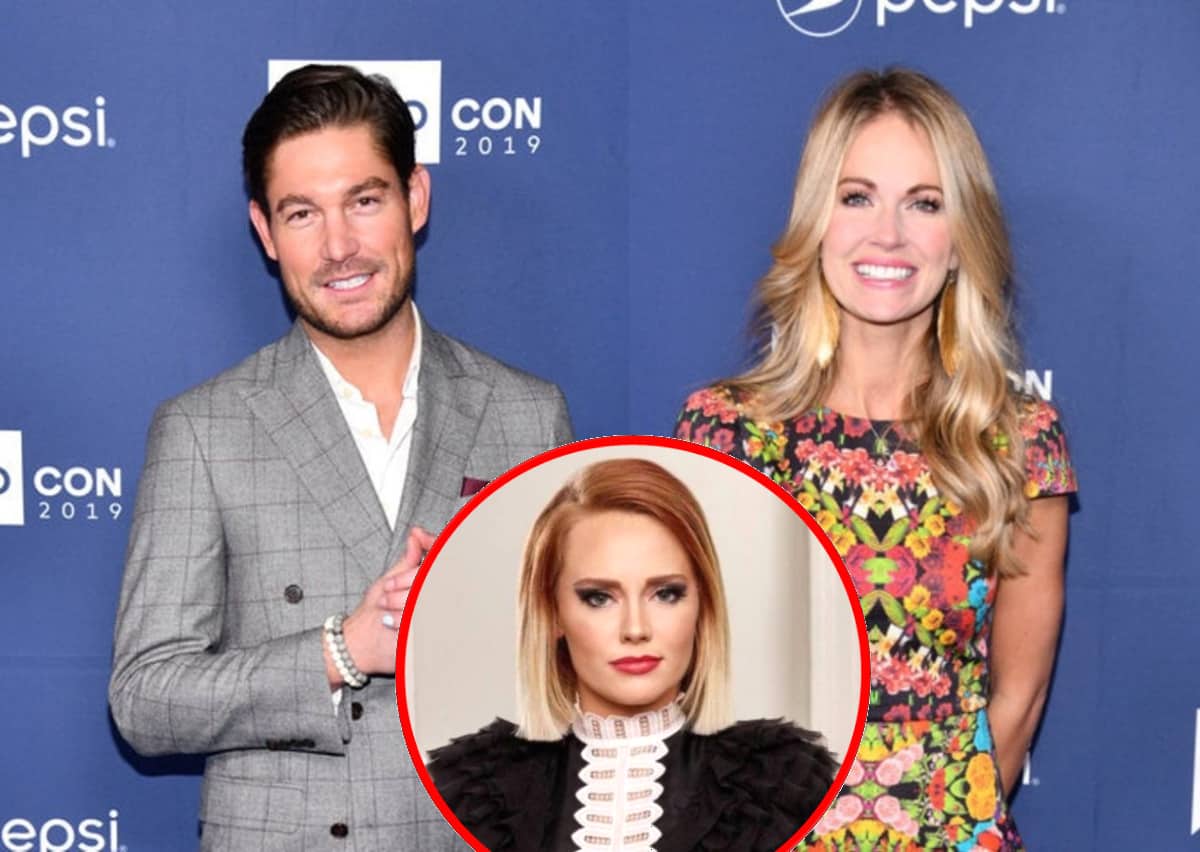 Craig Conover responded to Cameran Eubanks, Naomie Olindo, and Chelsea Meissner‘s exits from Southern Charm during an interview on Friday.

After first admitting to being “blindsided” by Cameran’s departure, Craig addressed her potential return, explained why Naomie and Chelsea’s exits likely won’t “hurt” the show, and revealed his reaction to the bomb Kathryn Dennis dropped during filming in regard to the phony rumor claiming Jason Wimberly had an affair.

“Cameran… I was completely blindsided by that and kind of heartbroken,” Craig told Us Weekly. “I know that she enjoyed doing it with us. Me and her and Shep had been together since the beginning. So that was tough.”

Cameran announced in May that she would not be back for season seven, but Craig believes he will be able to convince her to return for season eight.

“I have a sneaky feeling that I would be able to get her back next year, but we’ll see what happens,” he teased.

Although Craig was disappointed when he learned Cameran was leaving Southern Charm earlier this year, he wasn’t as upset about the exits of Naomi and Chelsea.

“[I] love them to death, but you know, their time on the show was just over,” he said. “In order to do this, you have to be completely transparent and for Chelsea, it just wasn’t for her. She wasn’t going to open up her life to the viewers and [she] didn’t bring anything to the show anymore and Naomi has her plate full with stuff that she wasn’t going to share with everyone either.”

“I don’t think it hurt the show. They had maxed out the information they were going to share so there was nothing more for them to do,” he continued.

While Craig doesn’t know for sure if Cameran quit Southern Charm due to the rumors regarding her husband and his supposed mistress, which both Cameran and the alleged mistress denied, he noted that “the timing was weird.”

“Up until a day before filming, she was going to be filming with me and then all of a sudden she wasn’t, so I don’t know what happened, but something happened,” Craig said.

“Then, you know, Kathryn dropped that bomb on me,” he shared, giving a nod to Kathryn’s on-camera comments about Jason’s supposed infidelity.

“[It] was the craziest feeling that I’ve ever had on the show and maybe in life. I mean, it felt like I got punched in the stomach,” Craig admitted. “There was just so much to unpack when she said that to me.”