RHOC’s Emily Simpson Slams Braunwyn as a “Hypocrite” Who Makes “Questionable Life Choices” and Denies Unfollowing Her Due to “Political Beliefs,” Plus Kelly Dodd Reacts 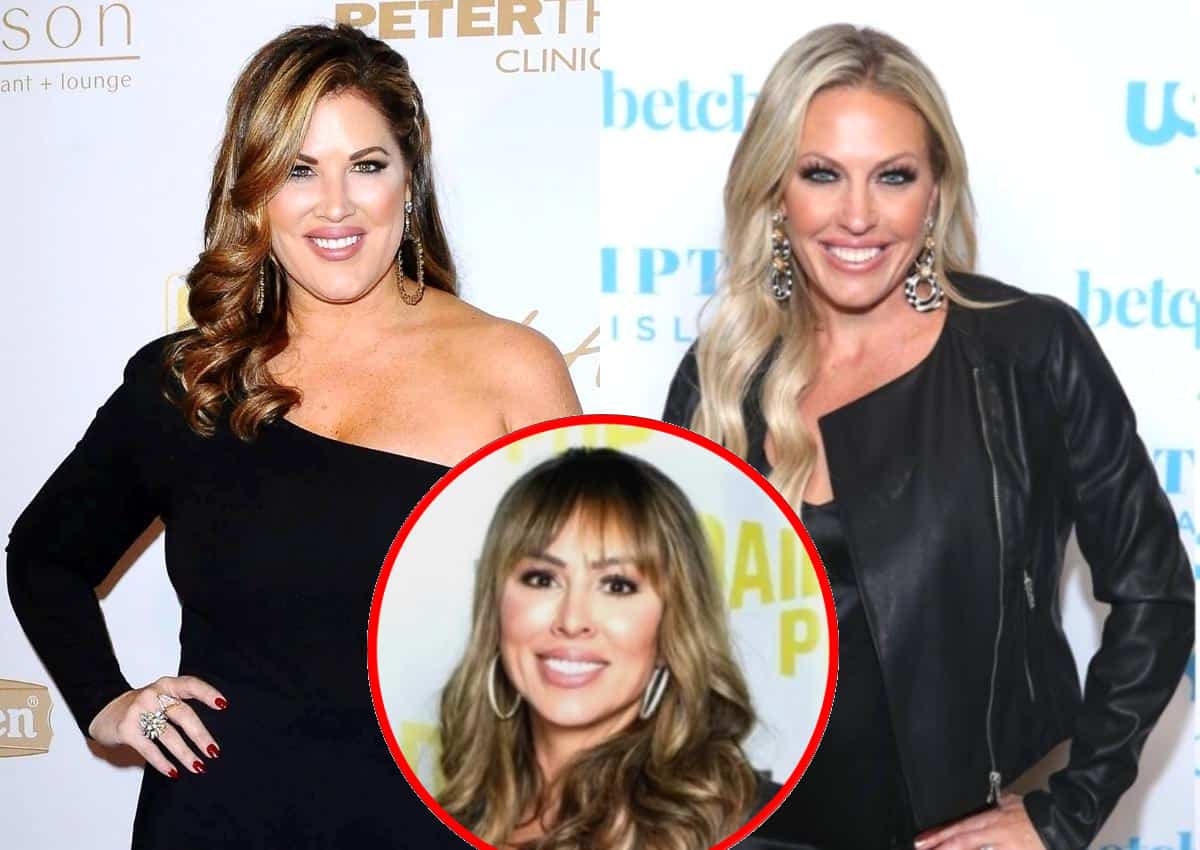 Emily Simpson is speaking out against recent statements shared by her Real Housewives of Orange County co-star, Braunwyn Windham-Burke.

After Braunwyn said on Us Weekly’s Getting Real with The Real Housewives podcast that Emily and Kelly Dodd likely unfollowed her because they are “very conservative” and “Trump supporters,” Emily fired back at Braunwyn, explaining that she actually stopped following her due to her blatant hypocrisy.

“I did not unfollow Braunwyn because of her political beliefs,” Emily Simpson confirmed to All About the Real Housewives on October 27. “I unfollowed Braunwyn because she’s a hypocrite. Braunwyn has an uncanny knack for reeling people in and making them feel sorry for her then firmly requiring that people not judge her choices in life. She uses the terms ‘modern’ and ‘progressive’ to justify her own questionable life choices, while at the exact same time pointing fingers at others labeling them and harshly judging them.”

According to Emily, Braunwyn has behaved especially judgmental toward Gina Kirschenheiter, who she recently slammed for moving into a new home with her boyfriend, Travis Mullen.

“Braunwyn was very judgmental toward Gina for her decision to move in with Travis and made derogatory comments about Gina’s living situation. Braunwyn also doesn’t like [Elizabeth Vargas] and refuses to engage with her. I have no idea why and I find these antics to be blatantly mean and judgmental,” Emily shared.

“Also,” she continued. “Braunwyn has stated that Kelly doesn’t deserve to celebrate her recent wedding because it’s her third marriage. Braunwyn’s judgement is directed at women and their personal life choices all while standing firmly on her soap box and preaching about how she ’empowers women.’ The blatant hypocrisy is why I chose to unfollow her.”

After seeing her RHOC castmate’s interview, Kelly weighed in with a post shared to her Instagram Stories.

In the post, Kelly included a screenshot of Emily’s comments before confirming she agrees “100 percent.” 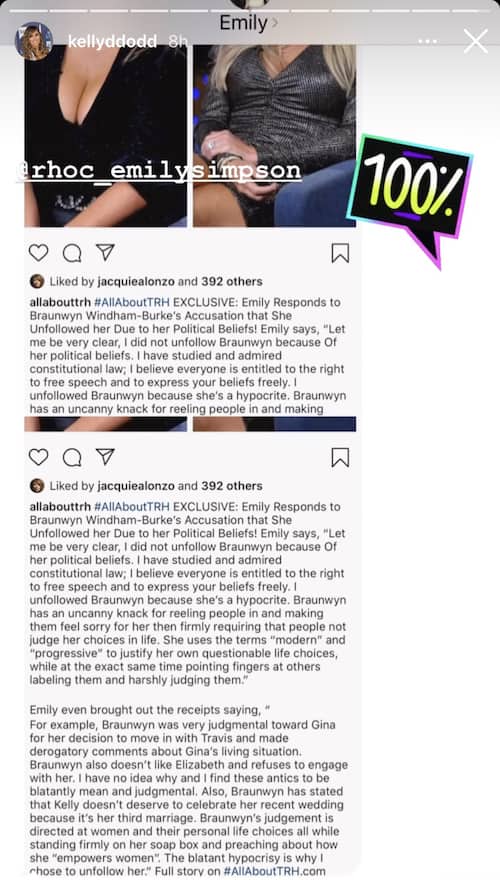 Also during the podcast appearance, Braunwyn said she and Kelly are “diametrically opposed” before slamming her for wearing an offensive “Drunk Wives Matter” hat during her bridal shower earlier this month.

“That’s something that I don’t funny,” Braunwyn explained. “I’ve forgiven her a lot for her big mouth over the years. But now we’re at the point where she is attacking people and it’s more than I can be around.”