Home Real Housewives of Orange County News RHOC’s Braunwyn Windham-Burke Slams Vicki Gunvalson as “50 Shades of Horrible” and Shares Why She Was “Glad” to See Her Leave, Admits Doing A “Little Digging” About Elizabeth and Explains Why Shannon and Kelly’s Friendship Will Remain Intact

RHOC’s Braunwyn Windham-Burke Slams Vicki Gunvalson as “50 Shades of Horrible” and Shares Why She Was “Glad” to See Her Leave, Admits Doing A “Little Digging” About Elizabeth and Explains Why Shannon and Kelly’s Friendship Will Remain Intact 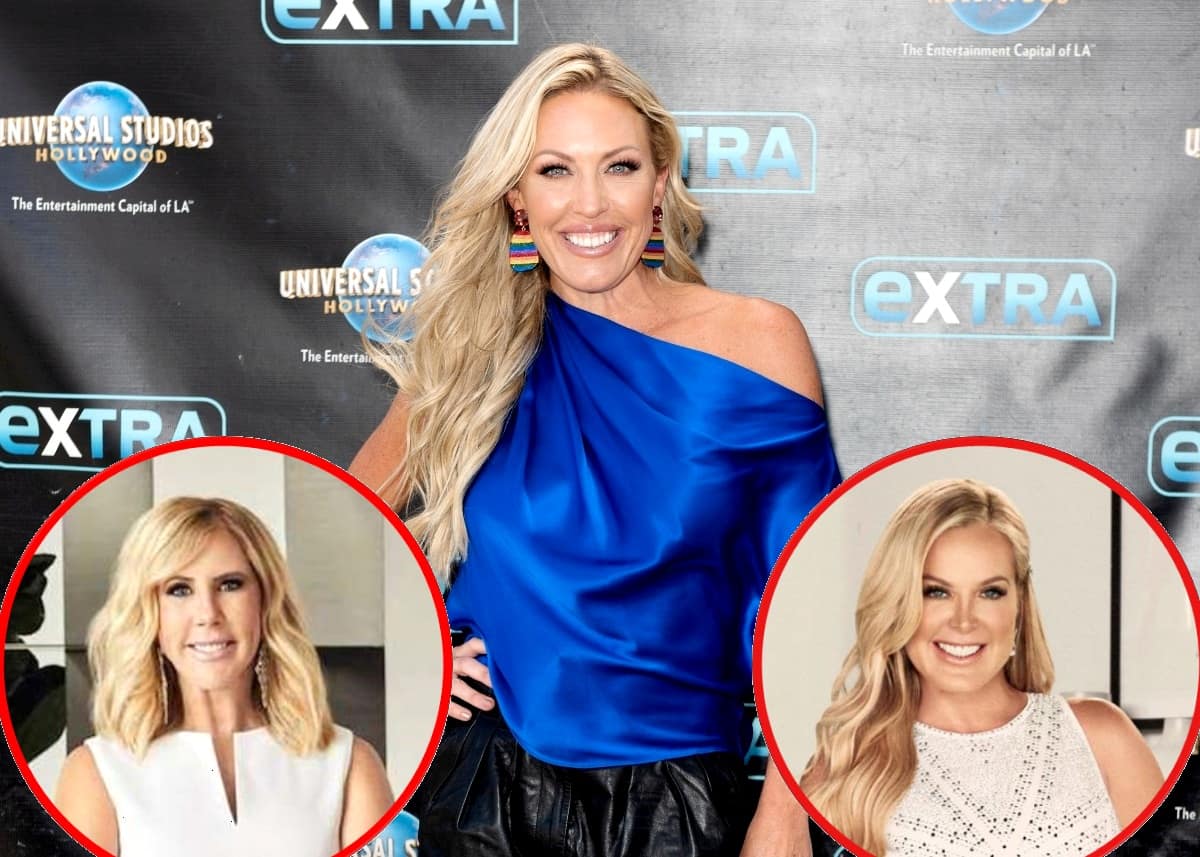 Braunwyn Windham-Burke wasn’t crying tears of sadness when Vicki Gunvalson announced she was leaving The Real Housewives of Orange County in January.

During an interview on People TV’s Reality Check, the mother of seven reacted to Vicki and Tamra Judge‘s exits from the series before admitting to doing some “digging” into the past of new cast member Elizabeth Vargas and sharing her thoughts on Shannon Beador and Kelly Dodd‘s reconciliation.

“I never got along with Vicki. She was 50 shades of horrible to me. So I was like, ‘Yes!’” Braunwyn admitted to host Daryn Carp of her feelings about Vicki’s departure. “I didn’t like her. She didn’t like me. She’s the OG of the O.C. but I was glad to see her go.”

As for Tamra, Braunwyn said the two of them have kept in touch.

“I like Tamra. Tamra and I still hang out. We still talk. Tamra, last year, really was the only member of the cast that really took me under her wing and helped me through it. She’s always been really helpful. Tamra’s my friend so I miss her,” she explained.

While some might assume that Braunwyn’s friendship with Tamra has caused friction between other cast members of the show who don’t get along with her, Braunwyn said that actually isn’t the case.

“On camera we probably talk about it but off-camera, we all have very interesting lives that don’t have to do with the show and we’re able to compartmentalize it,” she explained.

On the heels of Vicki and Tamra’s exits, Elizabeth was brought to the show in a full-time role at the recommendation of Braunwyn. However, after welcoming her friend to film alongside her, things between the two of them seemingly took a negative turn.

“I learned a lot more about her, a lot of things I didn’t know,” Braunwyn said of the moments that followed Elizabeth’s addition to RHOC. “So it’s definitely going to be an interesting journey as people start to figure out things. You know, I got a little bored during quarantine, did a little digging.”

Also during the interview, Braunwyn said that despite their dramatic past, she believes Shannon and Kelly’s reconciliation will remain intact.

“I do [think it will last],” Braunwyn confirmed. “Kelly, Shannon, and I live in the same neighborhood. We are neighbors and we all hang out in Newport, which is a very small town. And then Shannon and Kelly are both businesswomen. They’re both single moms raising amazing daughters. So they have a lot more in common than they don’t. And I think once they got over that feud they were both stuck in, they were like, ‘You know what, we’re better together than we are apart.’”

“I think Shannon was just kind of stuck hearing one side and closed her eyes to the truth last year,” she added.