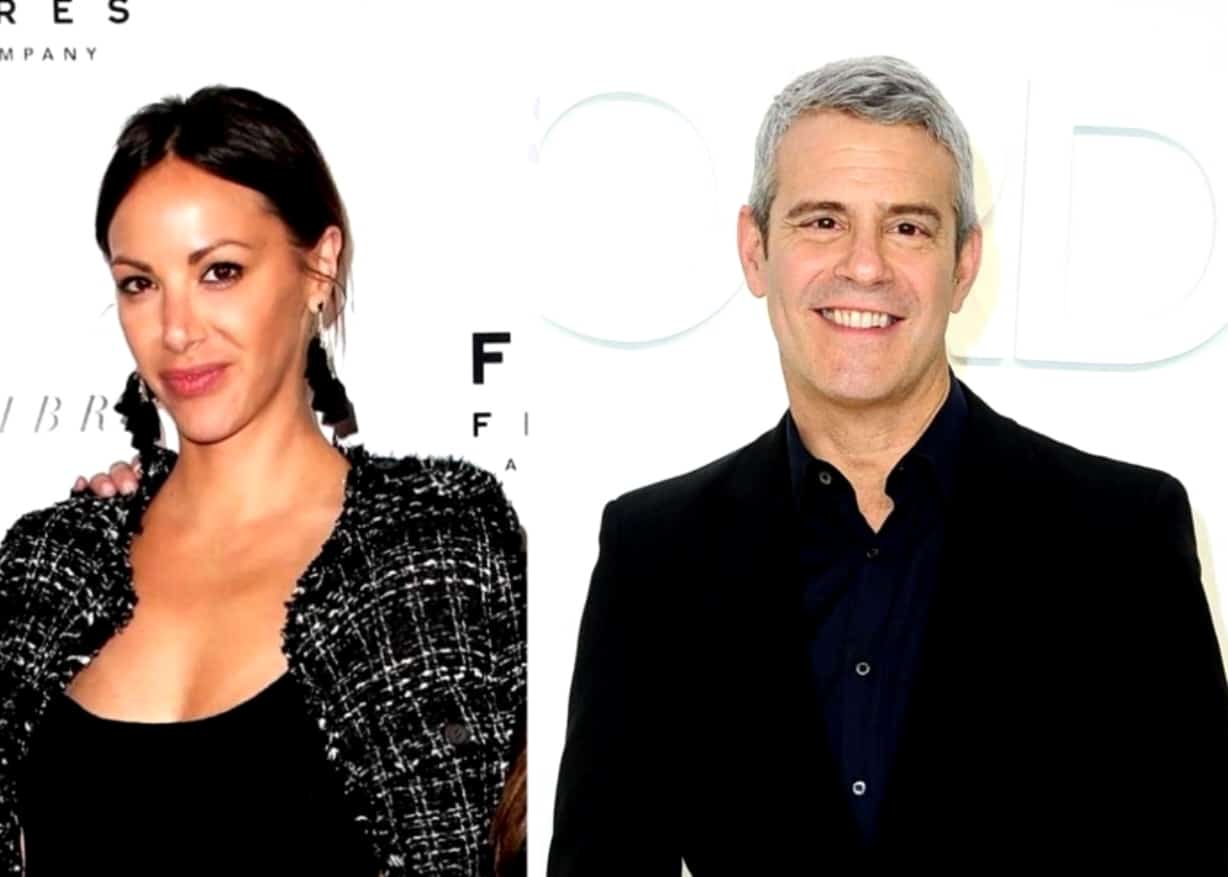 Kristen Doute is reacting to comments Andy Cohen recently made about the potentially upcoming ninth season of Vanderpump Rules.

After seeing that the Watch What Happens Live cast member had suggested that the show would be more authentic now that Bravo has cut ties with her and Stassi Schroeder, Kristen fired back at his statements before pointing out that barely any cast members work at SUR Restaurant.

In a screenshot shared to her Instagram Stories, Kristen began her response to an Us Weekly article by writing, “SOO….” 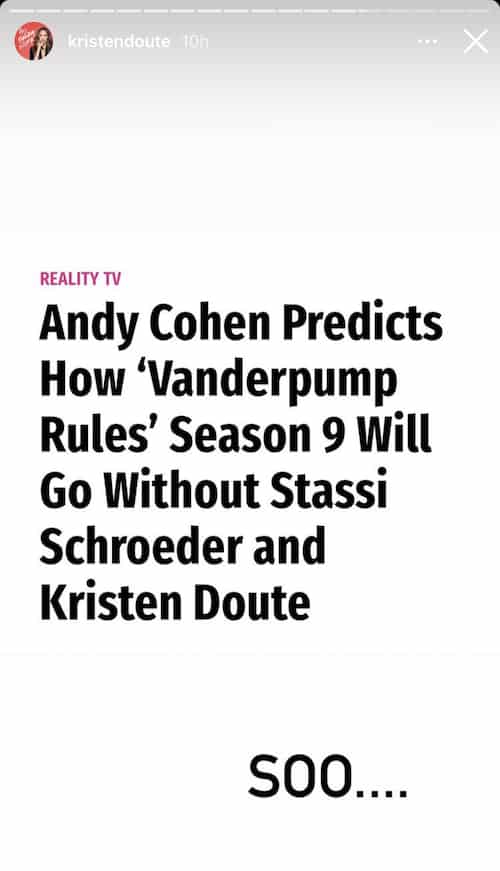 In the article, it was noted that Andy had said on the Everything Iconic podcast that Kristen and Stassi’s exits from the cast would allow producers to focus on what’s “actually happening.”

“That’s going to create a lot of story that is absolutely real, and they’ll be able to lean into it,” he suspected.

But Kristen didn’t agree and made it clear that the remaining members of the show would not be giving any commentary in regard to the lives of her and Stassi.

“It will not ‘create a lot of story that is absolutely real’ because our friends won’t speak on our behalf,” she stated.

“Also,” she continued, “almost no one works at SUR. Just FYI.” 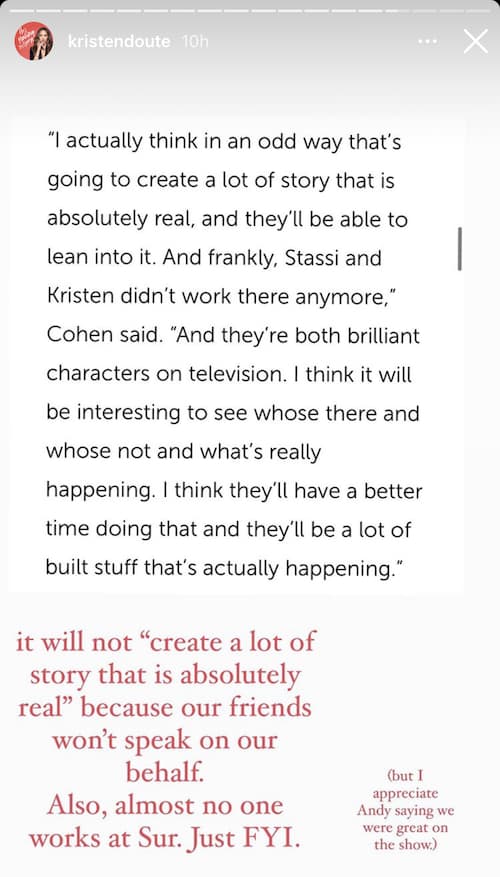 “But I appreciate Andy saying we were great on the show,” she shared.

Bravo announced that Kristen and Stassi would not be starring on the ninth season of Vanderpump Rules, if there is one, after the two of them were accused of racist behavior toward former cast member Faith Stowers.

Moving forward, Andy also said on Everything Iconic that he believed the show’s potential new season would follow Lisa Vanderpump and her staff as they reopen SUR Restaurant after a months-long shutdown.

“I think where it goes is… I think they’re going to have real drama built into her reopening this restaurant after a pandemic,” he shared.