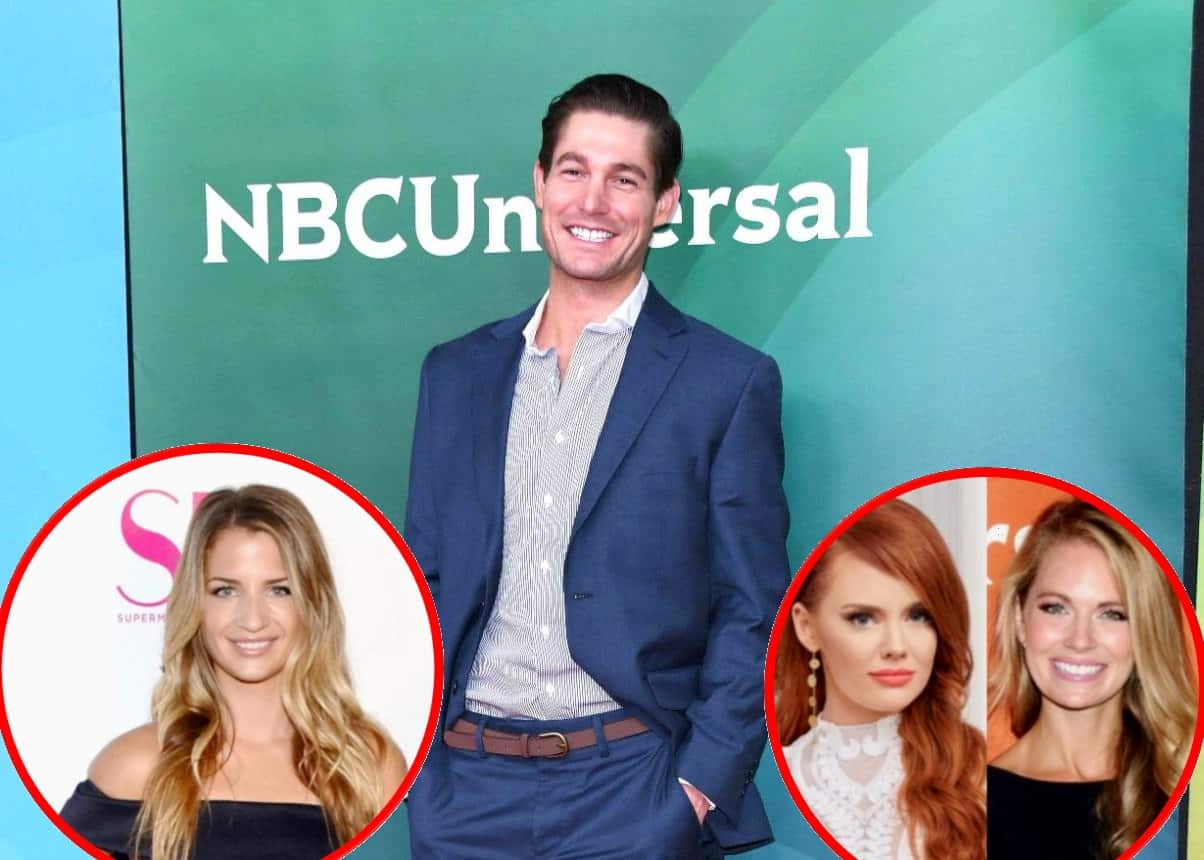 Craig Conover recently ran into his ex-girlfriend, Naomie Olindo, at an event.

During an interview last week, the Southern Charm cast member revealed what took place between the two of them before admitting he was hopeful that they would reunite on camera with Naomie’s boyfriend, Metul Shah, and addressing Kathryn Dennis‘ current feud with Cameran Eubanks.

“[It] was definitely tough [filming with Naomie after the split], the prior two years… Fortunately now, we’re both dating and moved on,” Craig explained on the October 31 episode of The Daily Dish podcast.

According to Craig, once he and Naomie both moved on, they were able to establish a friendly relationship with one another.

“It’s just funny. We had a fun interaction. We ran into each other at an event a couple weeks ago and we talked for like 15 minutes. Her and I just laughed about the things we used to do in our relationship that we don’t do [in our new relationships]. It was nice,” he recalled.

Craig and Naomie have gotten to such a great place with one another that he was actually hoping he’d have the chance to film with them during production on Southern Charm season seven earlier this year. Unfortunately, as fans well know, Naomie quit the series before filming began.

“It would have been great to have her and her boyfriend at a dinner with me and one of my dates but they’re moving in another direction. So it’s fine. But yeah, filming with your ex is not ideal. Usually you don’t want to see them again,” he noted.

During the premiere episode last month, Kathryn shockingly mentioned a fake rumor about Cameran’s husband, Jason Wimberly, supposedly cheating on her. Although the rumor was proven to be false not only by a denial from Cameran, but also a denial from the alleged other woman, fans slammed Kathryn as a horrible friend for bringing light to such an absurd claim.

Speaking of the drama, Craig admitted he was unaware of any resentment between the two women.

“That would be news to me. I thought Kathryn was in a better place,” he shared of Kathryn’s antics towards Cameran. “You’ve got to be the bigger person and I don’t think she was here. But I still don’t have all the information.”