Home Real Housewives of Orange County News RHOC Star Kelly Dodd Fires Back at Jen Shah For Labeling Her as Her Least Favorite Housewife, Plus Jen Reacts to Fans Who Mentions Kelly’s Controversial Past Statements, and RHOC Live Viewing Thread

RHOC Star Kelly Dodd Fires Back at Jen Shah For Labeling Her as Her Least Favorite Housewife, Plus Jen Reacts to Fans Who Mentions Kelly’s Controversial Past Statements, and RHOC Live Viewing Thread 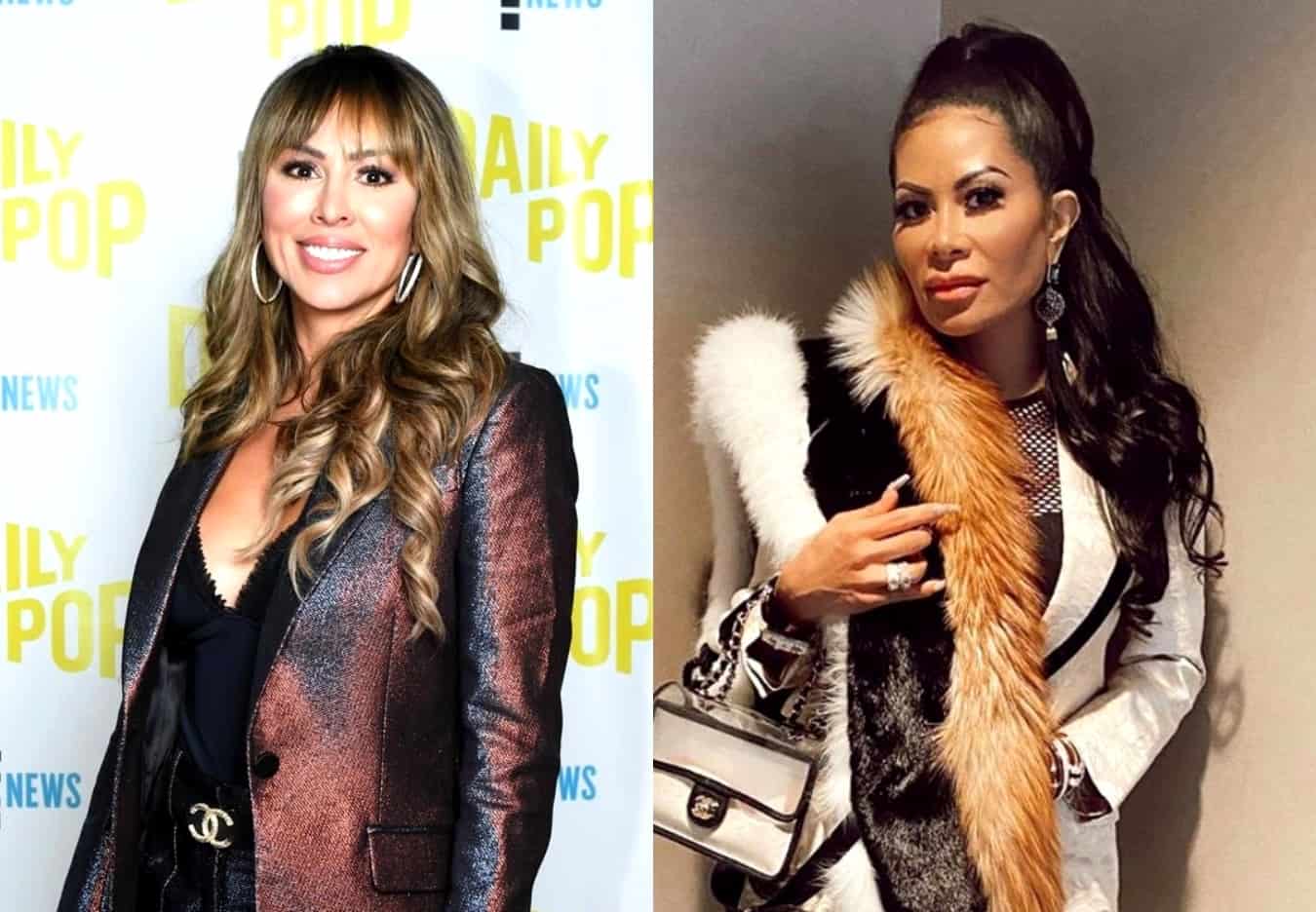 Kelly Dodd is weighing in after seeing that Jen Shah recently named her as her least favorite Real Housewives star of all time.

“Who is this chick??” Kelly asked in response to an excerpt from an Access Hollywood interview shared by the Real Housewives Franchise on Instagram. 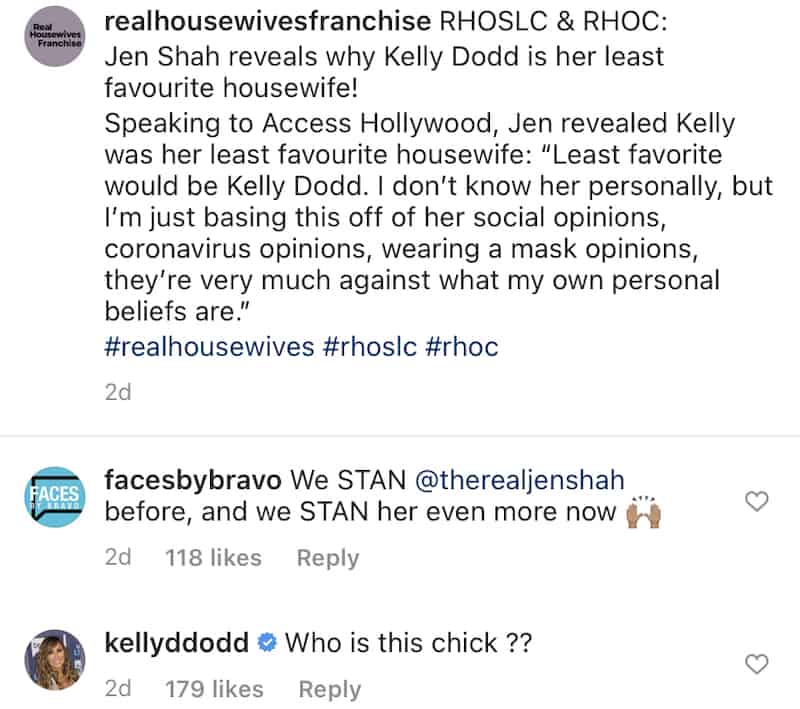 In an interview with Access Hollywood last week, Jen said the RHOC cast member was her least favorite wife due to her controversial views on COVID-19 and mask-wearing. She also noted that Kelly’s social opinions weren’t in line with her own.

In another set of comments shared to the same post, the RHOSLC star reacted to a couple of fans, one of whom said fans were blessed to have her and another who suggested that Jen wasn’t a fan of Kelly due to Kelly’s past statements about not dating black men.

“I mean, Jen is married and has raised/currently raising black men and Kelly doesn’t like black men (and has been recorded saying so) so this shouldn’t surprise anybody,” the second person noted. 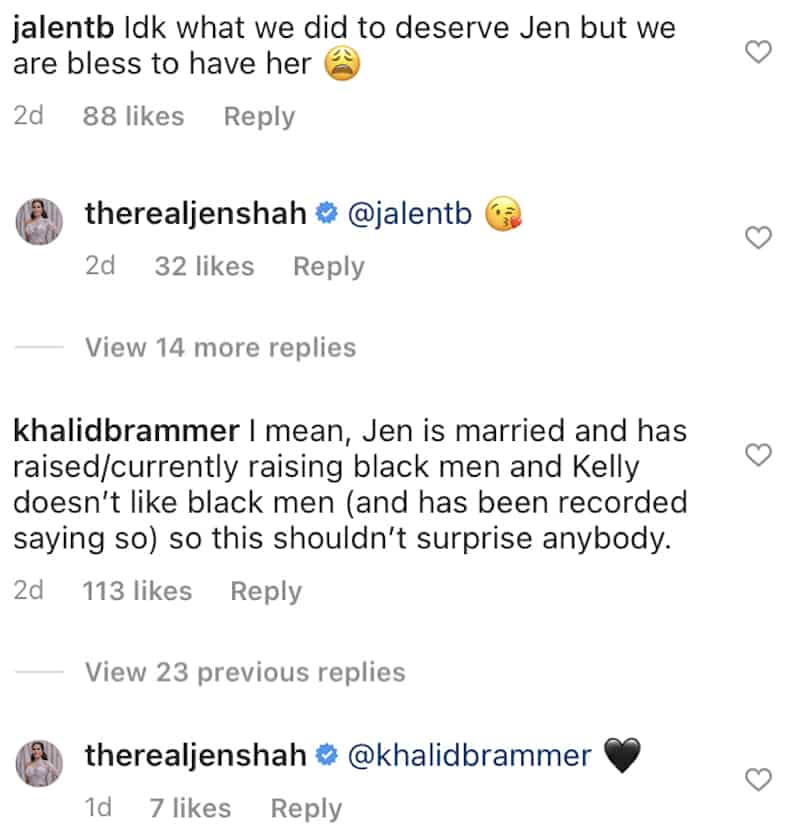 Years after telling TMZ that she doesn’t date black men, and doesn’t even know any black men, Kelly defended herself against allegations of racism by suggesting that she has “experienced racism” as a “woman of color” and explained that she is of Mexican descent.