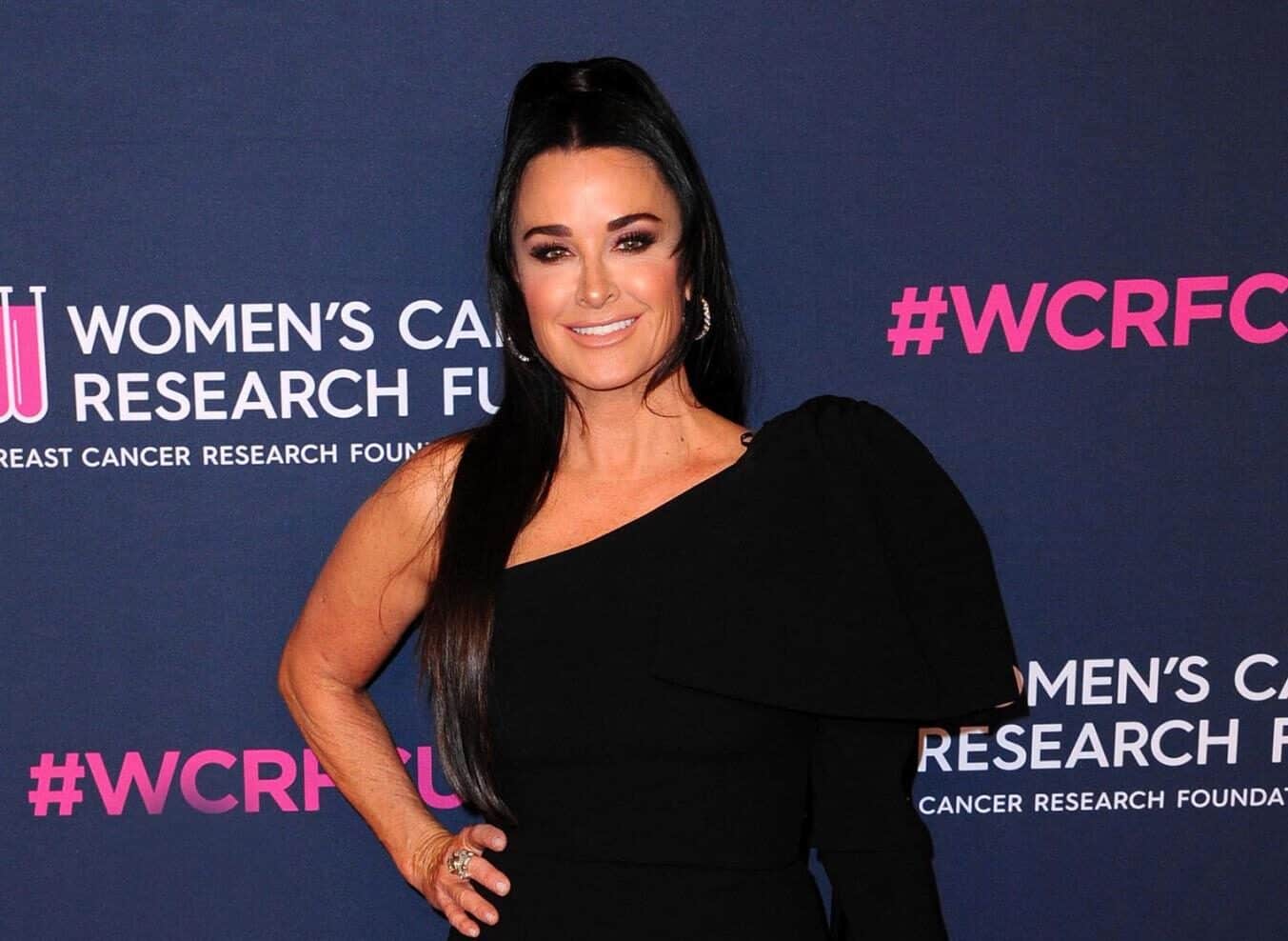 Kyle Richards claims a nose job was behind her “swollen” look during a recent girls’ trip with the Real Housewives of Beverly Hills cast.

After Garcelle Beauvais shared a photo on her Instagram page of the entire season 11 cast, including Kyle’s sister, Kathy Hilton, and series newbie Crytal Kung-Minkoff, Kyle was accused of looking completely different by a number of fans and former cast member Dana Wilkey.

“Who’s ready for [season 11]?” Garcelle asked, along with her January 4 post.

Following the sharing of Garcelle’s photo, fans shared comments about Kyle’s look, including those seen below:

“If that is Kyle on the far right. She looks completely different.”

“She had something done to her face.”

Amid the speculation, Dana shared a zoomed-in shot of Kyle on her own account.

“Ok so this is [Kyle Richards] in [Garcelle Beauvais’] cast picture taken today,” she wrote, “and you guys thought I lied when I said we are all alien shapeshifters… told you we all are!”

“What’s with the nose?” one person wondered in the comments section of Dana’s post.

“I think I read that she had it done recently,” another noted.

After seeing the fans’ comments, Kyle weighed in on the topic herself, confirming her nose job had caused her face to swell after traveling via airplane to her girls’ trip with the RHOBH cast.

“Yes,” Kyle replied. “I had just had my nose done and it was very swollen from flying. This looks more like my long lost cousin.” 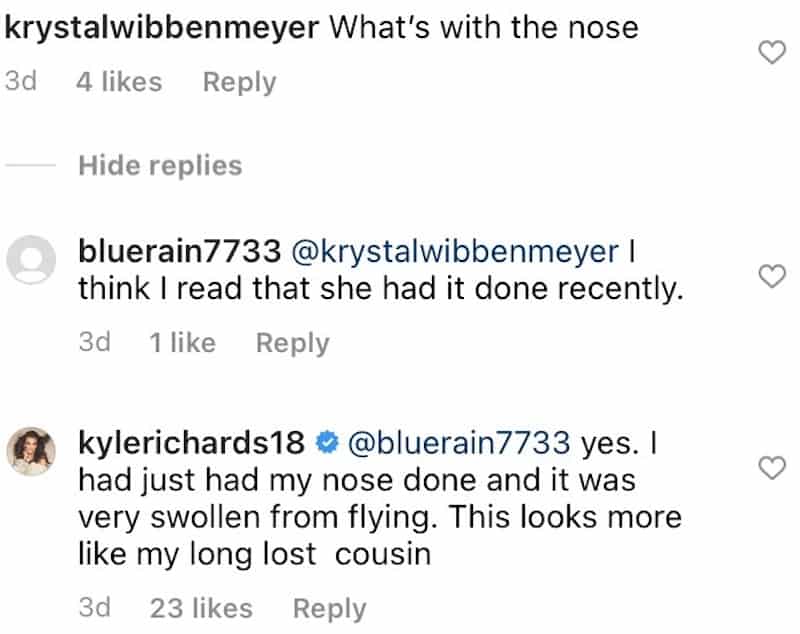 In late October, after paying a visit to former RHOBH star Teddi Mellencamp and her daughter, Dove, Kyle responded to claims of plastic surgery by denying she had a “new face” and ignoring specific questions about her potential nose job.

Days later, Kyle copped to her second nose job, saying that after first undergoing rhinoplasty in 2006, she was forced to go back under the knife to reposition her bone after a fracture.

“Since so many of you were speculating what I did or did not do to my face… here is your answer. I fixed my nose,” Kyle revealed. “I broke it last September and the bone poking out bothered me. So I fixed the bone, fixed my breathing problems, and refined the tip. I will always tell you guys the truth.”

The Real Housewives of Beverly Hills season 11 is expected to air on Bravo this spring.