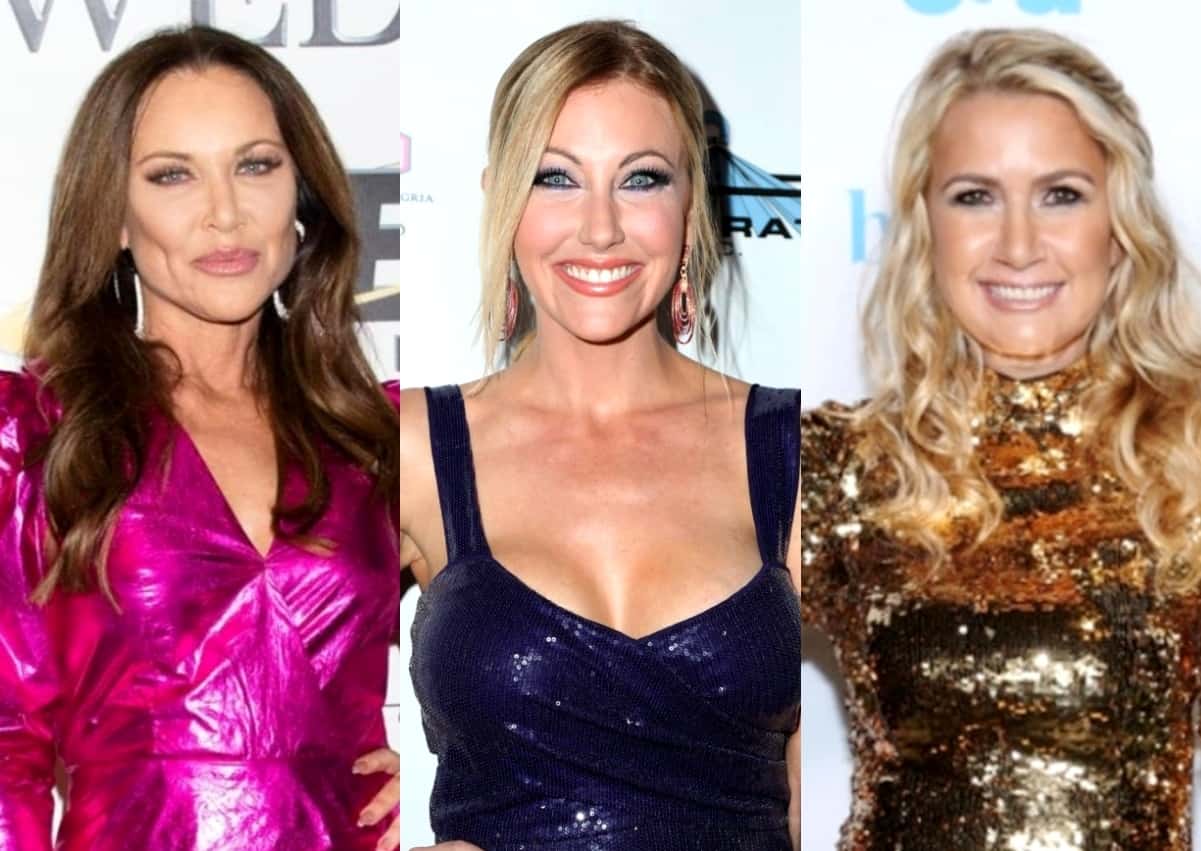 LeeAnne Locken is not holding back as she discusses the controversial comments she made about her former Real Housewives of Dallas co-star, Kary Brittingham, slams Stephanie Hollman for lying, and claims fans wanted more of her and Cary Deuber.

The former reality star was pumped up and ready to chat about her time on RHOD in a new interview. Of course, she was asked to discuss the derogatory words she used in season four to describe Kary, such as “chirpy Mexican,” but it seems that even though LeeAnne apologized for her behavior over a year ago, she’s still angry about how it all went down.

“Let me just point this out… In the state of Texas, we talk about people’s nationality because we are very close to Mexico,” she said on the Behind the Velvet Rope with David Yontef podcast. “Tex-Mex is our favorite food and we refer to people as Mexican down here. We just say that a lot, like, ‘Where do you want to go, I want to go to the Mexican restaurant.’ So, we just use that word a lot and it is not a race.”

LeeAnne added, “I know that the Hispanic people are fighting to have Mexican become a race, but it’s not. And if you really want God’s honest truth, Kary Brittingham and I are the same race, so how can I be racist against my own race? That means I hate myself.”

The Dallas ‘charity queen’ was then asked to explain how she and Kary are the same race.

“Kary has to click Caucasian when she enters any country,” she responded. “I mean, you understand that Mexico is a melting pot of Black Mexican, White Mexican, Latino Mexican…”

Still, LeeAnne maintains that she does not have “a single bone that believes in discrimination,” but she still wants to speak her mind, and she’s angry with Bravo for allowing her to be labeled a racist.

“You know what, is [Kary] chirpy? Yeah! The b*tch won’t shut up! I mean, you know, that’s what I mean,” she explained. “I think in season one I called Brandi [Redmond] a “yappy chihuahua” when she talked too much. I just – stuff flies out of my mouth, whether it’s politically correct or not, and that’s just the truth. And does it actually qualify it to be racist? No, it doesn’t, and I think it’s b*llsh*t that Bravo let it go as far as it did.”

As for an allegation Stephanie made in the past, claiming producers actually covered up other racist comments LeeAnne had made, the former reality star alleged that Stephanie is a “liar.”

“Those words came out of Stephanie Hollman’s mouth, by the way, who is the biggest liar on our show,” she professed. “That’s b*llsh*t! Do you really think if there was footage of me saying worse, that they would hide it?”

LeeAnne also took a shot at Stephanie’s marriage, suggesting her home life is not as perfect as she portrayed on the show.

“When have they ever hidden anything bad that I’ve done? When?” she continued. “When I hit the camera, did they hide that? They haven’t protected my a**. As a matter of fact, they pushed my a** to make sure that there’s content. So b*tch, go back to your… husband, and fake your happy gorgeous life!”

Though LeeAnne is clearly not on good terms with the majority of her former castmates, she does keep in touch with Cary Deuber, and she explained that viewers would like to witness their relationship now that they’ve patched things up.

“We have [worked things out] honestly, authentically [and] genuinely. And it’s sad that we didn’t get to show that, you know? ‘Cause I think that what people really want to see is genuine growth,” she claimed. “When you look at who’s grown on the show, who has grown on the show? Who’s the same as season one and who’s grown? And I’m not talking about, they decided to get better fashion.”