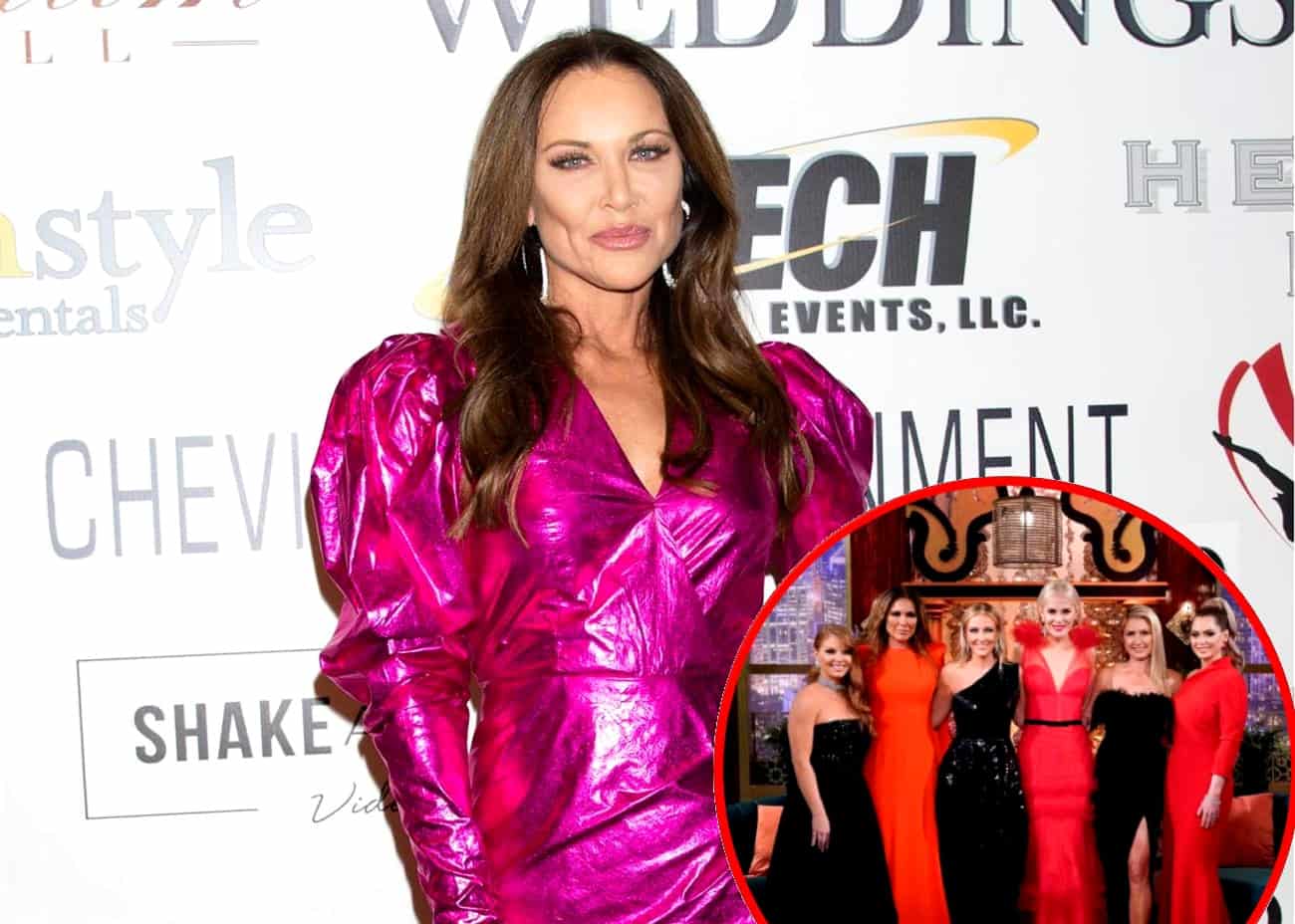 LeeAnne Locken may not be filming the fifth season of The Real Housewives of Dallas, but over the weekend, while chatting on Instagram Live with Tamra Judge and Vicki Gunvalson, she claimed to know a lot about the new episodes.

Months after confirming she would not be a part of season five, LeeAnne told her fellow ex-Real Housewives that the new season had been shortened due to a lack of content before suggesting her former castmates had been banned by production from saying her name on camera.

“You know what’s so sad is I hear that Dallas is going to be like half of the season from last year,” LeeAnne told the ladies, according to a video shared by a Real Housewives of Orange County fan page on Instagram.

As fans may recall, Tamra and Vicki said earlier this month that the upcoming 15th season of RHOC, which they will not be a part of, had also been shortened and blamed the lack of content on Bravo’s supposed decision.

“[There’s] no content. Like, I don’t know what the storyline is,” LeeAnne said of her own former series.

She then claimed to have heard from an “insider” that the RHOD cast had attempted to talk about her on camera before being shut down by their producers.

“I did hear… You know what? So I heard from an insider that they several times tried to talk about them and production stops the conversation and is like, ‘No talking about LeeAnne.’ And I’m like, ‘Yeah, earn your own damn paychecks!” LeeAnne exclaimed.

LeeAnne claimed in February that she made the decision to leave the show on her own, but in the months since, it has been reported that she was actually fired from the show due to the racially charged statements she made to and about Kary Brittingham. In fact, just last week, D’Andra Simmons told Reality Blurb that it was not LeeAnne’s choice to move on.

The Real Housewives of Dallas season five is expected to air on Bravo sometime later this year or early next year.

In this article:LeeAnne Locken, RHOD, Real Housewives of Dallas