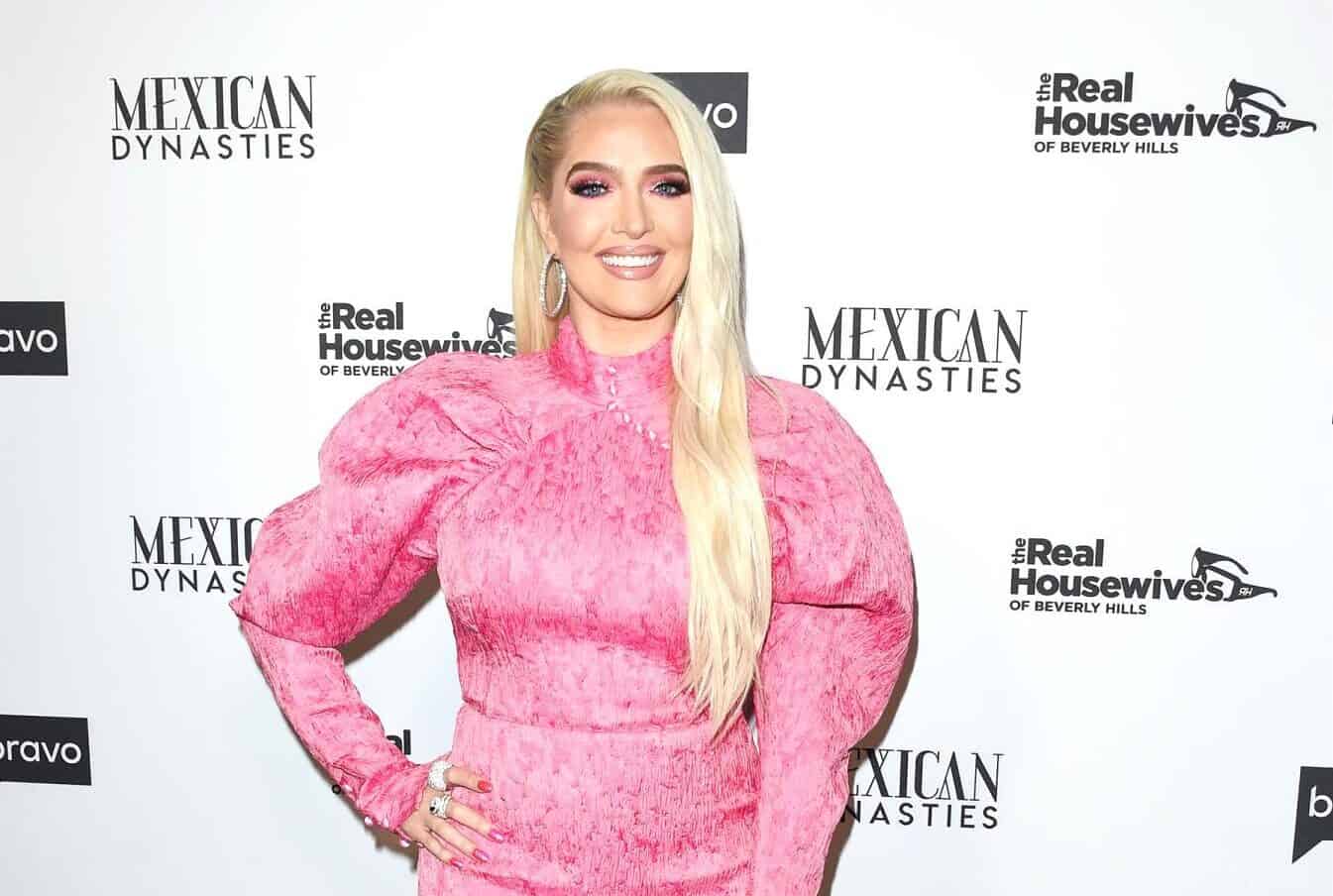 Erika Jayne took to Twitter on Tuesday to thank her many supporters.

As she continues to face an uphill battle with her legal drama and divorce from estranged husband Thomas Girardi, the Real Housewives of Beverly Hills cast member shared a positive tweet about her future while also posting an interesting meme on Instagram.

“But seriously, thank you to everyone that has supported me through this ENTIRE journey. Erika Jayne, RHOBH, etc,” Erika tweeted on March 16 after retweeting a number of photos of herself with fans.

“I love performing for all of you,” she added. “The best is coming.”

Meanwhile, on Instagram, Erika posted a photo of a 1962 book written by Irving George, Madison Avenue Nympho, which was described as a “psychological study of a female Jekyll-Hyde” and included a description of a woman named “Erika Jayne.”

“During business hours, she was Alicia Peters — shrewd, self-possessed, hard-driving woman ad agency executive. Weekends, she was Erika Jayne — a tortured, sex-hungry redhead whom no man… no matter how brutal… could satisfy,” the book explained.

Although Erika only included a couple of emoji in the caption of her post, many believed she was comparing herself to the other “Erika Jayne” while also making a dig at Thomas by suggesting he was “brutal.”

At the same time, others questioned why the word “brutal” was used in a sexual manner.

As RHOBH fans may have heard, Erika was linked to actor Armie Hammer, an alleged cannibal, earlier this year after he reportedly shared a photo of Erika, who he referred to as his “new neighbor,” on a secret Instagram page and suggested she was attempting to pursue him after moving into her $1.5 million rental home.

The Real Housewives of Beverly Hills season 11 is expected to premiere this spring or summer on Bravo.