Home Real Housewives of Beverly Hills News Erika Jayne Reached Her “Breaking Point” After Confrontation With Sutton Stracke on New RHOBH Season, Was Forced to “Keep Defending Herself” to Costars 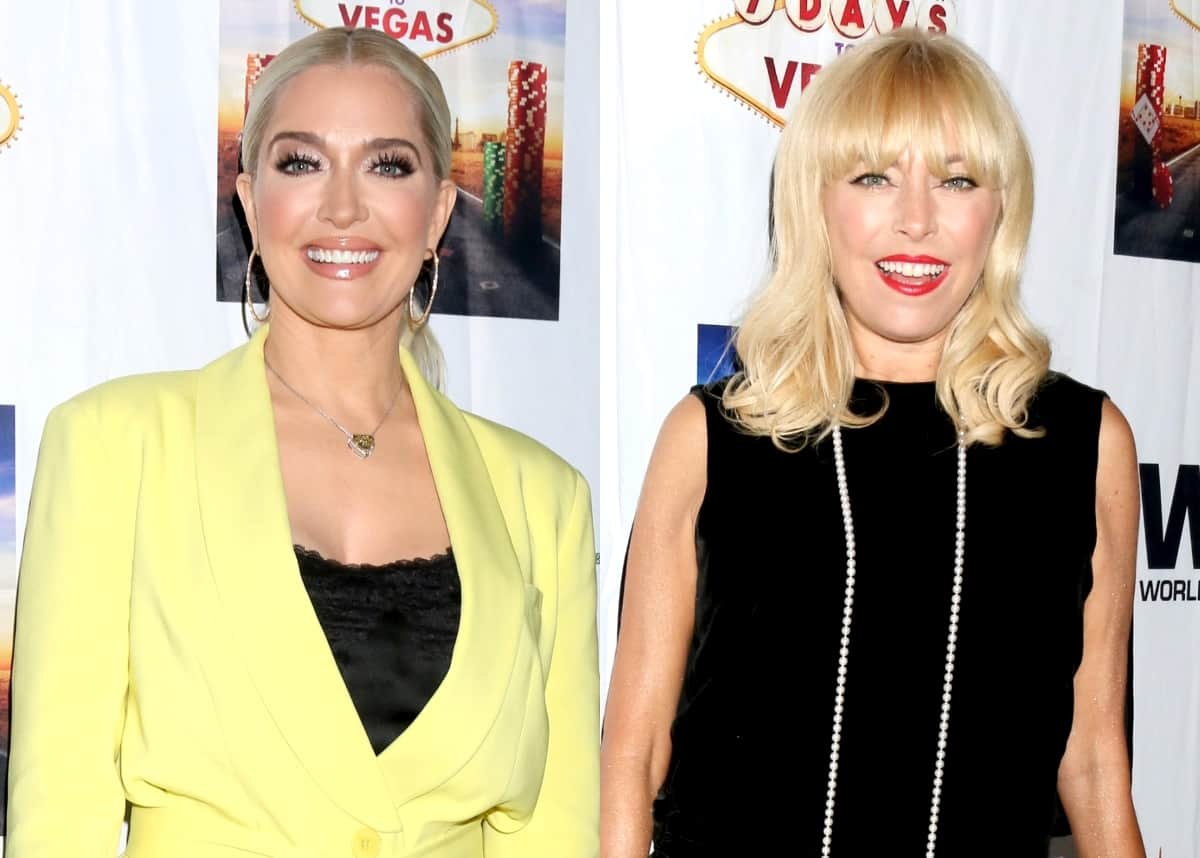 Erika Jayne reportedly reached a “breaking point” while filming the 11th season of The Real Housewives of Beverly Hills.

According to a new report, Erika became overwhelmed after her divorce from Thomas Girardi and the many lawsuits filed against them were spotlighted by her castmates, especially Sutton Stracke, who confronted her on-camera with baseless allegations.

On April 13, Us Weekly revealed that Sutton accused Erika of a number of things “without any proof,” which is “when Erika’s anger comes out.”

Erika got “super emotional” after the women “kept accusing her of certain things and she had to keep defending herself,” an insider explained. “From day one Erika was, like, ‘I will tell my story, but you have to let me tell you myself.’ Then news kept coming out about all these legal issues Tom was involved in and it led to the girls wanting answers.”

Amid filming on RHOBH season 11 in 2020, Erika suddenly filed for divorce after decades of marriage. In the weeks that followed, she and Thomas were accused of embezzling millions from his former clients, including the orphans and widows of those killed in a 2018 plane crash in Indonesia.

“They kept trying to stir up more drama on top of the existing drama Erika had going on in her personal life,” the insider continued, adding that Erika was “not holding back” about her and Thomas’ split.

“She has nothing to hide. She was very open about her divorce, very honest. Like she said [in the teaser], she did not see her marriage ending in a divorce,” the source added.

In the trailer for season 11, Erika was seen telling Garcelle Beauvais that she “did not” receive a heads up about Thomas’ lawsuits and noted that only he “knows the answer” to her castmates’ many inquiries.