by Lindsay Cronin May 4, 2021 17 comments
ShareTweetWhatsappPinterestRedditTumblrMailFlipboard 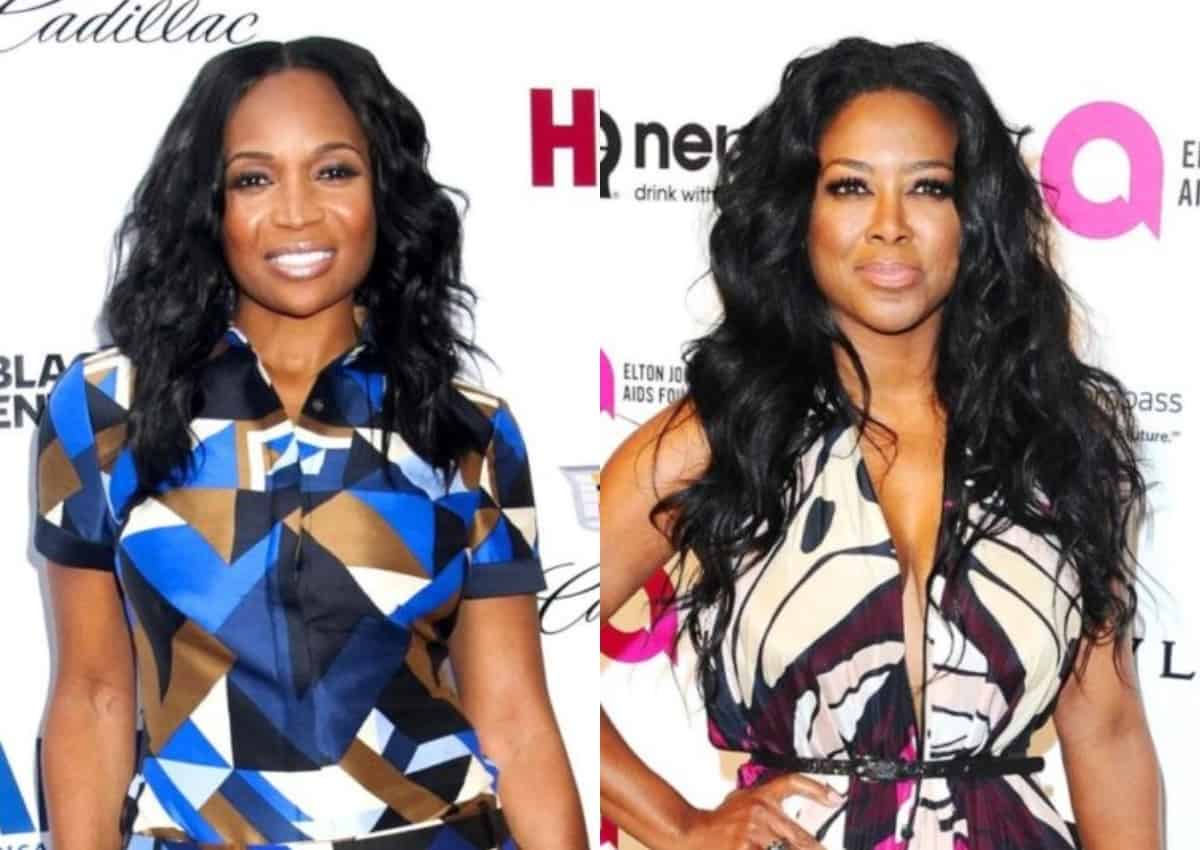 Marlo Hampton appeared on Sunday night’s episode of Watch What Happens Live, where she offered an update on her current relationship with Kenya Moore and clapped back at claims of being used by her castmate.

Following part two of The Real Housewives of Atlanta season 13 reunion, Marlo reacted to the allegations before explaining why Cynthia Bailey is likely dragging her feet on signing a postnup with husband Mike Hill and reacting to Ralph Pittman Jr.‘s claims regarding his trip to Tampa.

“I am still friends with Kenya,” Marlo confirmed on the WWHL: After Show on May 2.

Although Marlo has remained close to Kenya in the months since filming wrapped, she made it clear that she is no pawn. She also said that despite their reconciliation, she hasn’t allowed herself to be completely vulnerable with her castmate.

“Kenya can’t use me for anything. I have my guard still up with Kenya,” Marlo insisted during the live broadcast. “Kenya could not use me.”

When Marlo was then asked if it was fair for Kenya to suggest that the rest of the cast could have brought their kids on cast trips if they wanted, Marlo said it “absolutely” was.

As the episode of WWHL continued, Marlo revealed why she believes Cynthia has yet to sign a postnup.

“Cynthia kind of a little smart. Cynthia’s like, ‘Look, Mike got a new job in Atlanta. He might start making more money than me. Let me just play this off a minute,’” she stated.

As for Ralph’s claims of having a solo getaway in Tampa, where he enjoyed time at the beach, went for a run, and had dinner by himself, Marlo said she doesn’t believe that’s the truth.

“Hell no I don’t buy those receipts. He was at the Penthouse at the strip club,” she alleged.

Also on the RHOA: After Show, Marlo was questioned by a fan who wanted to hear her thoughts about the baby daddy drama between Drew Sidora and Kenya. Drew and Kenya feuded over their exes and Kenya’s comments about Drew’s son’s father’s past stint in jail.

“I must admit, I thought that was a lot with the Drew situation but hey, it was her reality and it’s what’s really going on in her life. And I really respect the person really giving their true reality,” Marlo explained.

The Real Housewives of Atlanta season 13 reunion concludes on Sunday, May 9, with part three at 8/7c on Bravo.