RHOA’s Drew Sidora Offers Marriage Update and Reveals If Husband Ralph Pittman Jr. Regularly Disappears for Days, Plus She Claims She Was “Prejudged” by Kenya Moore 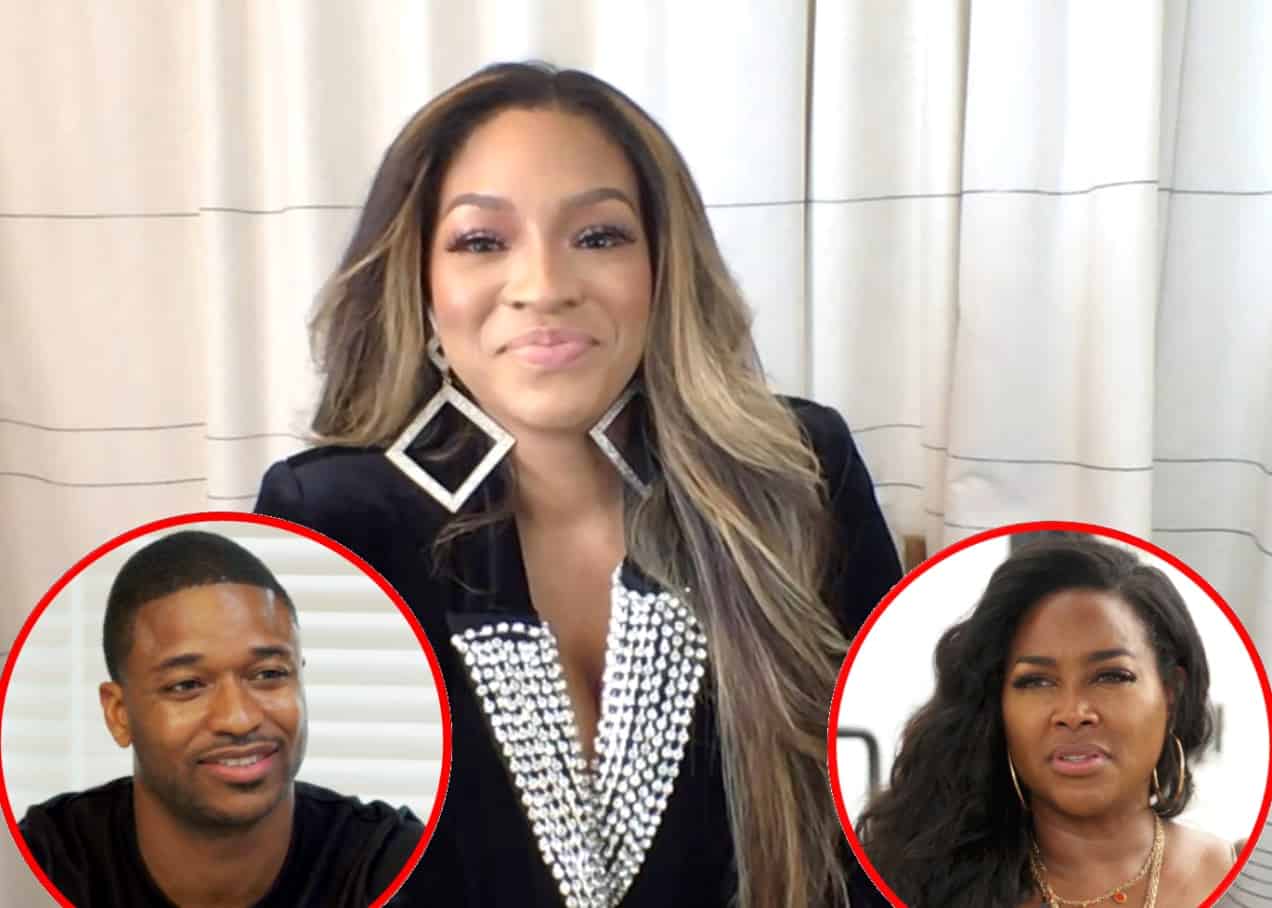 Drew Sidora opened up about her marriage to Ralph Pittman Jr. on Sunday night’s episode of Watch What Happens Live.

Following the latest episode of The Real Housewives of Atlanta, which featured the two of them in counseling, Drew was asked if her husband has made a habit of disappearing before offering an update on their marriage and discussing her strained relationship with castmate Kenya Moore.

“That was a first,” Drew confirmed of Ralph’s trip to Tampa during the January 3 episode of WWHL. “He never left town for multiple days. But I want to say this, as we start off 2021, he actually surprised us and took me and the family and we are at the beach right now.”

According to Drew, who noted that Ralph once booked a flight to Los Angeles before backing out and coming to his senses, she and her husband are on their way to fixing their marriage after filming the drama-filled 13th season of RHOA last year.

“As you saw, he opened up a little bit about his past so there is some trauma as I learned and he’s working on himself and he’s committed to the marriage,” she explained.

As they attempted to work through their issues with the help of their counselor, Drew and Ralph were dealt with further strain in their relationship due to the drama he sometimes experienced with her mom.

“My mom is very vocal, she’s very honest, she speaks her mind. And that a lot of times puts me in the middle,” Drew revealed.

Luckily, despite the butting of heads, Drew said Ralph and her mom actually get along quite well.

“My mom actually loves Ralph. She doesn’t call him son-in-law. She calls him son-in-love and she looks at him truly like she birthed him,” she shared.

As for the claims of stalking his wife that were made against Ralph on RHOA, Drew insisted the cameras installed at her home were simply for protection.

“There’s security cameras everywhere. That’s one thing about Ralph, he is in IT and he, as he shared to me recently in counseling, he wanted to make sure we were safe and that’s the reason why he was watching us on camera,” she said.

During another segment of WWHL, Drew said she was “prejudged” by Kenya.

“I was hurt a little bit because Kenya… she didn’t even give your girl a chance,” Drew noted. “I hadn’t even met her and she had already made a judgment to me. She never really gave me a chance and never really got to know me. She definitely pre-judged, which I was sad about.”