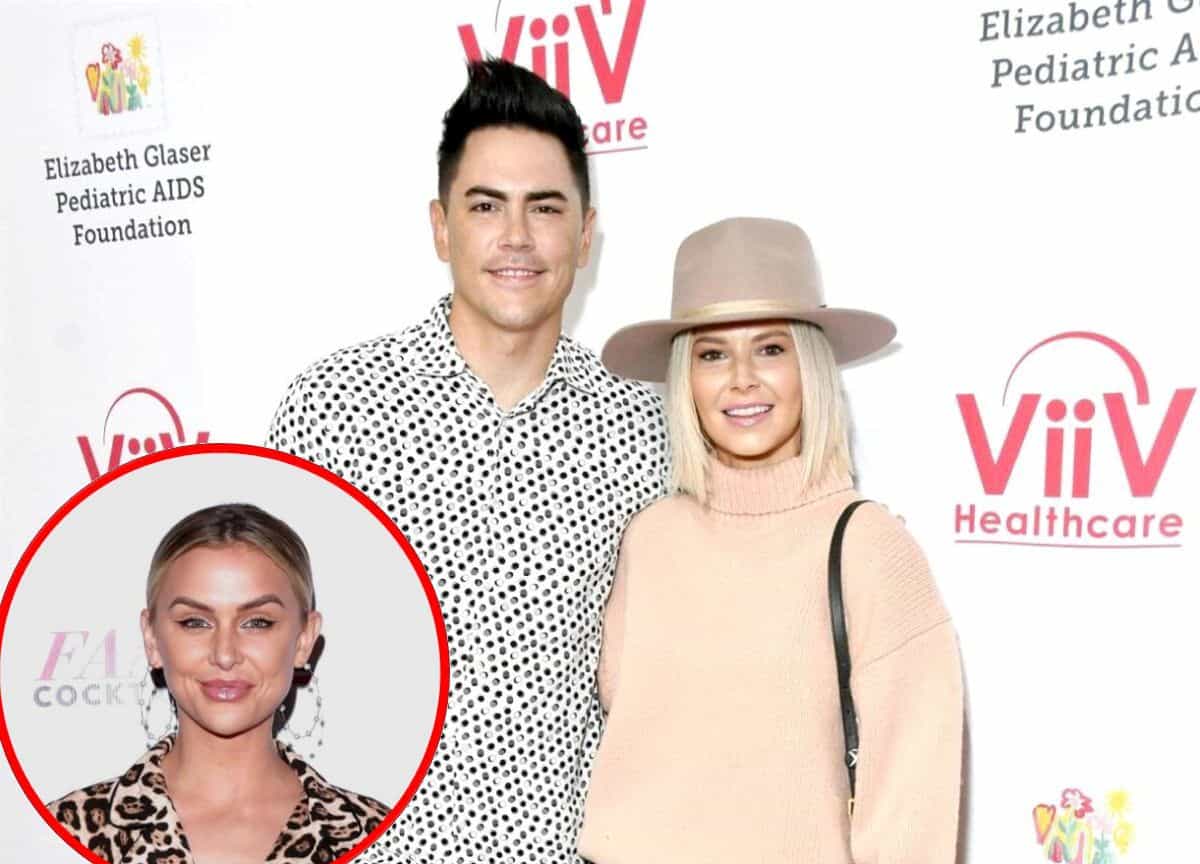 Vanderpump Rules reportedly began filming season nine this week, and stars of the show are dishing on what they’re expecting to happen in the new season.

Pump Rules has been on hiatus for well over a year amid the COVID-19 pandemic as all of matriarch Lisa Vanderpump‘s restaurants were forced to shut down. However, now that most of the popular hotspots are back up and running, Bravo is ready to catch all of the lingering drama on camera. Tom Sandoval, Ariana Madix, and Lala Kent recently discussed how they’re feeling as they get back to work.

“I have pent-up, like, energy … I want to go party,” Ariana said when she spoke with Us Weekly on May 4. “I’m just ready to party. I don’t have any pent-up drama.”

Tom says he doesn’t really have any “pent-up drama” either — at least not with any of the returning cast members — but he’s itching to get back into the swing of things.

“Even just the vibe out here. Being out a little bit in, like, West Hollywood … everybody is, like, definitely ready to go,” he shared. “So, when it happens, when we’re allowed to go full force … I’m really excited that L.A. has been doing very well.”

Ariana went on to say that she’s interested to see how the vibe will change now that co-stars Lala and Scheana Shay have babies to care for.

“I do think it’s going to be really interesting just to see how things roll … with Lala and Scheana being new moms,” she said. “I think it’s just going to be a very interesting thing to watch. Obviously, I’m in it, so it’s a little bit different, but I predict that the viewers will be pleased.”

As for Lala, she’s really hoping to give fans exactly want they want as she claimed she’s ready to “duke things out.”

“It’s been two years of, like, pent-up animosity … little things that everyone’s done where it’s like, ‘Bitch, I have an issue with you and I need to talk to you about it.’”

Of course, she’s likely referring to Scheana considering the two had a falling out late last year, which Lala has claimed happened because she didn’t invite the “Good As Gold” singer to her gender reveal party.

“What triggered it was I didn’t invite her to my gender reveal,” Lala revealed while appearing on the April 22 episode of Lisa’s E! series Overserved. “And when she started turning my gender reveal into a platform for her low-level podcast. Just, like, don’t make my gender reveal about you.”

Nevertheless, since then, the ladies are reportedly back on speaking terms. But viewers will have to wait and see how long that lasts, especially since Lala says “no one is safe” with her around.

“I’m also excited because I’m crazy like this and built for reality TV,” she joked. “No one’s safe! No one’s safe with me.”

Though the Hard Kill actress is a reality TV pro at this point, she still doesn’t know exactly what to expect due to all of the changes that have occurred in the last year.

“So many people have asked what can we expect this season and this is the first year that I can say I have no idea,” she told Page Six.

She added, “A lot of time has passed, [there’s] cast members who were key players that are no longer on the show and there has been a lot of things that have said and happened in the two-year period and now we’re getting together where we have to talk about these things.”

Regardless of the type of drama that goes down — which could potentially include fighting over whose baby has the cuter outfit — Lala believes it will still be “entertaining” even if it is “different.”

Madison LeCroy Discusses A-Rod and J-Lo Split and Jokingly Takes Credit for “Bennifer,” Reveals How She Met Boyfriend, and Teases A-Rod Drama on ...