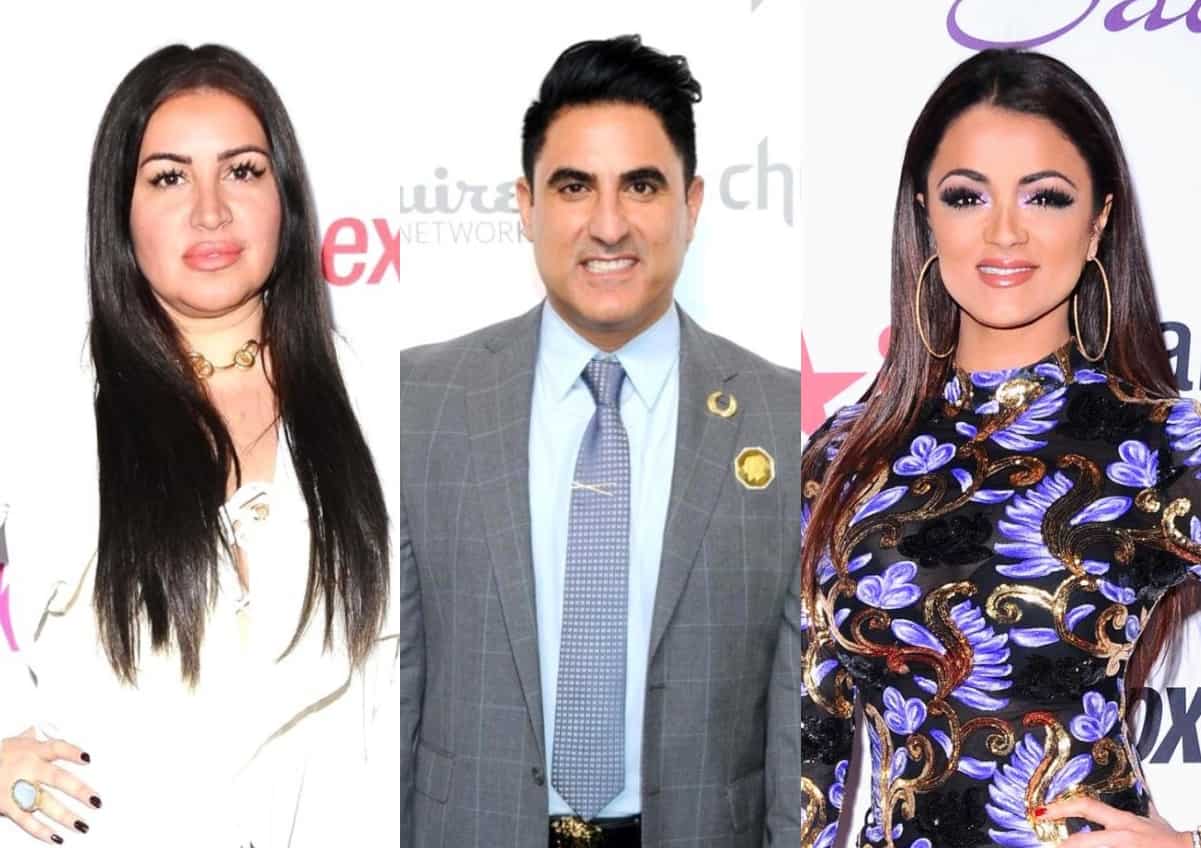 Mercedes “MJ” Javid offers an update on her friendship with Reza Farahan and Golnesa “GG” Gharachedaghi as she reveals what fans can expect from her on the new season of Shahs of Sunset.

MJ and Reza had been friends for more than 30 years when they suffered a huge falling out during season eight. Unfortunately, after a few nasty arguments, things turned legal when Reza filed a restraining order against MJ’s husband, Tommy Feight, which many thought would end their friendship for good. However, ahead of the season nine premiere, MJ calls her relationship with Reza “better,” and it seems viewers will witness how they got to a “better” place.”

“I think we both agree that was the most difficult thing I’ve ever had to go through. It was purely painful,” she shared with E! News while reflecting on last season. . “I know that Reza and I, deep down, we really want to get to a really close place, and it’s going to take a lot of work. You won’t miss any of it because we’re two people with husbands and now I have a family to think about and Reza’s family too, so the desire and the struggle and everything. It’s all very intense.”

Fortunately, the mother-of-one says the new season will be much lighter, which is a huge relief to her.

In the season nine trailer, Reza confronts MJ that he still hasn’t met her two-year-old son, Shams. When asked if her longtime pal has finally met her son, she couldn’t confirm anything, but she teased that fans will “have to tune in to see,” adding, “That moment will be amazing.”

Of course, Reza isn’t the only co-star MJ has had a rocky relationship with, as she’s also feuded with GG over the years. However, thanks to motherhood, the two women are seemingly in a much better place than in previous seasons.

“Golnesa and I were so close for so long as wild, single girls earlier in life, and now that we’re moms, I think that’s a blessing that’s not lost on either of us,” she explained. “I just really appreciate it. I know that I’m happier when I know I’m moving into a good place with her.”

MJ added, “I think you’re going to see a lot of heart. I’ve never been so vulnerable towards my friends, especially my girlfriends. I care so much about our relationship. The dynamics are so great when we are all strong. I think you’ll see from me doing my best to get our relationships strong as a whole.”

Shahs of Sunset season nine premieres Sunday, May 16, at 8/7c on Bravo.