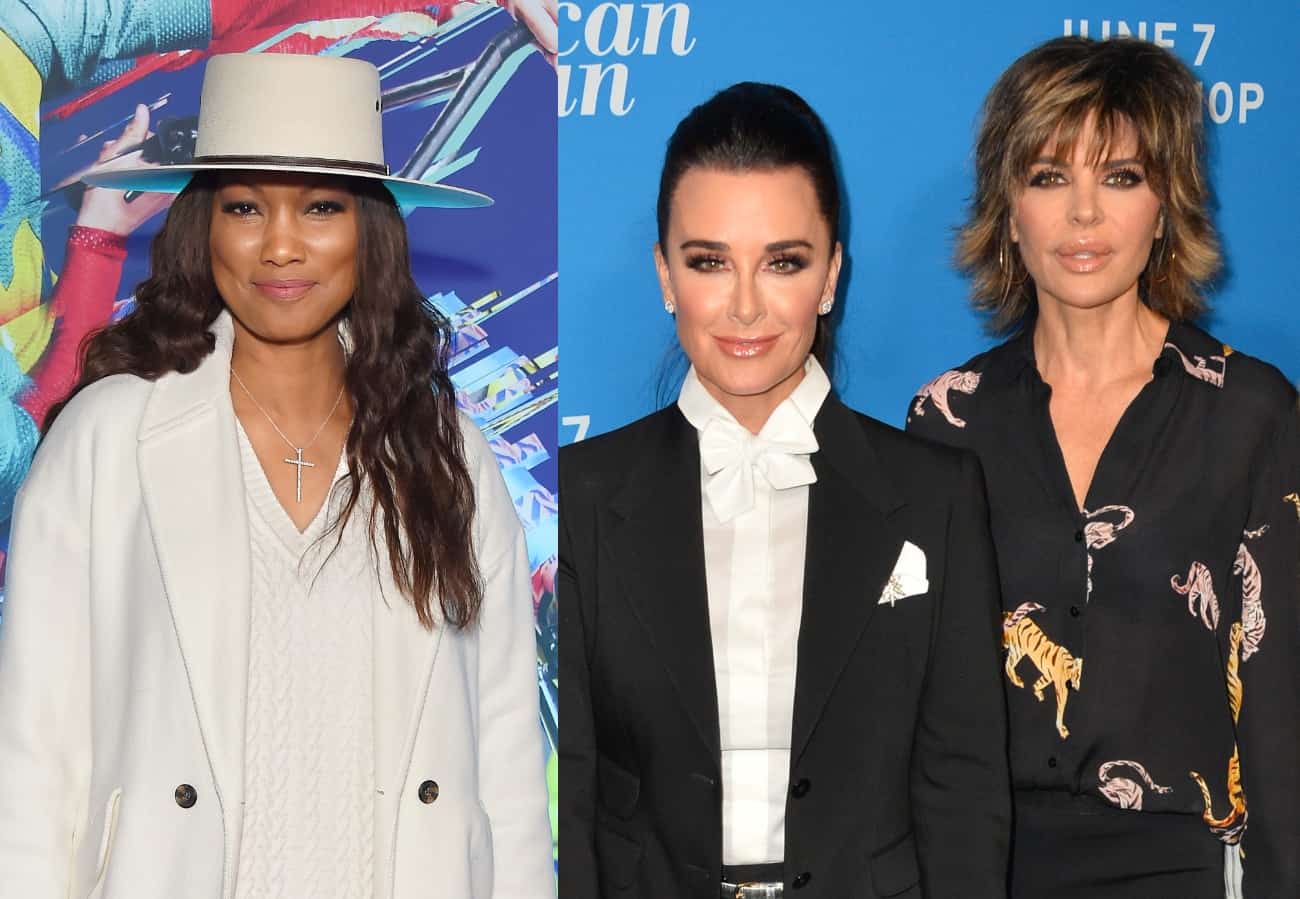 Garcelle Beauvais offered an update about her relationships with Lisa Rinna and Kyle Richards during a recent interview.

Ahead of the Real Housewives of Beverly Hills season 11 premiere, Garcelle revealed if she’s made any progress with her castmates before applauding Erika Jayne for her openness during filming, teasing “tough conversations” about race, and speaking of her future on the Bravo reality series.

According to Garcelle, she had a hard time warming up to Lisa because of the way she treated Denise Richards during RHOBH season 10. As fans will recall, Lisa questioned Denise about her alleged affair with Brandi Glanville, even after Denise denied it had happened.

“It was really hard to see her mistreatment of Denise, for a friend that she’s had for so long. And so we’re trying to figure it out as we go along, but slowly,” Garcelle explained.

Although Garcelle hasn’t made a lot of headway with Lisa, she has gotten to a “good place” with Kyle after unfollowing her after the season 10 reunion.

“At that time, I did not want to see Kyle on my timeline,” she admitted.

After confirming Erika’s divorce and legal drama and split from Thomas Girardi will “play out” on season 11, Garcelle said she was shocked to see how candid her castmate was about what she was going through.

While the cast enjoyed “some really fun” times during production, Garcelle said there were also some “tough conversations” between her and her castmates, especially Kyle.

We definitely have conversations about race, about me walking to a room, versus them walking to a room. You’ll see a lot of that,” she teased, adding that the plight for racial equality was supported by her co-stars.

As for her future on RHOBH, Garcelle admitted that while she’s having fun with her reality position at the moment, she isn’t planning to stay on the series for too long.

“I enjoy half of it,” she explained. “Some of it is really fun. We can really have a great time. The sticky situations are what I’m not fond of but I know it’s part of the show. So I’m happy to be back. I’m not expecting to do it for 10 years like some of the other women. But for now, I’m sticking around.”