by Emily Campbell May 29, 2021 111 comments
ShareTweetWhatsappPinterestRedditTumblrMailFlipboard 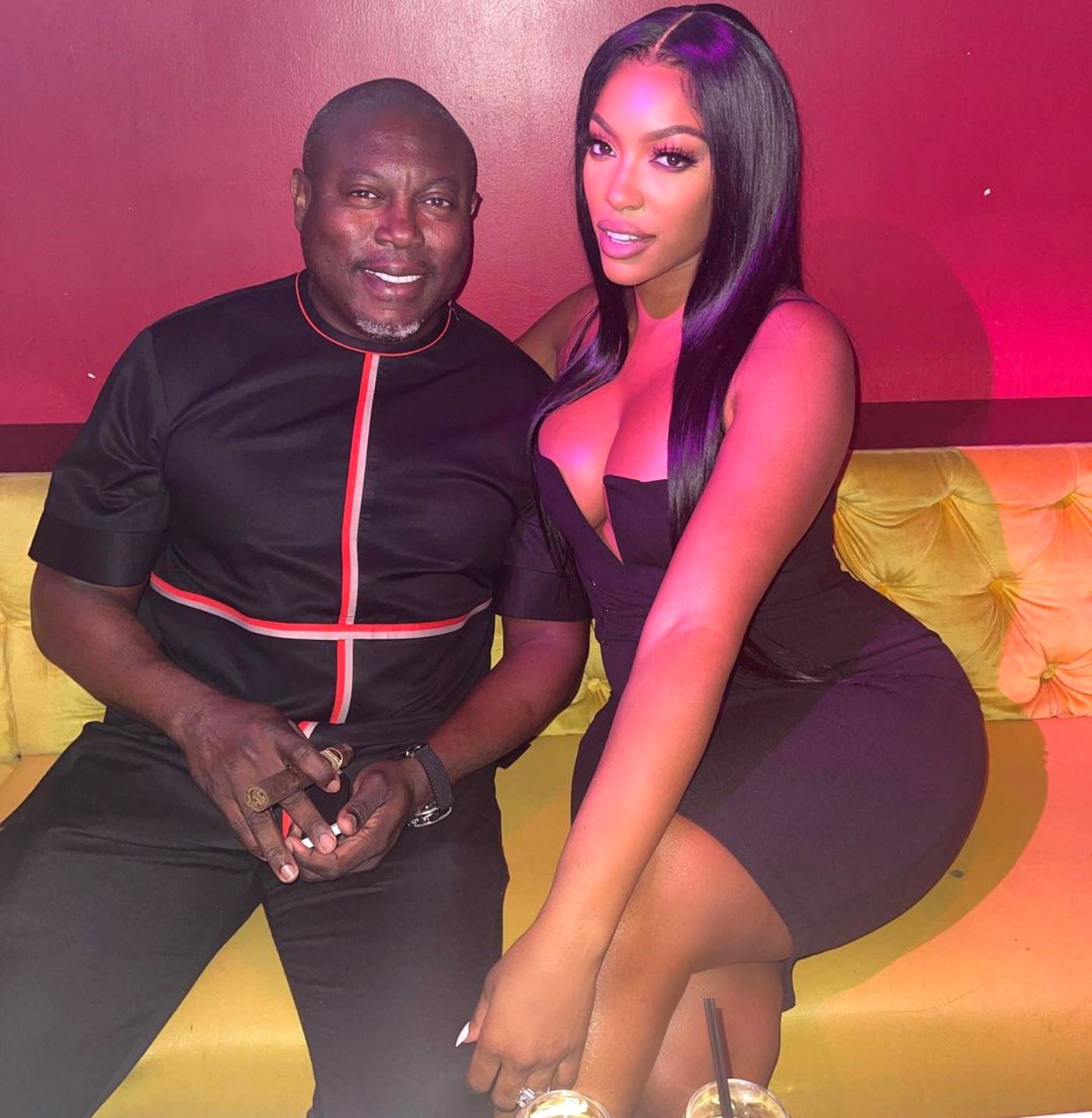 Porsha Williams is seemingly determined to prove her engagement to Simon Guobadia is anything but a storyline.

It seems Simon truly will be a part of the Real Housewives of Atlanta star’s life forever as she recently revealed his name is tattooed on her neck. While discussing celebrity tattoos on a recent episode of her radio show, Porsha bragged about the new ink to her co-stars.

“I got a tattoo,” she said on Dish Nation. “I think it’s a great way to show you love someone. I got my fiancé’s middle name tattooed on my neck.”

Her co-stars appeared shocked – with co-host Sherri Shepherd calling the choice “interesting” – but Porsha explained it’s a way to prove your love for someone.

“Yeah. I think it’s a beautiful way to show you love somebody. It’s sweet!” she exclaimed.

As for why the reality star chose to get Simon’s middle name on her neck rather than a more “exciting” spot, she said the neck area is less painful.

Meanwhile, also on Dish Nation, Porsha discussed her and Simon’s wedding plans, which she says will include three ceremonies. Apparently, Simon has put the mother-of-one in charge of all the planning, and according to Porsha, she can have whatever her heart desires. And it seems that may include a “funeral for the haters” judging by the caption she used when she shared the Dish Nation clip via Instagram.

She added, “He’s African, so we’re going to have a native law of custom ceremony and a regular wedding. And then we’re gonna have another wedding at one of the houses that are out of the country.”

Porsha also has plans to share her real story with the fans as she announced she’s releasing her first book, The Pursuit of Porsha: How I Grew Into My Power And Purpose, in November.

“You may know my story, but you don’t know my WHOLE story,” she wrote via Instagram on May 27 as she also shared a photo of the book cover. “Spotlights leave some things in the shadow. Soundbites, headlines, and rumors share only what sells. But there is so much more. And I finally get to share it with you IN MY BOOK.”

“Inside, I take you back to the beginning, long before the television cameras came my way,” she continued in the caption. “Growing up, finding faith, looking for love, searching for happiness… I get real about it all to give you a first-hand look at how I grew into my power and purpose… and to help you to find your purpose too.”

Of course, her fiancé weighed in on the announcement, commenting, “Extremely proud of you my love.”

Though she received a congratulatory message from former co-star Sheree Whitfield, Drew Sidora was the only current RHOA cast member to comment on the news writing, “Yesssss???????????? Congrats sis❤️”