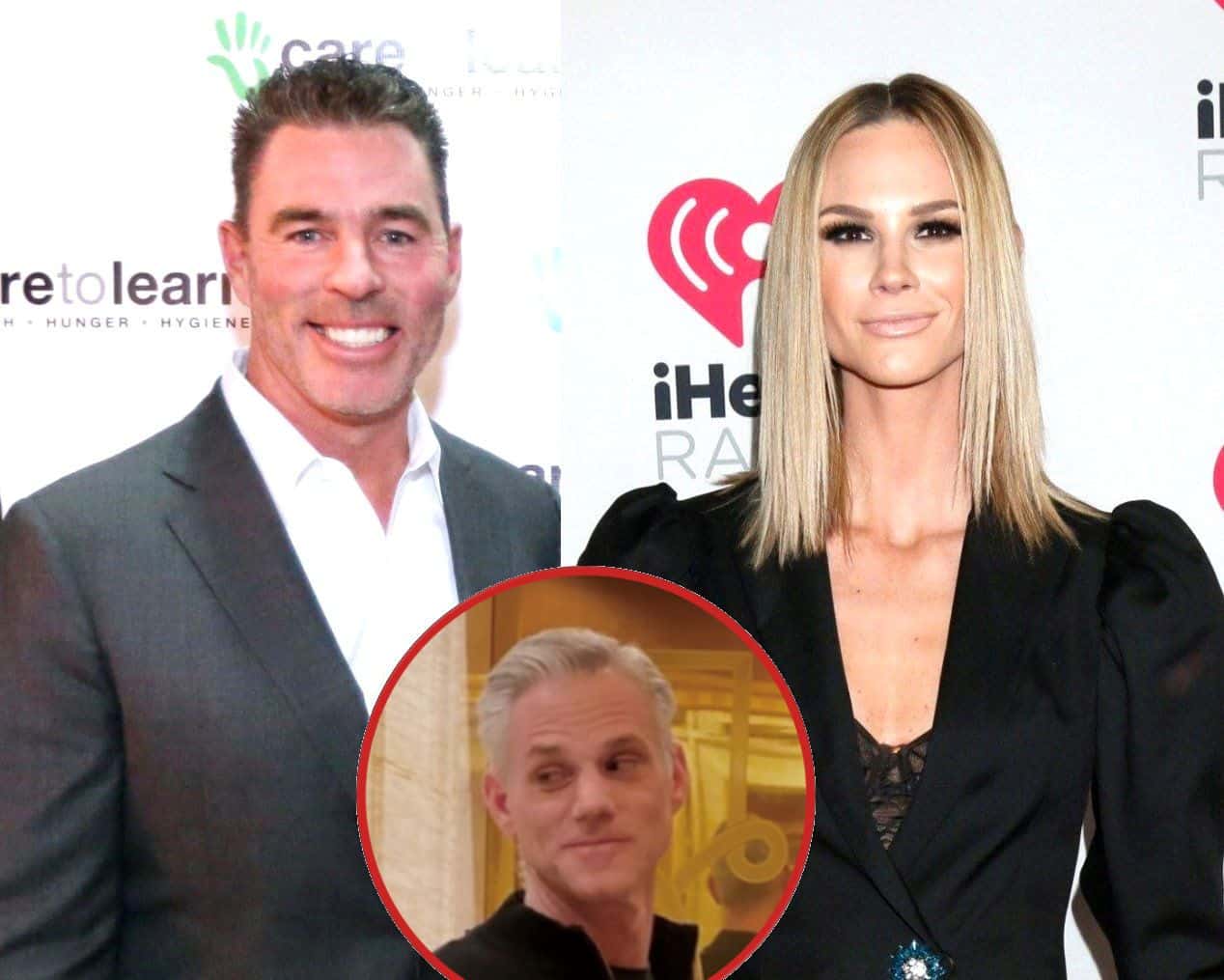 Jim Edmonds has taken aim at ex-wife Meghan King in an Instagram comment posted to a fan page.

As the former Real Housewives of Orange County cast member continues to enjoy a casual relationship with boyfriend Will Roos, Jim, the father of her three children, threw shade in her direction by targeting the new romance.

Following a resharing of the debut of Meghan and Will’s relationship on her Instagram Story by the Moxey Blonde on Instagram, Jim expressed concern for Will.

“Poor guy,” the former MLB player wrote in a comment. 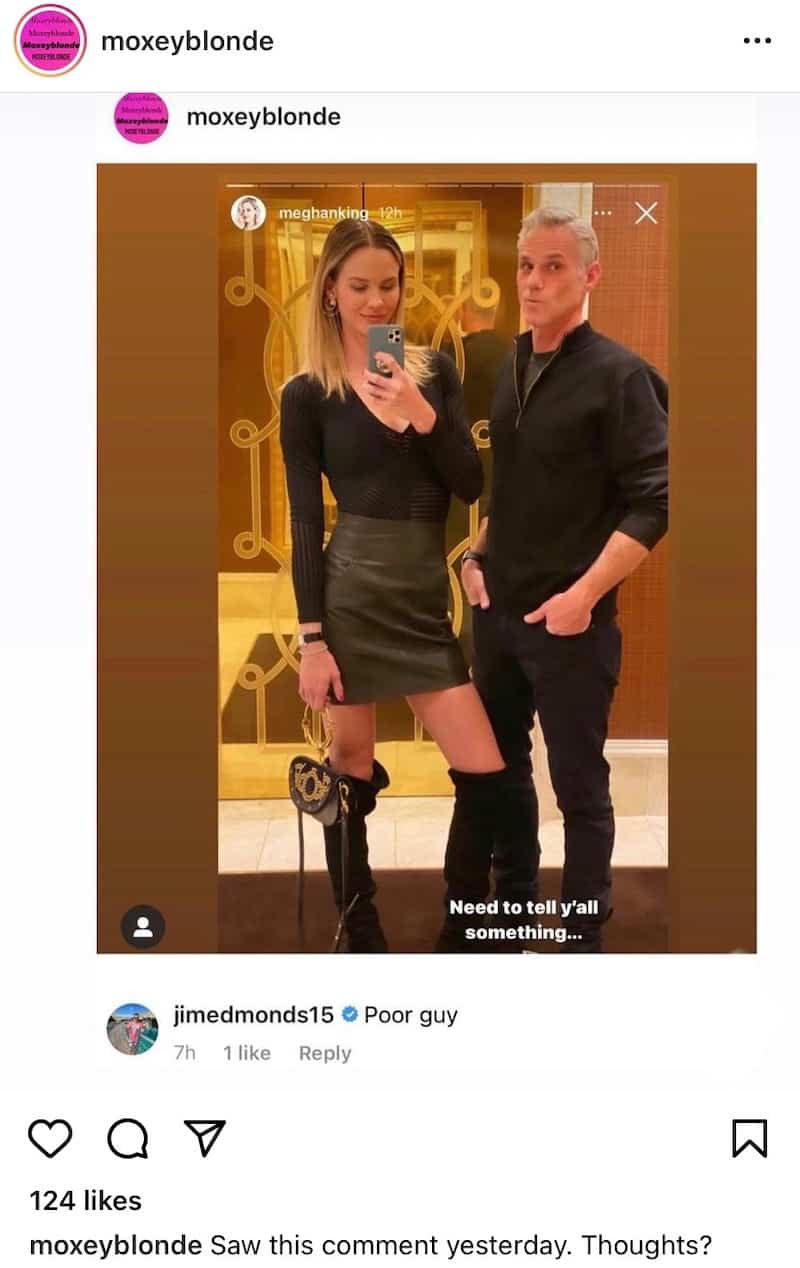 As RHOC fans may recall, Meghan first went public with her romance with Will in January, months after splitting from former boyfriend Christian Schauf. Months later, during an appearance on The Sarah Fraser Show, she told the host their relationship was going “slow and steady.”

“We were friends first, and we’re not jumping into anything. He hasn’t met the kids. We’re just having fun,” she said of herself and Will in April, the same month her divorce from Jim was finalized.

Just prior to opening up about her relationship with Will, Meghan told Us Weekly that while the two of them were dating, she ultimately wanted something more serious.

“I mean, I’m an adult who’s been driven by societal expectations for 36 years,” she explained. “It’s just hard to one day decide that that’s not what I’m going to do anymore. I have a new house. I’m all by myself in it. On one hand, I’m so proud and I feel incredibly empowered, and on the other hand, I’m lonely. I want somebody to share this life that I’ve built with me.”

Jim and Meghan called it quits in October 2019 after five years of marriage and three children, including daughter Aspen, 4, and twins Hayes and Hart, 3. Since shortly after their split, Jim has been in a committed relationship with girlfriend Kortnie O’Connor.