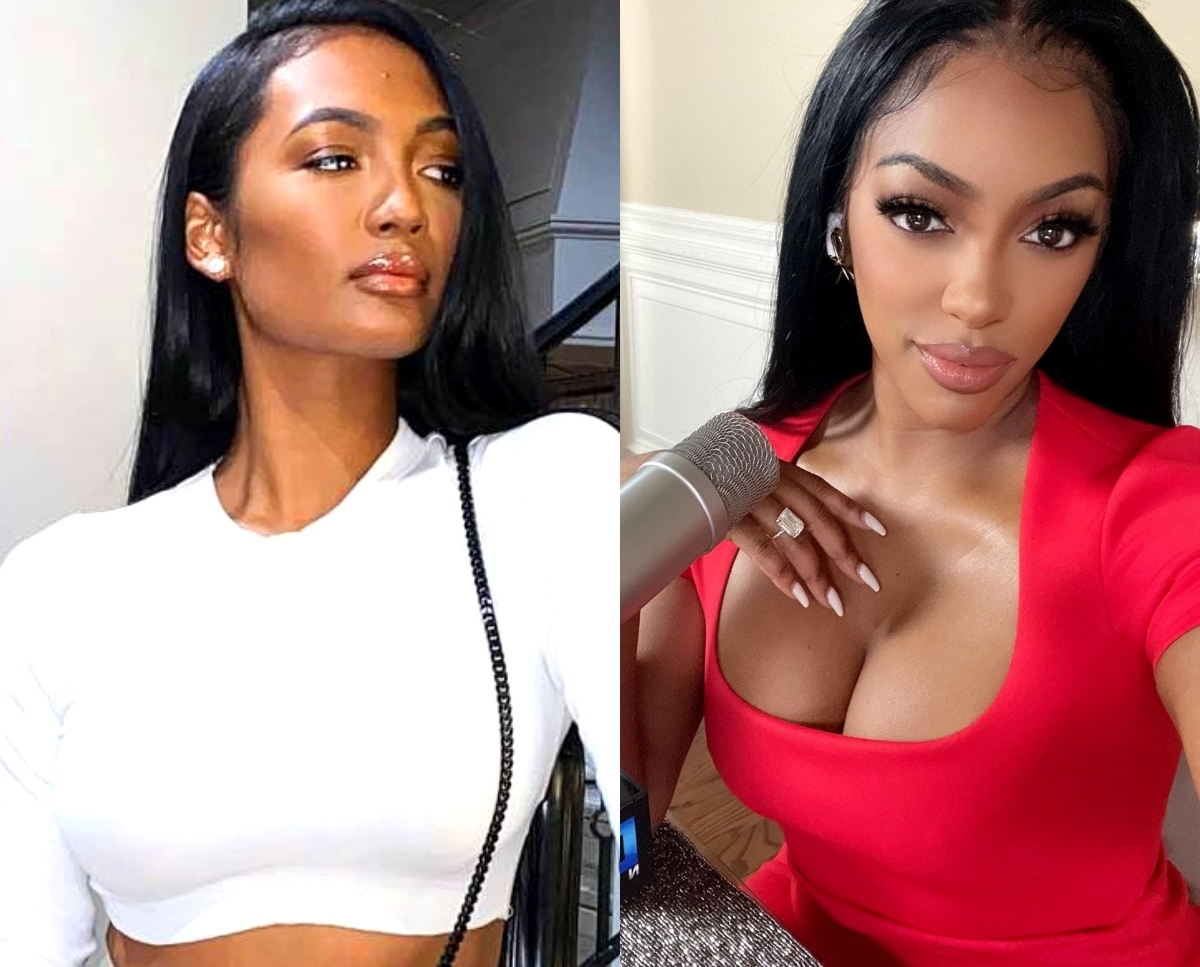 Falynn Guobadia hosted a Q&A on her Instagram Story over the weekend, and during her chat with her online audience, she addressed several questions regarding her failed marriage to Simon Guobadia and her future on The Real Housewives of Atlanta.

Before revealing whether or not she’ll be featured on the upcoming 14th season of the Bravo reality series, Falynn responded to a fan who wanted to know how she felt about Porsha Williams, who announced her engagement to Simon just one month after he and Falynn confirmed their split.

“Do you have any hard feelings towards Porsha?” a fan asked.

“I do not have any feelings for a person who does not travel on the same frequency as I,” Falynn replied, throwing some shade at her alleged one-time friend and RHOA castmate. 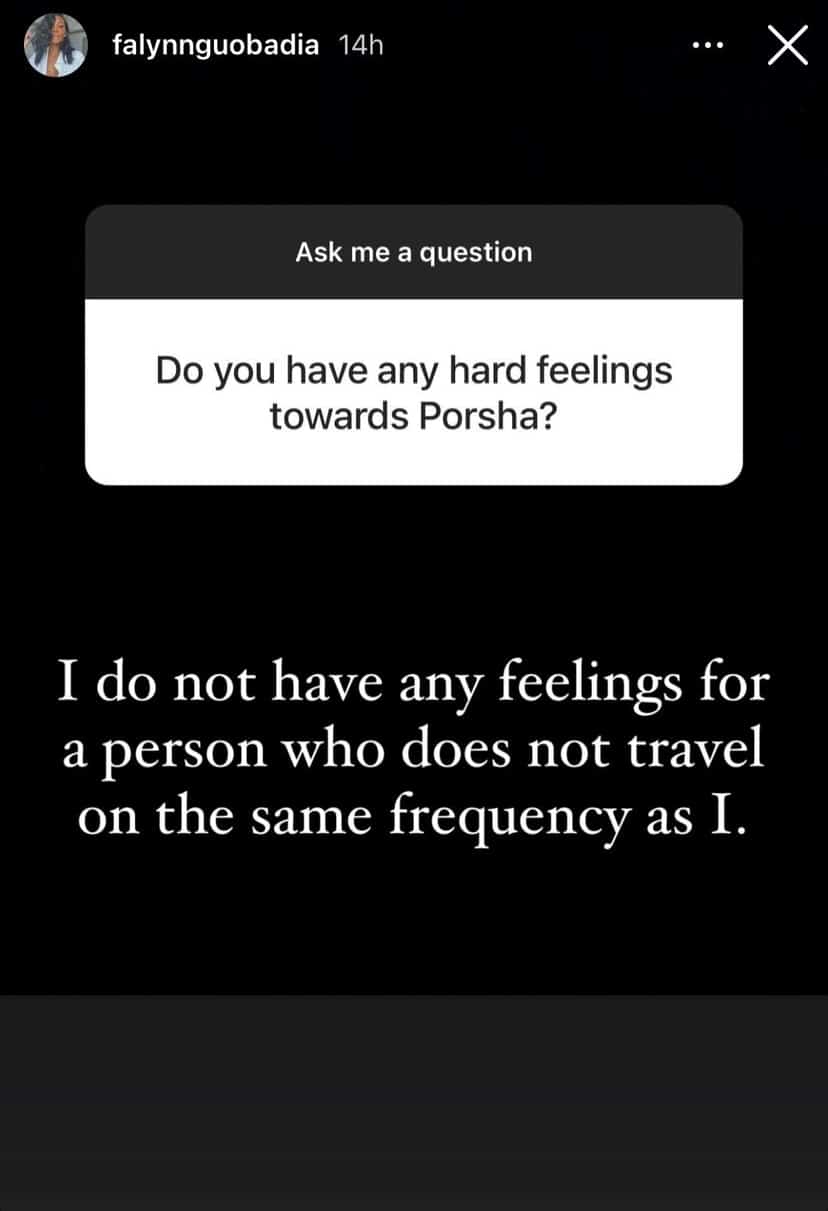 “Will you be on the next season of RHOA?” another fan wondered. 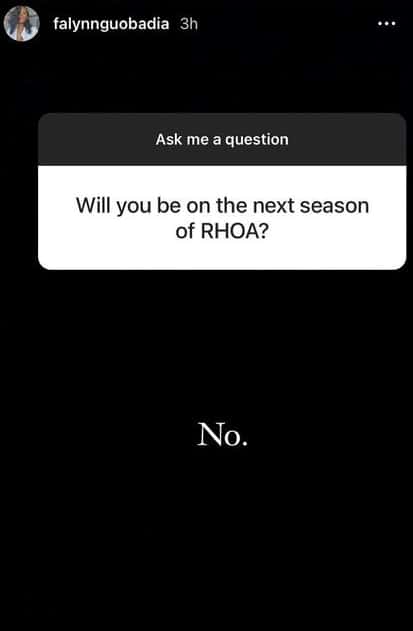 “When is everyone going to admit that all [of] this is FAKE and for a STORYLINE?” asked a third fan.

“Maybe for some [people] but as for me, I’m still waiting on Ashton Kutcher to pop out of a bush,” Falynn admitted.

Also during her Q&A, Falynn responded to fans who wondered if any of the recent rumors suggesting she cheated on Simon with her former assistant before becoming pregnant with his child were true.

“Are you pregnant?” someone wrote.

“This rumor came from a hurt person. If/when I am pregnant, that will be my story to share with the world. Not a man’s,” Falynn explained.

As for the video Simon shared of Falynn and her ex-assistant, Jaylan Duckworth, seemingly sneaking into their former marital home, Falynn denied she was being unfaithful.

“No. That was not a video of me cheating and I never cheated in my marriage. Nor would I bring a man to our home where my children sleep. I had access to all of those cameras. The End,” she stated.

No word yet on when The Real Housewives of Atlanta will go into production on season 14.