Home Real Housewives of Beverly Hills News Crystal Kung-Minkoff Shares Biggest Regret With Sutton Stracke, Which RHOBH Costar She Was Nervous to Meet, and Weighs in on Kyle and Dorit’s “Trivial” Drama

Crystal Kung-Minkoff Shares Biggest Regret With Sutton Stracke, Which RHOBH Costar She Was Nervous to Meet, and Weighs in on Kyle and Dorit’s “Trivial” Drama 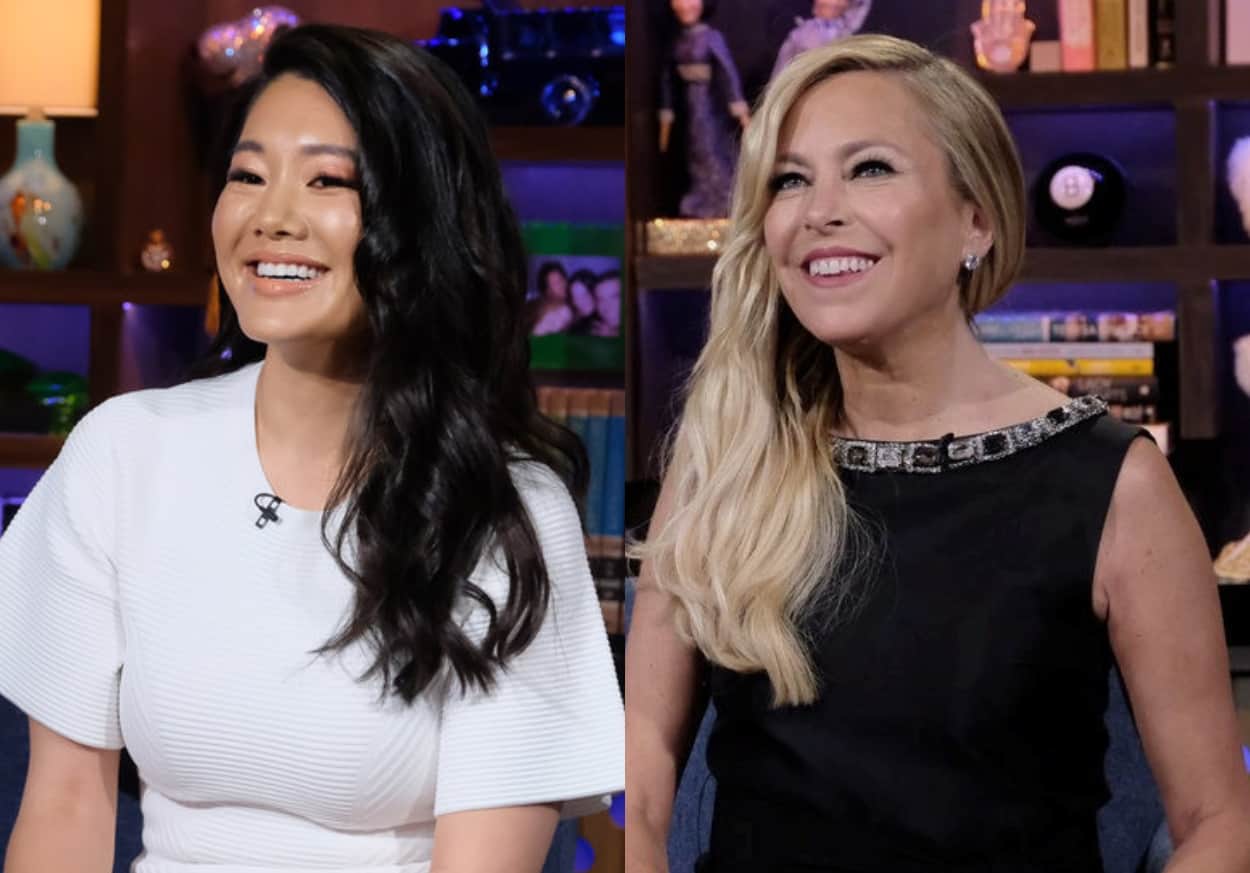 Crystal Kung-Minkoff is looking back at the drama she faced with Sutton Stracke during their early moments together on The Real Housewives of Beverly Hills.

While seated next to fellow show newbie Kathy Hilton during her Wednesday appearance on Watch What Happens Live, Crystal shared her biggest regret with Sutton while also discussing her concerns about one particular cast member and her feelings regarding the ongoing feud between Kyle Richards and Dorit Kemsley.

“It’s hard to watch and I feel awful for so many reasons,” Crystal admitted of her struggles with Sutton on the June 23 episode.

“I feel awful for Sutton because I feel like she got mixed up with my issues. I feel awful watching myself, a woman who’s struggling with body dysmorphia and [an] eating disorder. And I think that’s why I wanted to tell the girls about my eating disorder, because I wanted to let them know that I was still in the process and it’s a work in progress,” she continued.

As for her biggest regret, Crystal said she wishes she didn’t make such use out of the world “violated.” After all, the term truly set off her RHOBH castmate.

“I regret it to see [Sutton’s] reaction to it. Again, it was indicative of how I was feeling about my disorder and so she just got mixed up into it. So yeah, there’s a lot of regret on that and she knows that,” Crystal explained.

When host Andy Cohen then asked Crystal what she would do differently if she could go back to the start of the cast’s trip to Lake Tahoe, she enthusiastically said, “Everything!”

Later, on the WWHL: After Show, Crystal revealed which cast member she was most concerned to meet due to the reputation that preceded them.

“I would say [Erika Jayne],” she admitted, quickly noting that she was pleasantly surprised by Erika’s demeanor once they actually crossed paths.

“She was nice to me,” Crystal recalled.

As for Kyle and Dorit’s ongoing bickering, Crystal labeled their drama as “trivial” before likening her castmates to sisters.

“I actually think their fight is slightly trivial. [They] are real friends. There’s a real sisterhood [between them] and so, as sisters do, I think they fight over little things. [But] I love seeing their friendship,” she noted. “It really is real. They’re sisters and they’re going to fight. And they’re going to fight again tomorrow because that’s what they do because they’re real family.”

Also during the After Show, Crystal confirmed she touched base with Dorit after saying that she didn’t know who she was on RHOBH.

“I actually called her because the question was really, ‘Had I met her before?’ I watch the show but I’d never met her before. But I love Dorit and her family. She knows that,” Crystal revealed.