Home Real Housewives of Atlanta News Cynthia Bailey Admits She “Bumped Heads” With Kyle Richards During Housewives All-Stars, Jokes That She May “Be Out of a Job” Amid RHOA Firing Rumors

Cynthia Bailey Admits She “Bumped Heads” With Kyle Richards During Housewives All-Stars, Jokes That She May “Be Out of a Job” Amid RHOA Firing Rumors 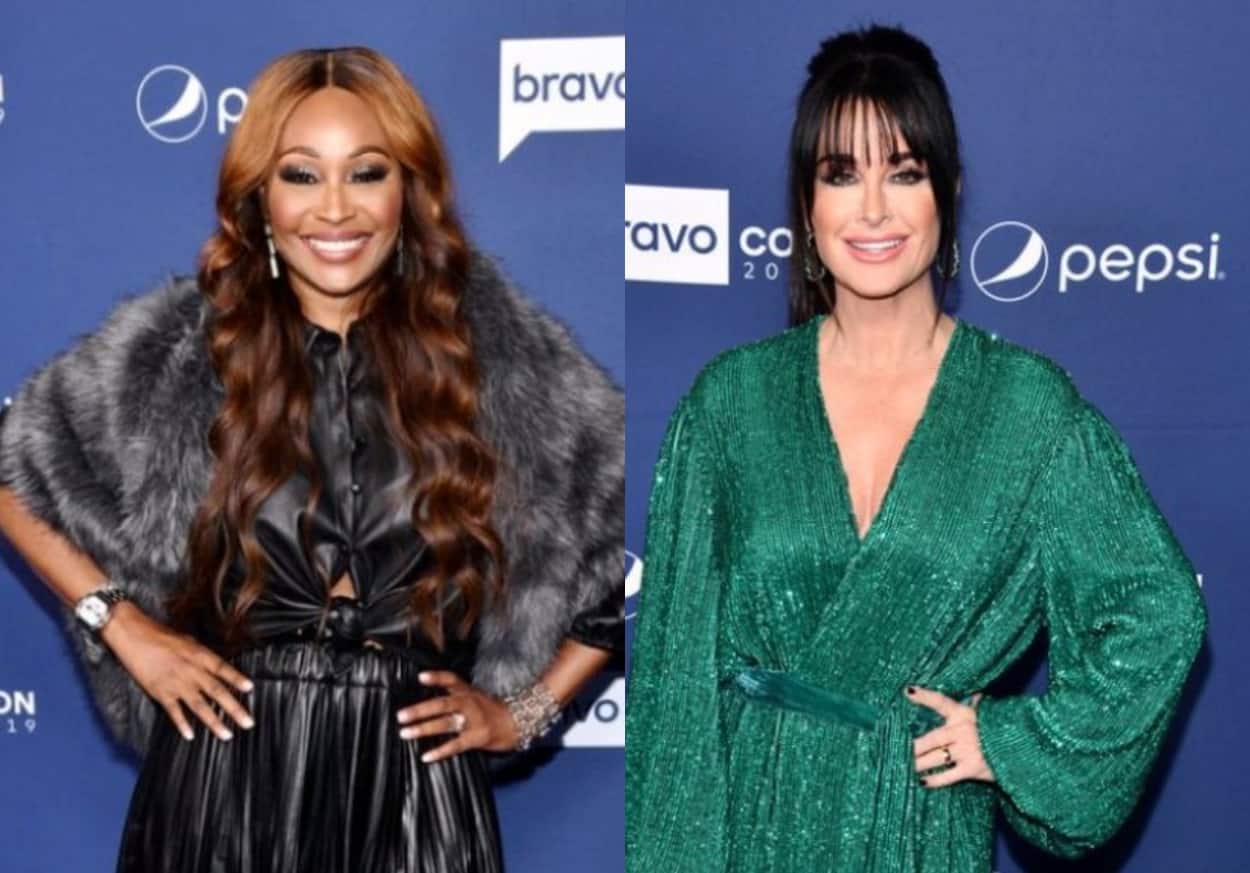 Cynthia Bailey addressed rumors of her potential exit from The Real Housewives of Atlanta during an appearance on The Wendy Williams Show on Thursday.

After fueling reports of a cast shakeup by seemingly removing the show’s hashtag from her Instagram bio, Cynthia spoke about her future on Bravo before shading Nene Leakes and admitting that she and Kyle Richards didn’t exactly hit it off while filming the Real Housewives: All-Stars earlier this year.

“Word on the street is I may be out of a job,” Cynthia admitted to host Wendy Williams, according to a report from Entertainment Tonight.

When Wendy then responded by saying she’d like to see Cynthia move on because she has “nothing more exciting” to share with viewers and doesn’t want to see her fight or get divorced, Cynthia pointed out that she has enjoyed her time with Bravo.

“I love The Real Housewives of Atlanta,” Cynthia shared. “This platform has been amazing. I have an amazing relationship with the network. Bravo has been good to me.”

“Here’s the thing. Nobody really wants to be fired,” she continued. “I mean, my first job was Taco Bell. I wouldn’t want to be fired from there. I would want the option to leave if I wanted to go. God’s will, not my will, will be done. I have had an amazing run. It’s been 11 amazing years as a consistent peach-holder.”

As for who she believes should be fired if she’s not the one to go, Cynthia said it was Nene who should never return to the RHOA cast, and she accused her former castmate of wanting her to be “fired all the time.”

Although Bravo has remained silent in regard to the rumors of Cynthia’s possible departure, an insider told Entertainment Tonight that Cynthia “is not sure where these firing rumors came from” and noted that the show’s hashtag has been absent from her bio for a long time.

The source also noted that it would be “weird” for Bravo to boot Cynthia from RHOA so soon after including her in their All-Stars series.

During another interview with OK! Magazine, Cynthia looked back at the time she spent filming with her fellow Real Housewives in Turks and Caicos.

“Let’s just say 50 Cynt had to take a little trip to Turks and Caicos,” Cynthia teased of the drama that is to come.

While Cynthia couldn’t say much about the upcoming program, she admitted to feuding with Kyle.

“She’s definitely one of the people I bumped heads with,” Cynthia confirmed. “I like Kyle, and we have tons of friends in common, but we definitely had a moment, and that moment lasted a little longer than it needed to.”

“By the end of the trip I felt like we were in a good place,” she added.

Cynthia also said that going into the Turks and Caicos trip, she assumed her friends Kenya Moore and Luann de Lesseps would “maybe have [her] back” only to find that “things kind of changed” between them.

“Some friendships kind of changed and I definitely ended up bumping heads with a couple of people,” she shared. “I’m generally a team player, I [like] peace, but I’m all about reciprocity and I felt like I wasn’t getting the same energy and support that I was giving out so we had to talk about it.”