Home Real Housewives of Beverly Hills News Nicky Hilton Admits She Cried After Mom Kathy Joined RHOBH, Find Out How She Feels Now as Kathy Explains How the Show Benefitted Her and Kyle Richards

Nicky Hilton Admits She Cried After Mom Kathy Joined RHOBH, Find Out How She Feels Now as Kathy Explains How the Show Benefitted Her and Kyle Richards 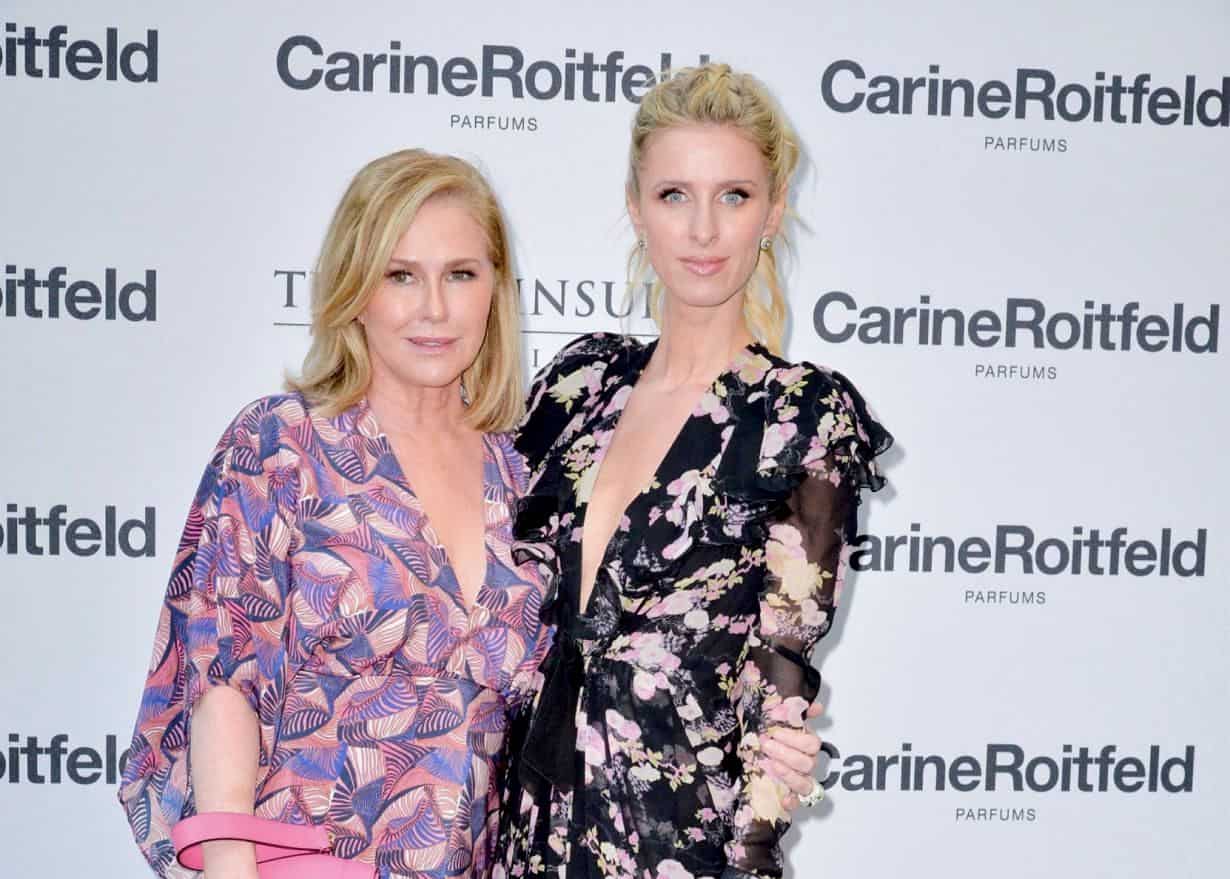 Nicky Hilton wasn’t happy when she learned her mother, Kathy Hilton, had signed on to appear as a “friend” on the 11th season of The Real Housewives of Beverly Hills.

While appearing as the guest bartender on Wednesday night’s episode of Watch What Happens Live, Nicky admitted that she actually cried over her mother’s new position on the show before sharing how she feels about it now that she has watched the first several episodes of the season.

“Do you want me to admit something I’ve never admitted in my life, besides to my husband? When I found out, I cried. I’ve come around but I cried,” Nicky admitted on the WWHL: After Show. “I was very worried.”

When Nicky was then asked how she feels about Kathy being on the show now, many episodes into season 11, she said she’s “been pleasantly surprised.”

As for Kathy, she said that she knew Nicky wasn’t happy.

“This was like the worst thing that could have ever happened in a way but it’s the best because now Kyle and I are back together and I’m not cursing and fighting and being mean to people,” she noted.

Back in March, while appearing on her sister Paris Hilton‘s podcast, This is Paris, Nicky said her mom was “so shady” when rumors first began swirling in regard to her potential role on season 11, and she actually flat-out denied any involvement.

Ultimately, Nicky said, she and Paris learned about their mother’s addition to the RHOBH cast during a phone call from a friend.

“[Paris and I] were walking down the street and our friend FaceTimes us being like, ‘Hi, I see your mom’s on Real Housewives,’ and we’re like, ‘No, that’s a rumor,’” the socialite explained. “[Our friend] is like, ‘Actually… People magazine just confirmed it.’ So, we don’t speak to [our mom] for a few days [and] we just don’t even hear from her because she just doesn’t want to hear it from us.”

Months later, Kathy admitted to Access Hollywood that she avoided her daughters after taking on the role.

“I just kept avoiding them because I knew they wouldn’t be happy with that,” she confessed. “They don’t like the idea of fighting. They had this preconceived [notion] that everybody’s screaming and fighting. And yes, there is some of that, but I am the one who tries to help smooth things out”