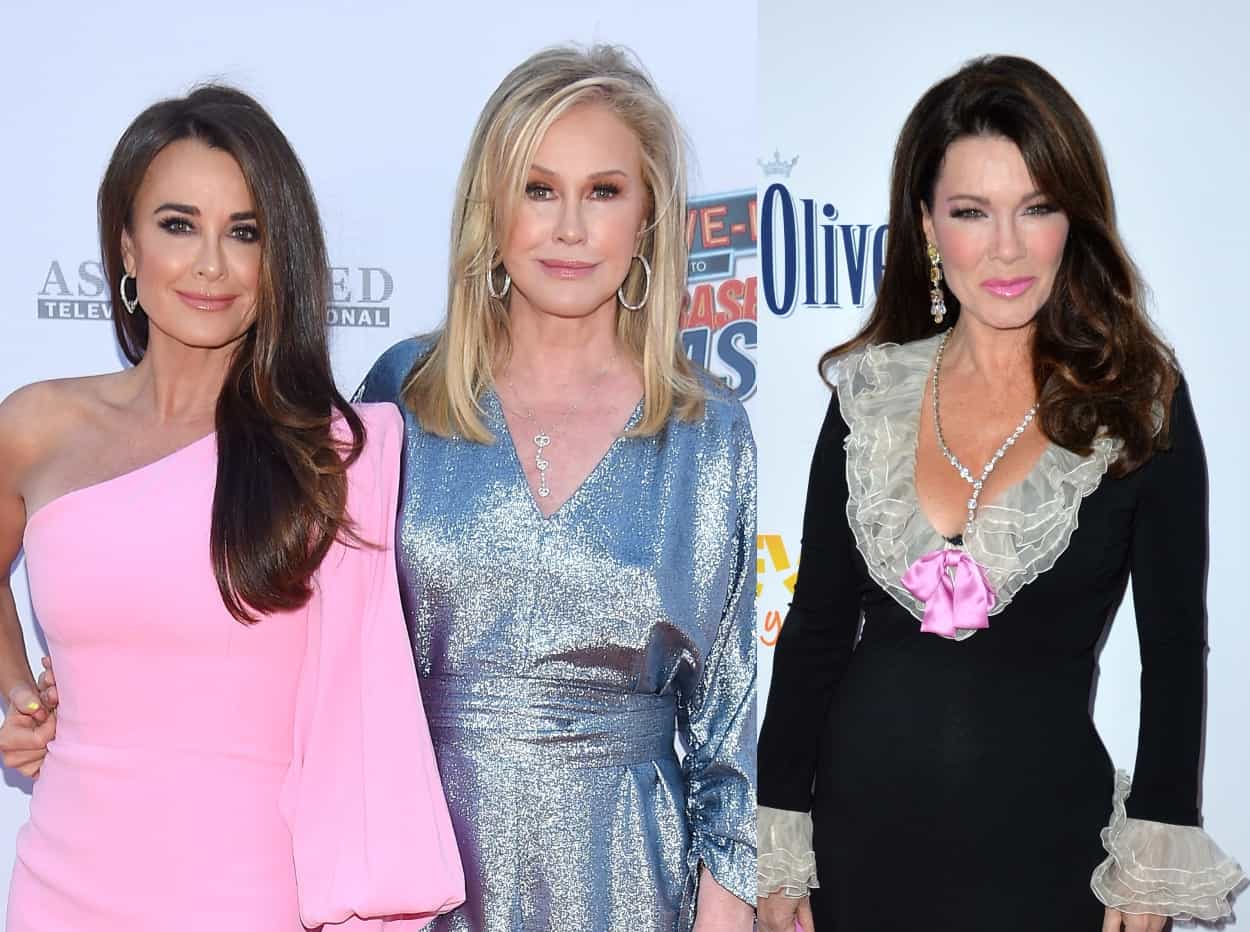 Kathy Hilton was questioned about her friendship with Lisa Vanderpump during Wednesday night’s episode of Watch What Happens Live.

As she joined Andy Cohen and fellow guest Crystal Kung-Minkoff in the Bravo Clubhouse, the Real Housewives of Beverly Hills star was approached by a fan who wanted to know how she’s been able to maintain a friendship with Lisa given Lisa’s very public falling out with her sister, Kyle Richards.

“Kyle is sitting right here. Truthfully, I don’t… She’s so busy,” Kathy stuttered on the June 23 episode, giving a nod to Kyle being in the audience.

Although Kathy hesitated to discuss her friendship with Lisa, Kyle did not.

“You’re not friends with her,” Kyle told her.

After Kathy then said that she doesn’t “get a chance to see” Lisa much due to her “busy” schedule, she admitted to being upset by Lisa’s latest antics against her sister.

“I do have to say, when she did say that Kyle should keep her new little nose out of her business, that made me feel a little bad because Kyle always wanted just to have things good and I don’t know what’s going on,” Kathy explained.

Following the WWHL episode, Lisa shared a post from a fan on Twitter, who fought back against the ongoing suggestion that the Puppy Gate storyline of RHOBH season nine was staged as a launching point for Lisa’s new show, Vanderpump Dogs.

“This is exactly the ‘storyline’ that should’ve been covered… the hard work behind this and the incredible team… unfortunately it’s not a ‘storyline’ for TV,” the fan’s message stated. “It’s real life… It’s real activism and a real problem that needs to be solved… We need to stop it immediately…” 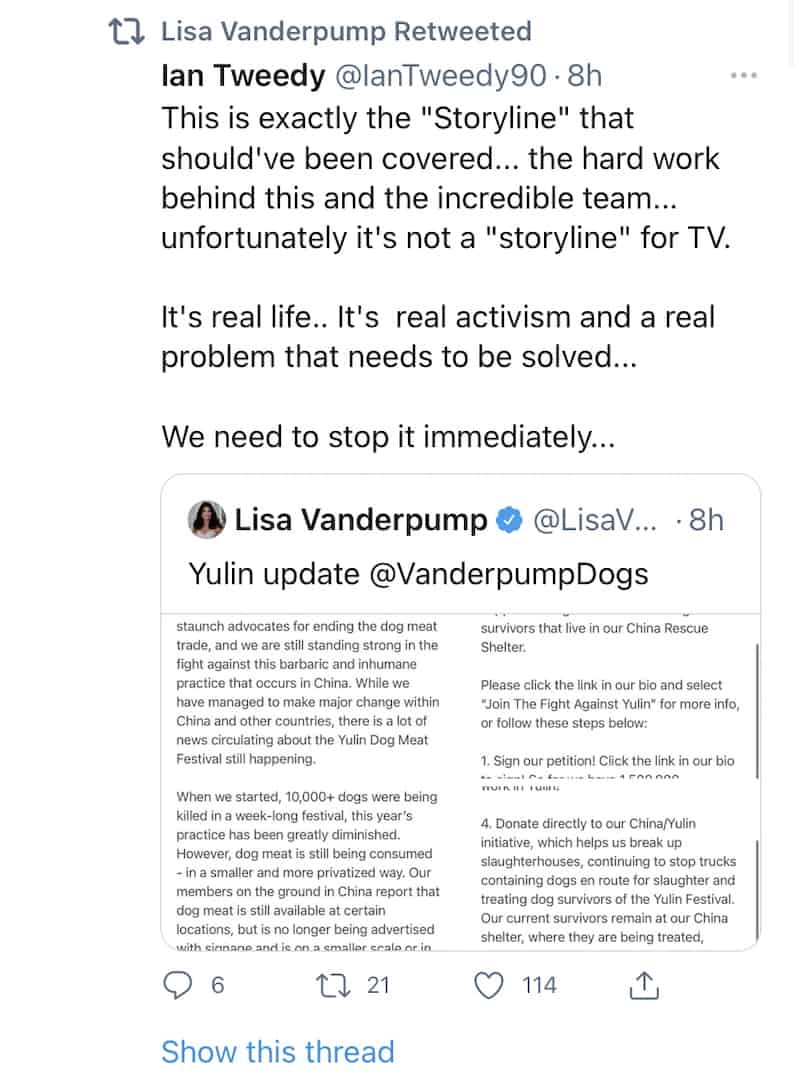 Then, in another message, seemingly in reference to the drama surrounding the end of her friendship with Kyle, Lisa said she has “strong feelings.”

“Oh and that other subject… I have strong feelings about that too,” she said.

After sharing the tweet above, Lisa was called out by a fan who reminded her of her claims of no longer tuning into the show.

“But I thought you didn’t watch the show?” the person said.

“I read the news…don’t you?” Lisa replied.