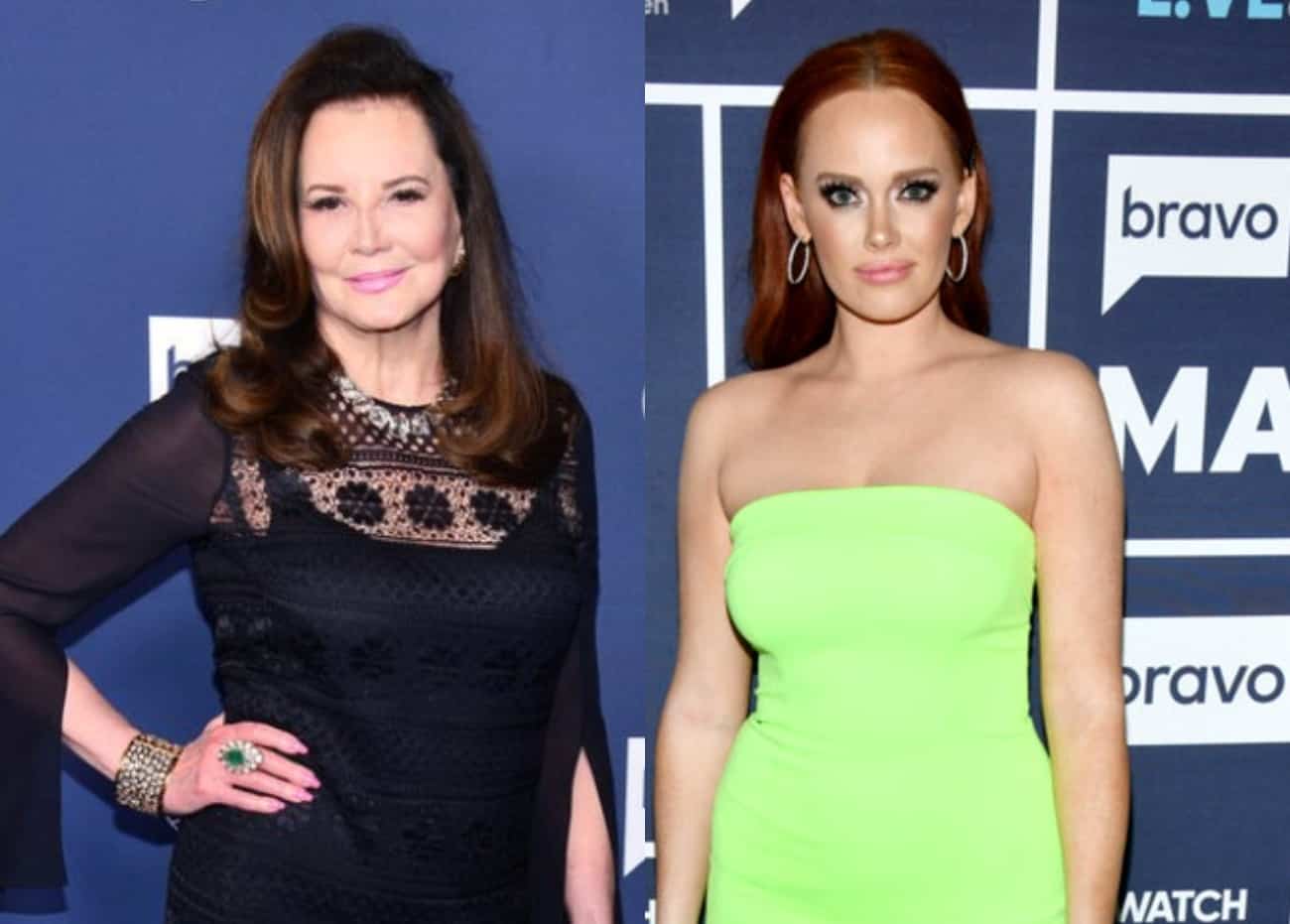 Ahead of the highly-anticipated eighth season of Southern Charm, Patricia responded to a woman who shared a lengthy statement about her theory regarding the ongoing tension between Patricia’s son, Whitney Sudler-Smith, and Kathryn as well as the reason behind his ongoing denials regarding their alleged romance.

“I think one of the main reasons was [because] she knew that Whitney did like her and [definitely] did stay over night with him at their home but then she basically ditched him for [Thomas Ravenel]. And she told Whitney, ‘[You] should fall on a knife,’” the person wrote, adding that someone “believed what [Thomas] told her about [Kathryn].”

Although Patrica didn’t say if she believed the fan’s theory or not, she did appear to make some very serious claims against her Southern Charm castmate.

“At her age I was married, a university professor and didn’t do drugs or sleep with my husband’s friends,” Patricia replied, as seen in a screenshot shared by Bravo and Cocktails on Instagram. 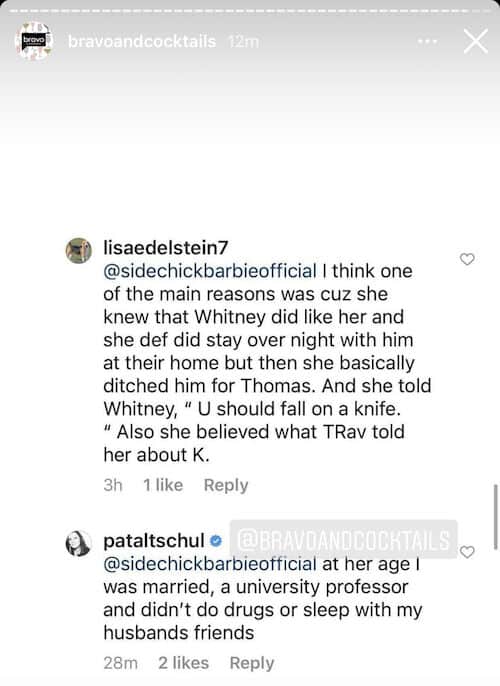 In 2019, after Whitney denied ever hooking up with Kathryn, Patricia took to her Twitter page to explain why he did so.

After Reality TV Bliss first shared a tweet in which they noted that Kathryn was wrong to go public with her supposed rendezvous with Whitney on-camera, especially considering it would mean he would likely be dragged to court by Thomas, Patricia shared her thoughts.

“Whitney kept thinking the subject was closed but he should have spelled it out more to Kathryn,” Patricia said at the time. “I was being sued by Thomas as was Haymaker and Bravo. Being a producer of the show, he wanted to avoid hours of depositions and lawyers since he was filming another project in London.”

No word yet on when filming will begin on the new season of Southern Charm.