PHOTOS: Vanderpump Rules Cast Attends Launch of Give Them Lala Beauty as Lala Kent is Deemed “Unrecognizable” by Fans 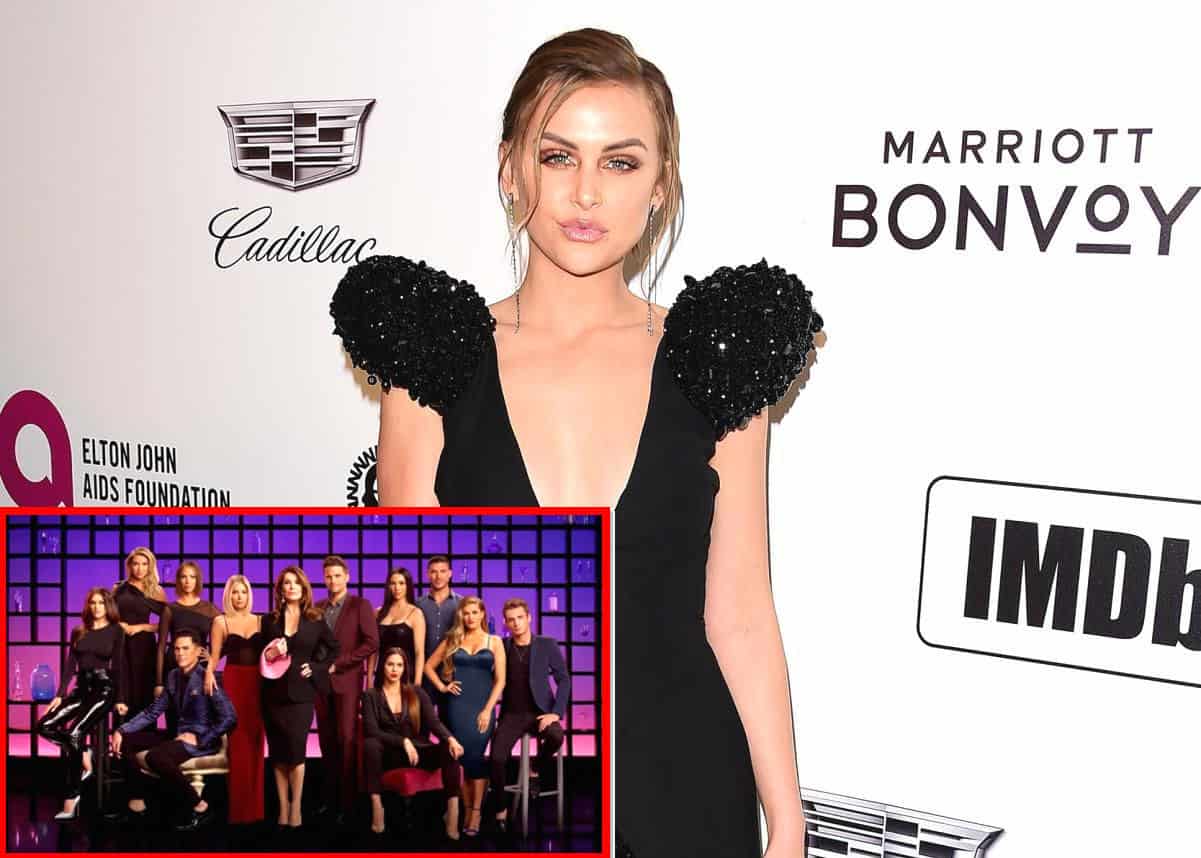 The Vanderpump Rules cast attended the launch of Lala Kent‘s beauty line, Give Them Lala Beauty, on Wednesday night.

Amid filming on the upcoming ninth season of Pump Rules, Lala was joined by a number of her co-stars, including Tom Sandoval, Ariana Madix, Tom Schwartz, Katie Maloney, Raquel Leviss, James Kennedy, Scheana Shay, and several other members of the Bravo family. They all were there to celebrate the release of her new products.

In photos and videos shared of Lala and her friends, she was seen blowing kisses and posing in a white bathtub while wearing a dark orange dress at Beauty & Essex in Los Angeles. 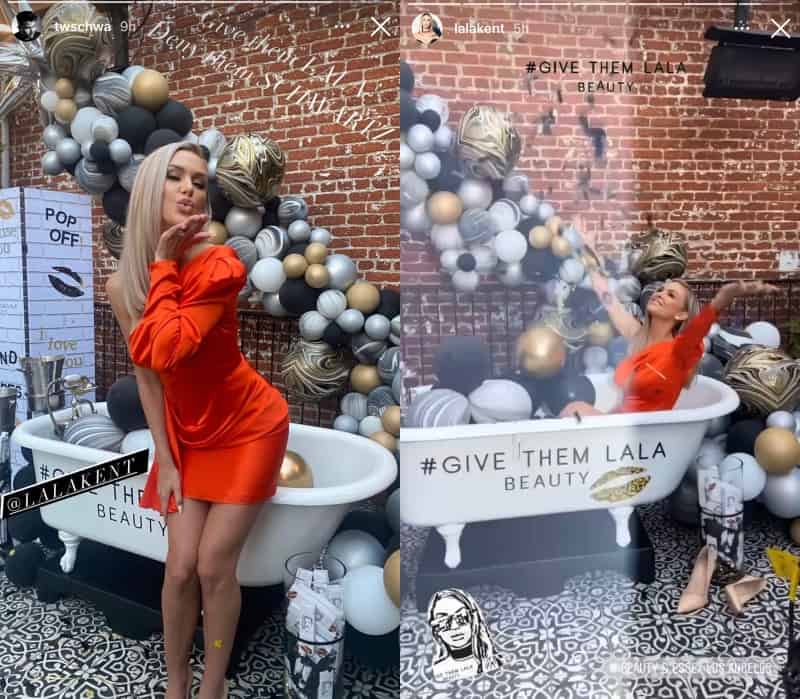 After Raquel shared an image of herself and Lala, who she feuded with heavily throughout Pump Rules‘ eighth season last year, on her main Instagram page, a number of fans and followers of Raquel took notice of how different Lala was looking at the celebration.

Meanwhile, a third fan wondered if there was a filter on the photo before stating that Lala appeared “unrecognizable.”

“Please tell me there’s a filter on Lala? Why does she not look like her normal self?” she wondered. “This is sad. Celebrities need to stop changing their faces and becoming unrecognizable.” 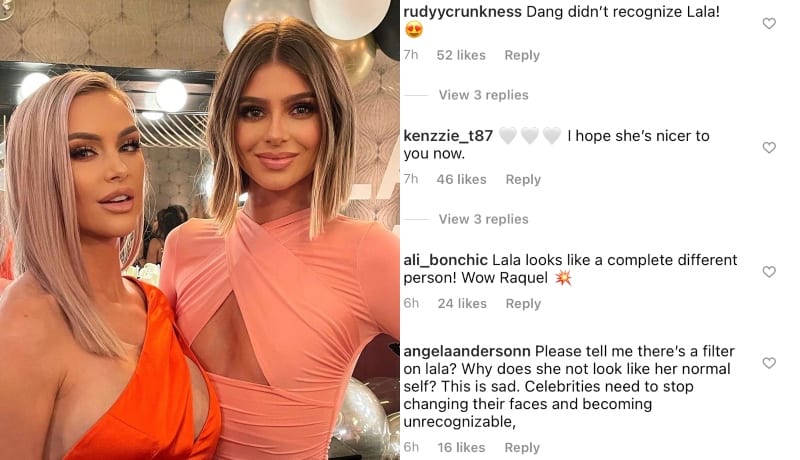 In other photos shared to the cast’s Instagram Stories, a couple of members of the Shahs of Sunset cast, including Reza Farahan and Golnesa “GG” Gharachedaghi, were seen, as well as season eight newbie Charli Burnett and comedian Heather McDonald. 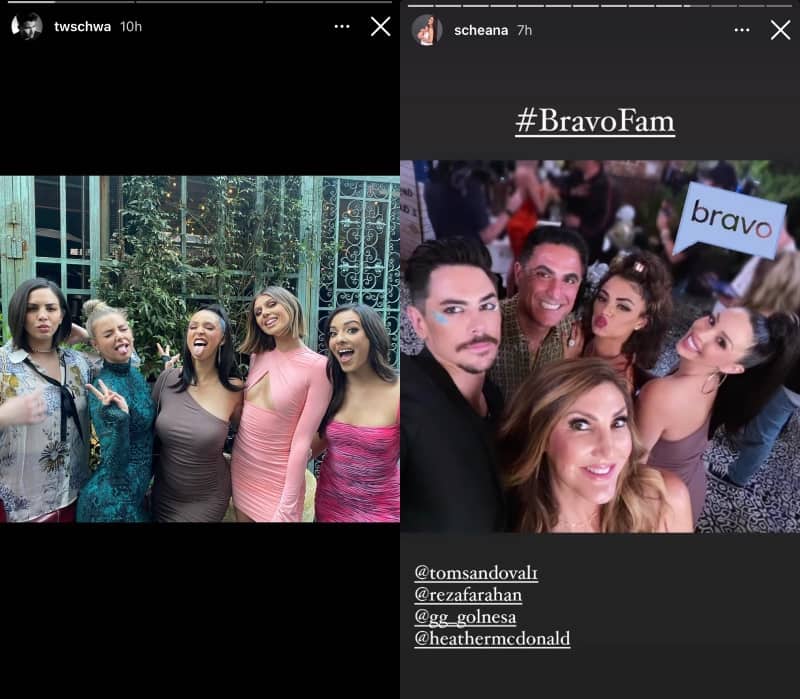 Scheana’s boyfriend and baby daddy, Brock Davies, also made an appearance at the event, which featured a performance by Gigi Gorgeous. 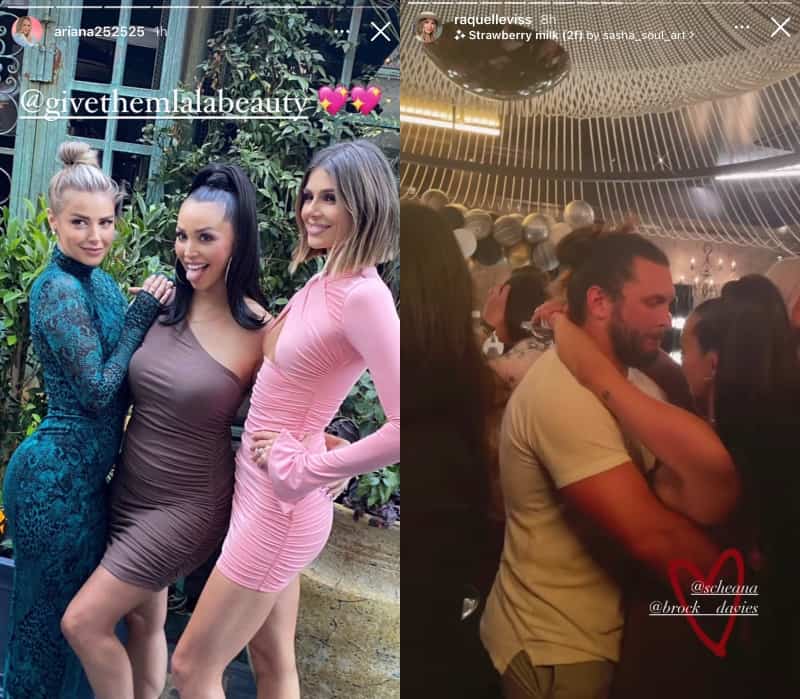