PHOTOS: Vanderpump Rules’ Scheana Shay Breastfeeds Baby and Shows Off Her Body Two Months After Giving Birth, Plus She Shares How Much Daughter Summer Weighs 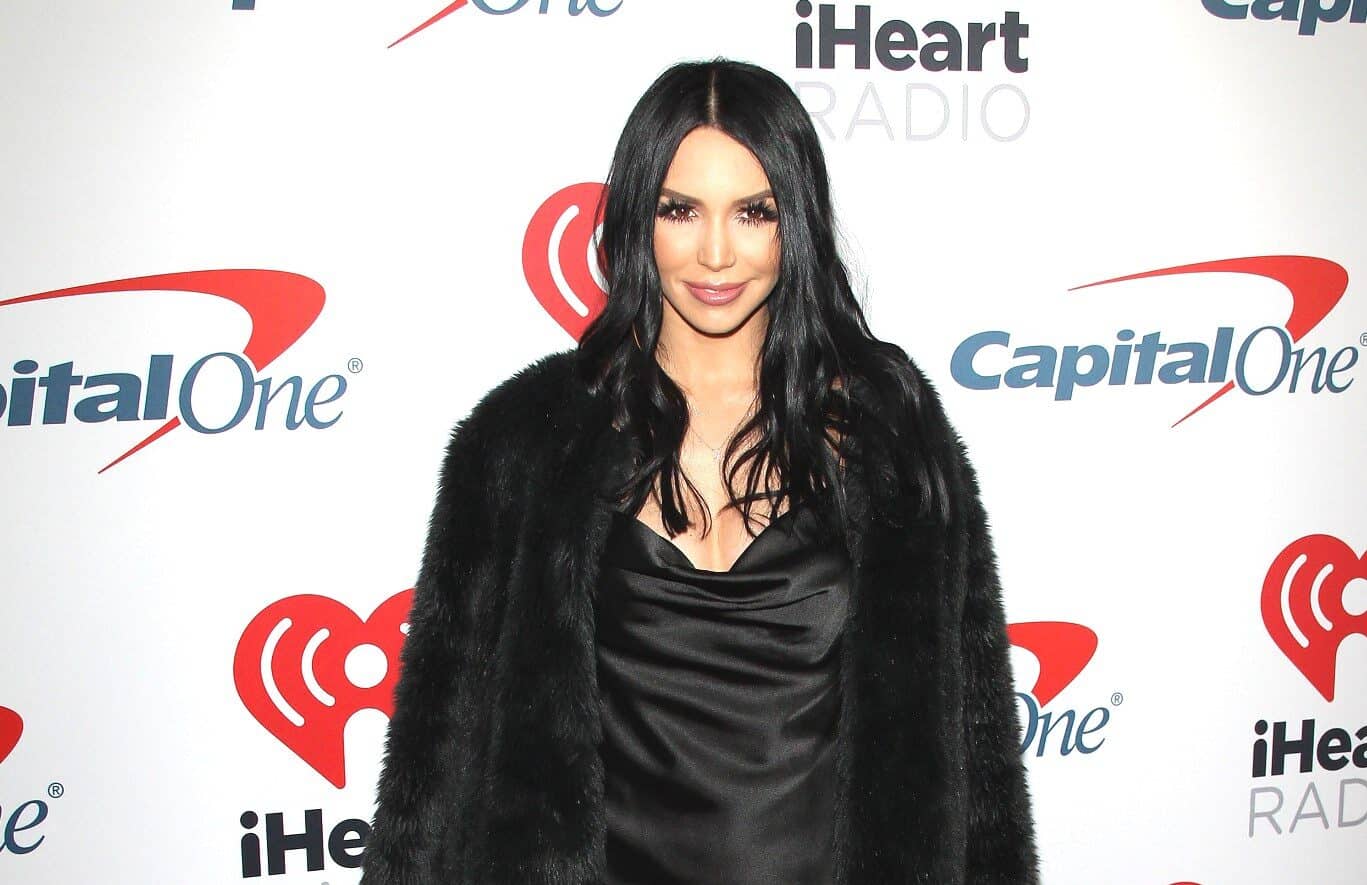 Scheana Shay showed off her post-baby body over the weekend while celebrating the Fourth of July at the beach as she also shared a photo of herself breastfeeding her daughter.

Amid filming on the new season of Vanderpump Rules, Scheana, who welcomed daughter Summer Moon Honey Davies with boyfriend Brock Davies on April 26, shared a series of videos of herself and her baby girl while also revealing how much her child weighs.

“Beach for the weekend,” Scheana wrote in the caption of a video shared to her Instagram Story on Saturday, July 3.

Then, with a second clip that included her baby girl, Scheana told her fans and followers she was “dancing [with] my girl.”

In the videos, Scheana put her trim body on display in a gray sports bra and black leggings. 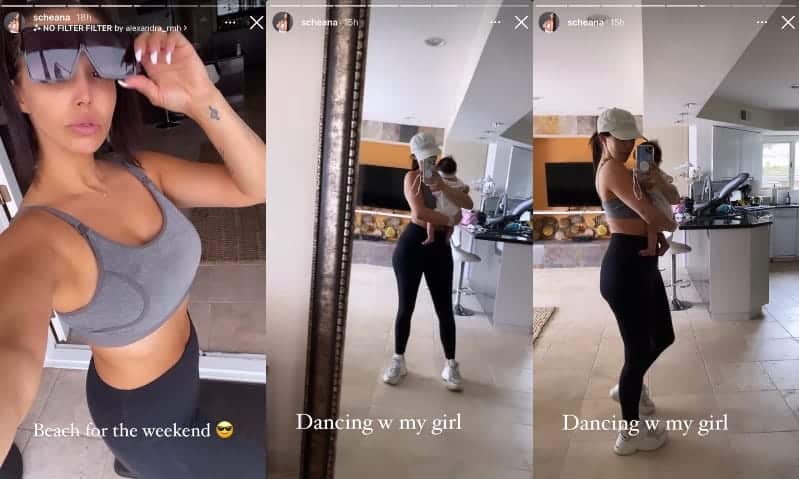 In another post shared on Saturday, Scheana was seen sitting down to breastfeed her daughter as she revealed in a caption that Summer Moon weighs about 11 pounds. 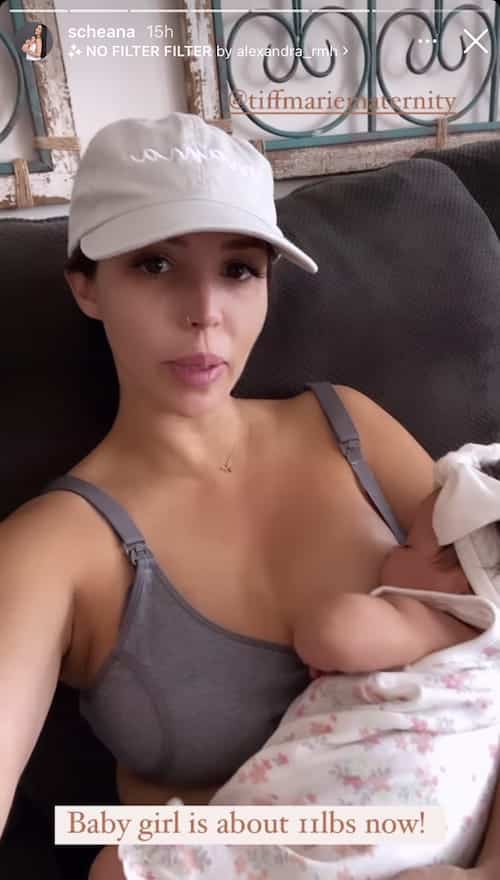 In November, just one month after confirming her pregnancy, Scheana admitted to suffering from anxiety due to her past miscarriage.

“I’ll be excited once I have a healthy baby. In the meantime, I still have anxiety,” she explained. “I’m like, ‘Do you still have a heartbeat? Are you okay in there?’ I want to be excited and I’m 17 and a half weeks now but after having a pregnancy loss, it’s terrifying. I’m trying to stay optimistic because I don’t want to manifest that something is wrong.”

Although Scheana was diagnosed with HELLP syndrome, which is the breaking down of red blood cells, the elevation of liver enzymes, and a low platelet count, she and her baby were ultimately deemed healthy enough to leave the hospital and have been doing great ever since.