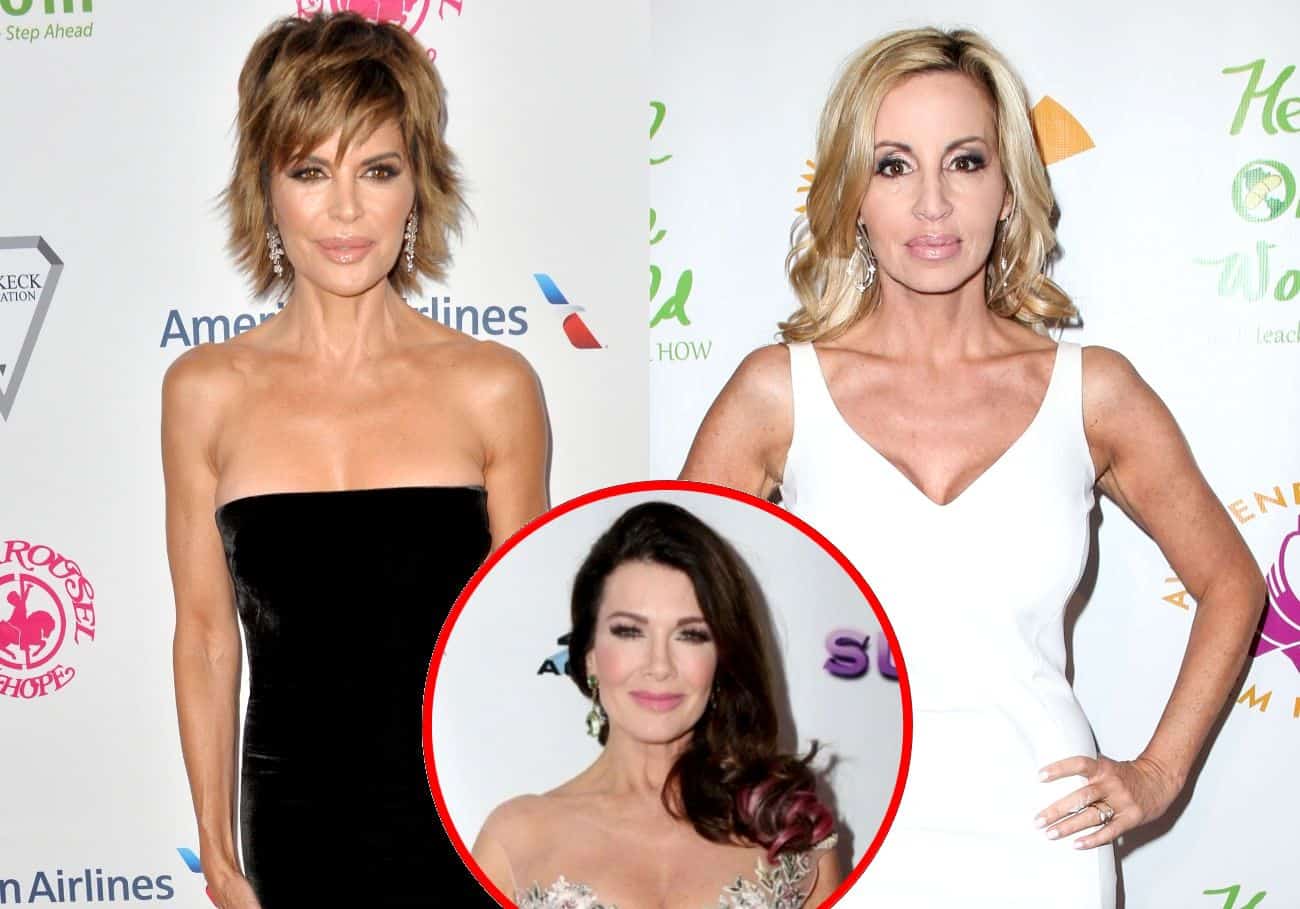 The attorney hired to investigate the finances of Erika Jayne has placed himself in the midst of her Real Housewives of Beverly Hills castmate’s latest drama.

As Lisa Rinna continues to butt heads with former co-stars Lisa Vanderpump and Camille Grammer by calling both women out on Instagram, Ronald Richards has taken aim at Rinna on Twitter.

“We did a surface dive on Rinna, so far, same business manager, large debt on home. Wonder what else we would find but we will leave at that,” he wrote, adding that Camille shouldn’t “be intimidated” by Rinna’s latest statements against her. 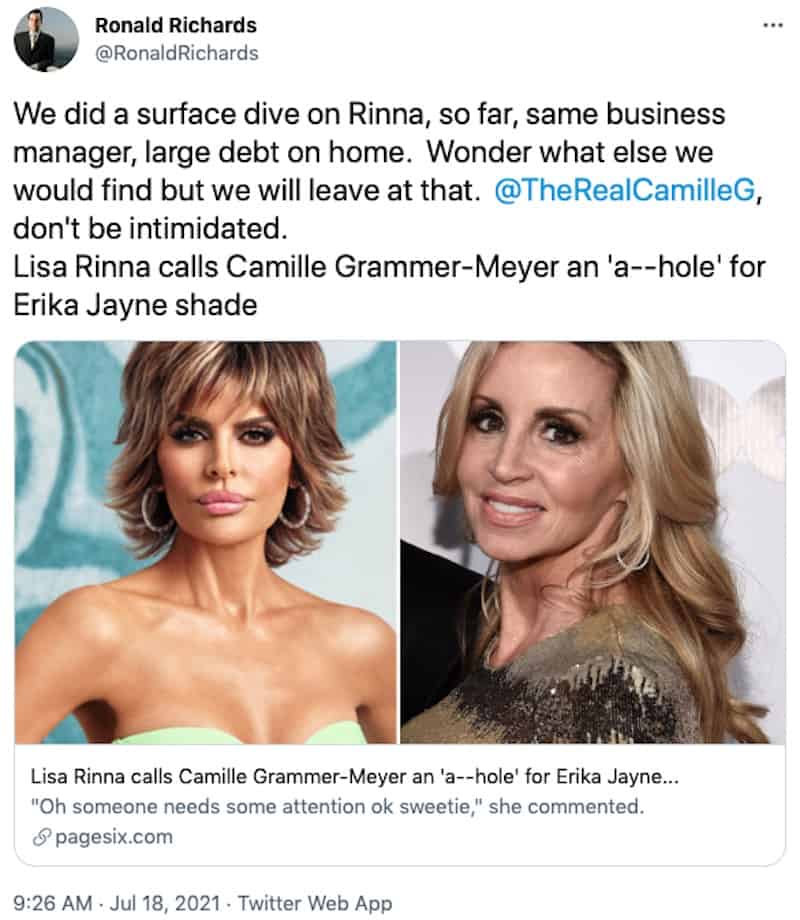 Hours later, Ronald shared a second tweet in which he revealed Rinna owes $3.45 million on her “small home” in Beverly Hills.

“We forgot the one of the biggest victims of the meanness by the others. [Lisa Rinna] has $3,450,000 recorded on a small home. It would have to sell for over 850 per square ft to clear it,” he shared. “Time to stop the abuse of the former liberated housewives. We hear you! Not fair to [Lisa Vanderpump].” 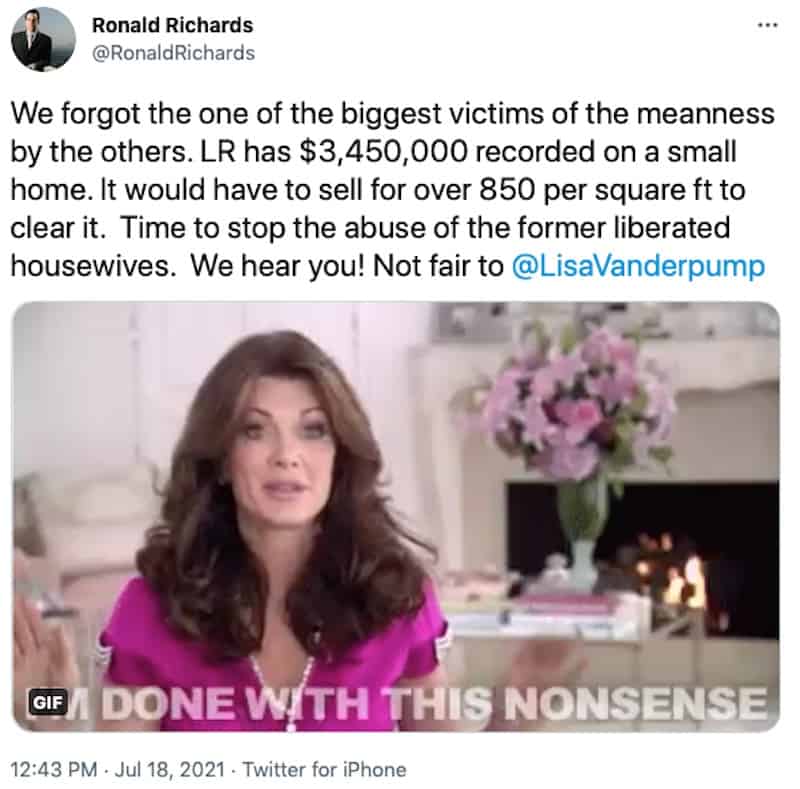 Continuing on, Ronald said he would have the backs of former RHOBH stars, including Denise Richards and Camille, both of whom have experienced tension with Rinna both on-screen and off.

“Just say the word, we got your backs. Time to end disparate treatment against former housewives who didn’t deserve what happened to them on air,” Ronald wrote, labeling the cast as “mean girls.”

Then, following a message from a private account, Vanderpump, who Rinna recently shaded over a disturbing lawsuit filed against her Vanderpump Dog Foundation, seemingly supported the idea of Rinna being further exposed by the attorney.

“Yes please,” she replied, along with a praying hands emoji. 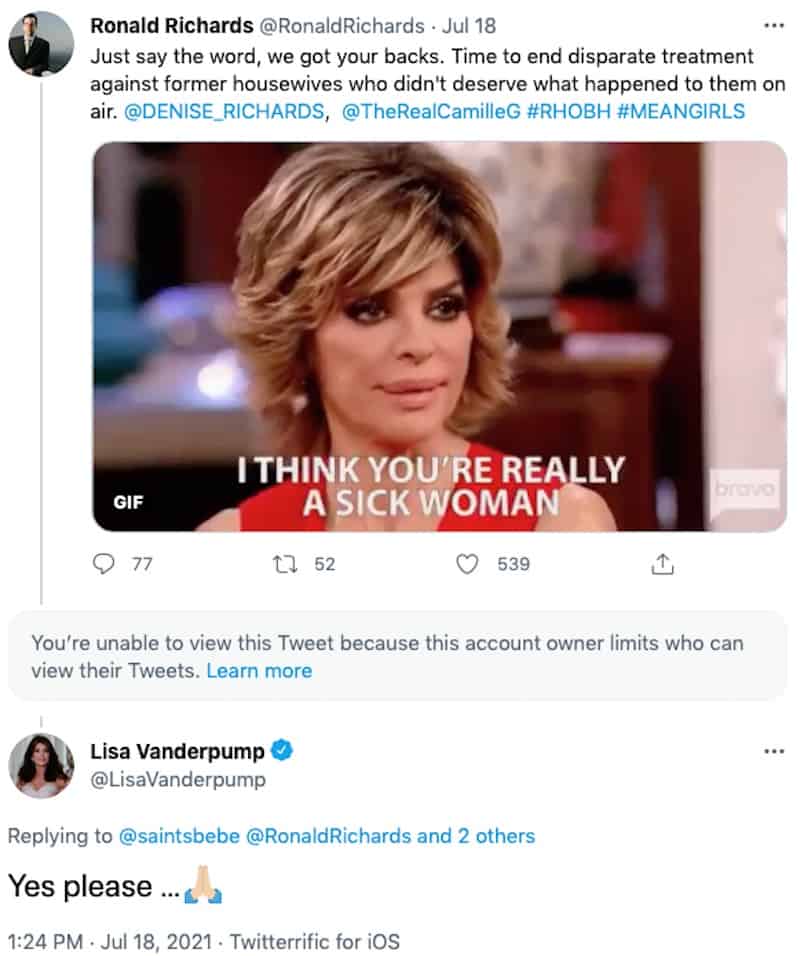 Prior to Ronald’s slew of tweets, Rinna had fired back at Camille on Instagram after seeing that she had suggested Erika was fake crying during a recent episode of RHOBH.

“Oh someone needs some attention ok sweetie,” Rinna wrote to her ex-castmate, according to a screenshot shared by Comments by Bravo on Instagram.

Rinna also said that Camille is “still an a–hole on Twitter.” 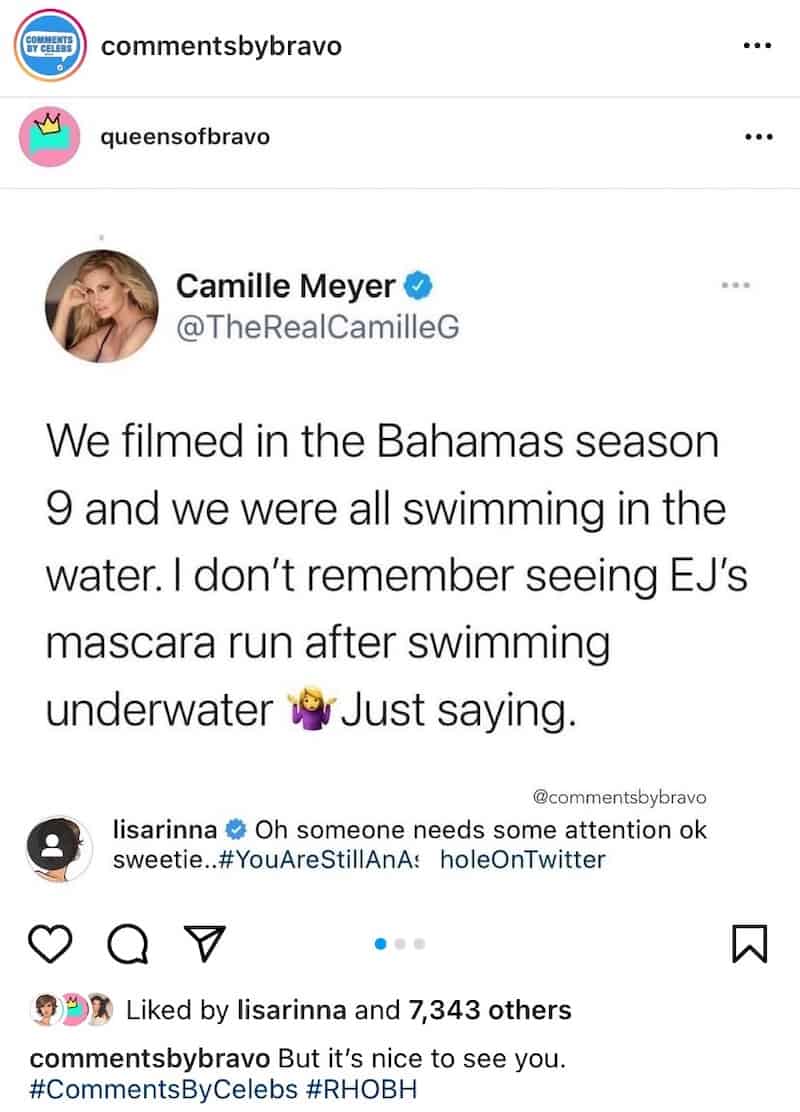