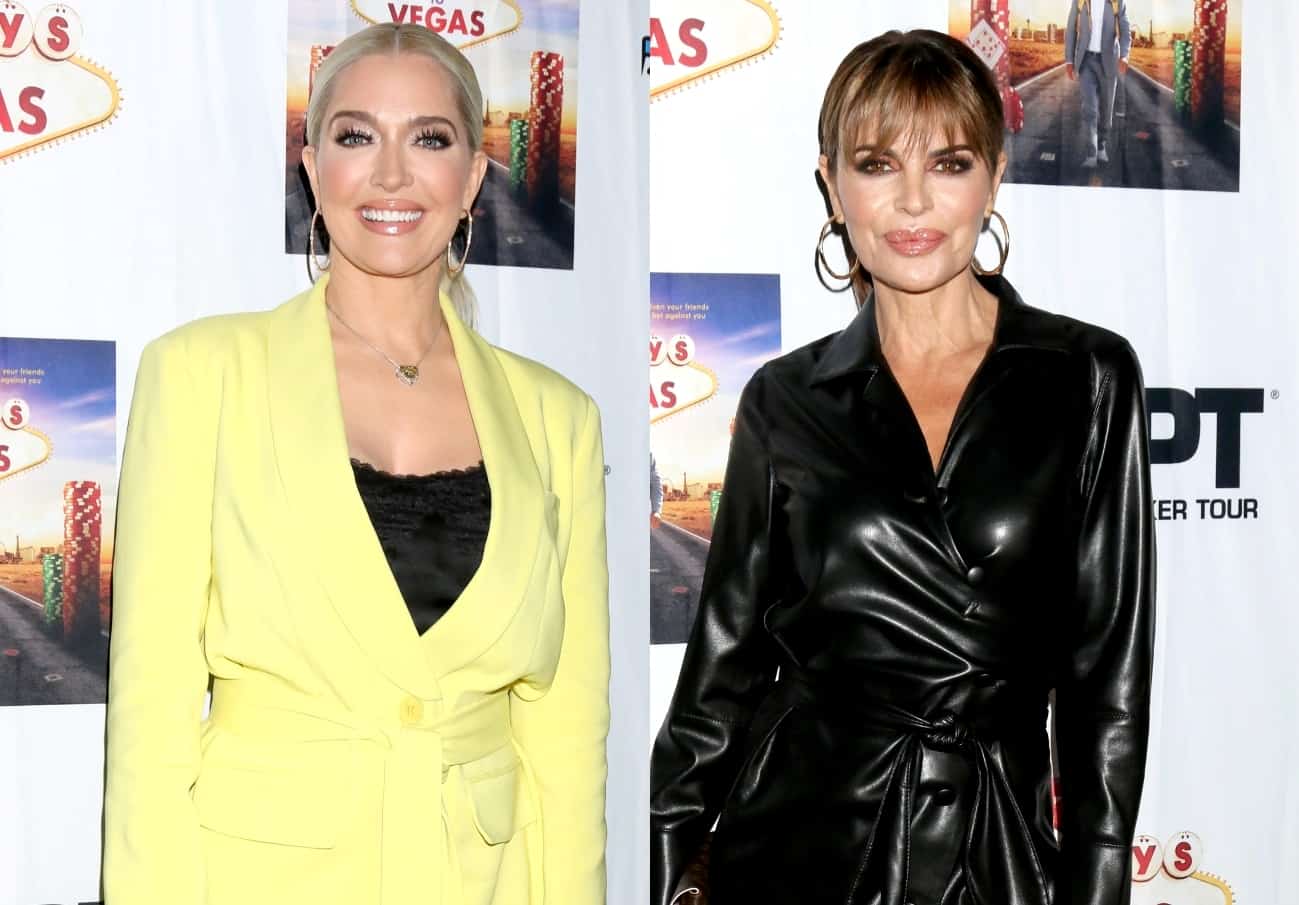 Erika Jayne is fighting back after an online rumor accused her of investing $5 million in Lisa Rinna‘s recently-launched beauty brand, Rinna Beauty.

After coming across a since-removed article on Twitter that falsely claimed attorney Ronald Richards had shared the information, the Real Housewives of Beverly Hills star denied any such thing while also demanding the lawyer retract another one of his recent tweets.

“LIES,” Erika tweeted, along with a screenshot of the article, which had been titled, in part, “Ronald Richards Says Erika Jayne Invested In Lisa Rinna’s Beauty [Brand].” 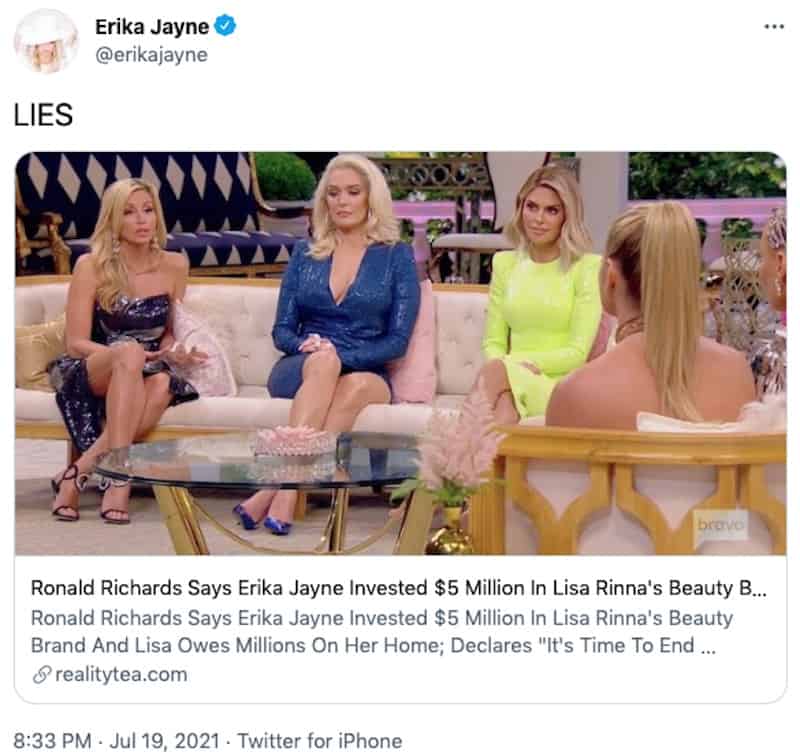 Bur according to Ronald, who is investigating Erika as part of the bankruptcy proceedings against her estranged husband, Thomas Girardi, and his law firm, Girardi Keese, he never said anything about Erika investing in her RHOBH castmate’s company.

“One, we never said anything about [Erika Jayne] to this publication. Two, the article doesn’t even attribute a quote to us. Three, we sent a retraction request the minute we saw the erroneous headline 5 hours ago. (See attached),” he tweeted in response to Erika’s message.

One, we never said anything about @erikajayne to this publication. Two, the article doesn't even attribute a quote to us. Three, we sent a retraction request the minute we saw the erroneous headline 5 hours ago. (See attached) Why retweet a false headline to 426k followers? https://t.co/Hjk1Ov4jlI pic.twitter.com/WnMtPgC5BD

Also in Ronald’s tweet, the attorney asked Erika why she would share a completely false article with her online audience.

“Why retweet a false headline to 426k followers?” he asked.

But she didn’t respond.

Instead, Erika shared a second tweet demanding that Ronald delete a post he shared, which she implied included a meme suggesting she had burglarized her former home in Pasadena. The house is currently on the market for $11.5 million.

“[Ronald Richards] DELETE this tweet. Accusing me of burglary….disgusting,” she fumed, although Ronald’s tweet about this incident never included the meme.

As RHOBH fans may recall, it was reported that the former marital home of Erika and Thomas had been robbed in January of this year. And, at the time, Ronald raised suspicions in regard to a potential insider job.

“Another scam [in my opinion], hard to believe but it just keeps coming,” he wrote in a tweet. “The best way to dissipate personal property from a residence is to have a burglary. I can’t wait to see the property report.”