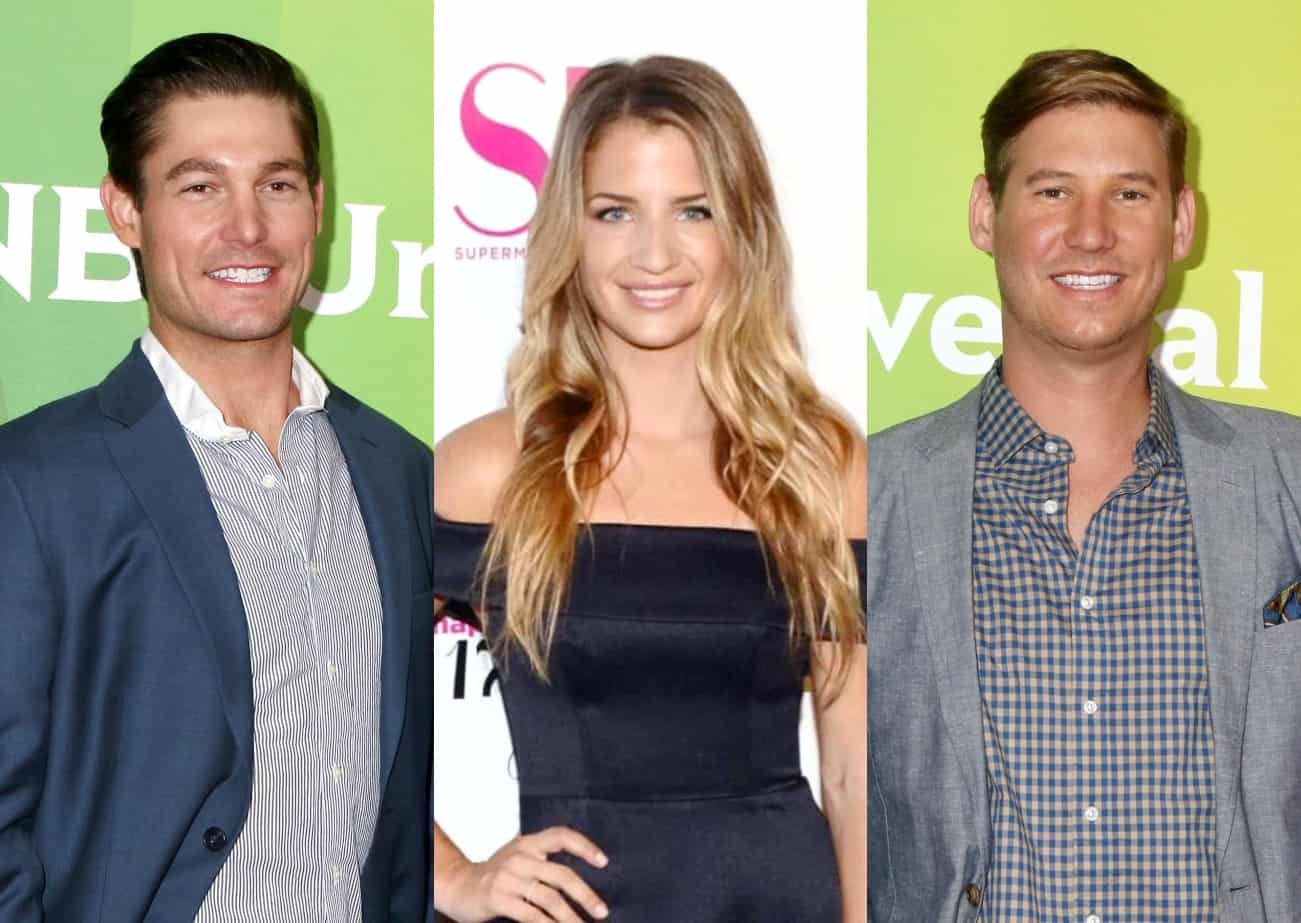 Craig Conover has been in touch with Naomie Olindo in the weeks since her messy split from Metul Shah.

During the latest episode of his podcast with Austen Kroll, the Southern Charm cast member opened up about his recent chat with Naomie before dishing on his current feud with Austen and his upcoming book, Pillow Talk.

“[Naomie] was my first love. Her and I, no matter what happens in either of our lives, we know each other better than anyone,” Craig explained on the July 23 episode of Pillows and Beer. “So, when all of that went down, [we] talked on the phone once.”

According to Craig, he has been able to maintain a decent relationship with Naomie in the years since they parted ways because “no one did anything bad or unforgivable.” That said, when it comes to a potential rekindling of their romance, Craig insisted their interaction has been strictly friendly.

“It’s not romantic. It’s not like [we’re] getting back together… There’s nothing juicy. But we’ve talked,” he shared. “Sometimes in your life, you just don’t have anyone else to talk to than the person that, at one point in your life, was the closest person to you.”

Although Naomie recently admitted to feeling that her “life is in shambles,” Craig said she’s now “doing fine.”

As for his relationship with Austen, that is not fine. In fact, while Craig said it would be “stupid” for him and Austen to cancel their podcast, he noted that they “haven’t really talked” since they vacationed in Minnesota earlier this month.

“This is the first time Austen and I have spoken since Minnesota so we wanted you guys to be a part of it. Once we actually talk, we’ll do a couple’s therapy on here,” Craig said, adding that he and Austen “get mad at each other for any of our decisions that we make that aren’t how we would do things.”

“We both think we know what’s best for each other,” he explained.

“Well said,” Austen agreed, noting that their recent estrangement was the longest the two of them have ever gone without speaking.

Although Craig and Austen wouldn’t say what led to their latest rift, Craig admitted to being upset with Austen for failing to go with him to New York City and revealed he’s considering moving there temporarily.

“I went up to the city and I had a nice time. [I] considered getting a month-long place there. I haven’t told Austen that because we haven’t talked but I found a fully furnished place,” he stated.

Meanwhile, Austen seemed to suggest Craig had told him he couldn’t go to the Big Apple.

“Neither of us could do it. I couldn’t go. It seemed like [Craig] couldn’t either because [he had] a lot of things going on at the [Sewing Down South] store,” he said.

Also during his latest podcast episode, Craig confirmed his new book has a title, Pillow Talk.

“I’m very excited. I’ll get more nervous as the launch date, which is March 22, comes near. But the book’s due in three weeks,” he revealed.

And, before turning the book into his publisher, Craig said his ghostwriter may be arranging a meeting with Naomie.

“I did say that I think it would be appropriate now to talk to her. So he might talk to her to get her point of view on stuff,” he explained.