Home Real Housewives of New York City News REPORT: RHONY Could Be “Shut Down” as Source Claims Eboni’s Rift With Cast is to Blame for Indefinite Postponement of Reunion, Eboni Denies Claim and Shares Where She Stands With Costars

REPORT: RHONY Could Be “Shut Down” as Source Claims Eboni’s Rift With Cast is to Blame for Indefinite Postponement of Reunion, Eboni Denies Claim and Shares Where She Stands With Costars 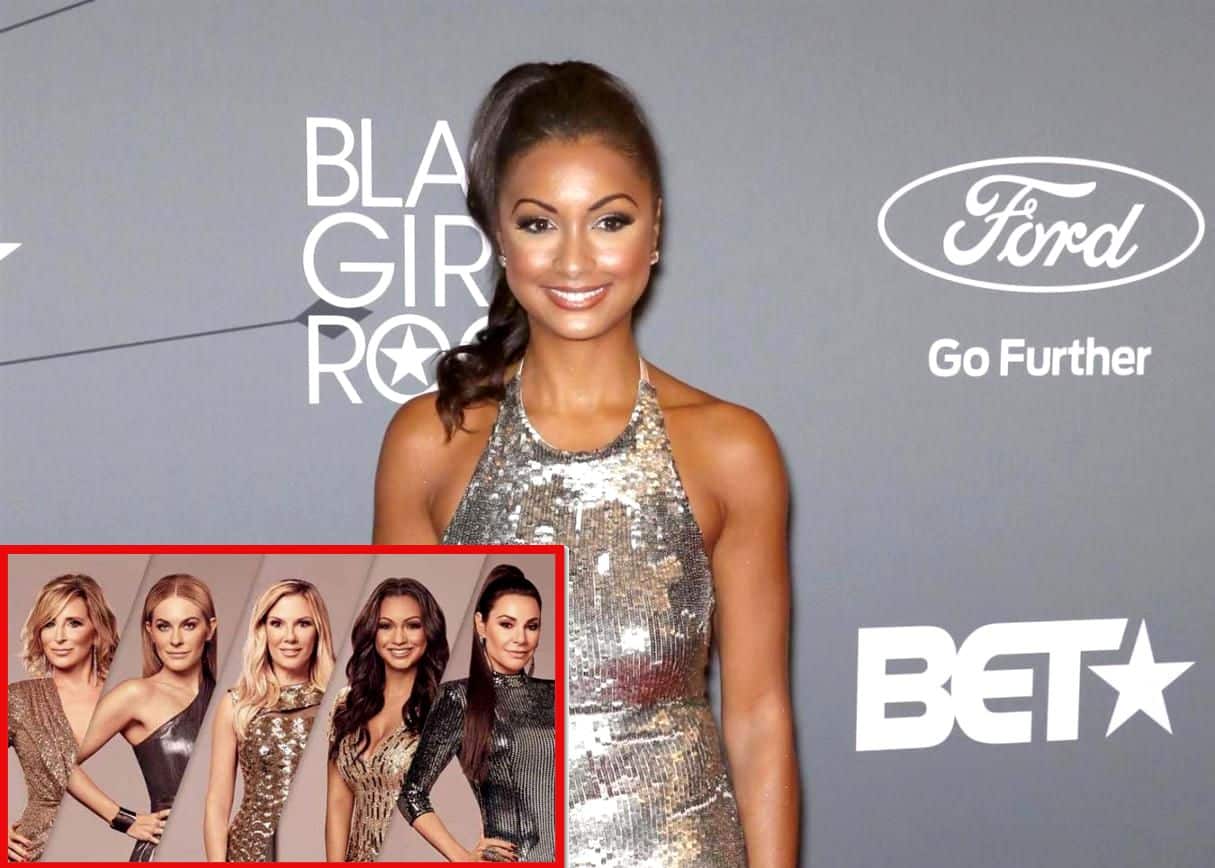 Producers of The Real Housewives of New York City have reportedly postponed the filming of the season 13 reunion “indefinitely” due to an alleged toxic rift between Eboni K. Williams and her castmates.

Following reports of a production delay, a number of sources are speaking out about the supposed drama between Eboni and the other women as Eboni responds to the report and makes it clear that when it comes to the future of RHONY, she’s “not going anywhere.”

“At this point they could just shut it down. Eboni’s saying she’s traumatized; the rest of the ladies are just shocked. I don’t know how they sit down together and figure this out. I don’t know if it’s even possible,” an insider told the Daily Mail on August 5, adding that they fear there is “no going forward and no coming back.”

After being labeled too “preachy” on RHONY, Eboni slammed her castmates during an interview with USA Today, claiming they treated her “less than human.” She also took aim at the “ridiculous,” “all-white” series that the show was before her while speaking to the Insider.

“[The women] were under attack and the network was shocked. She has put everyone in a really s****y position,” an insider explained.

In response to the reports, however, Eboni “wholeheartedly disputed” talks of a rift with her castmates.

“I just finished taping my last confessional interview and shared some wonderful words with Leah McSweeney and hugs and kisses,” Eboni revealed, noting she speaks with Leah five out of seven days a week.

As for Luann, who called her “angry” during the 13th season, Eboni said the two are not in touch.

“Do I wish we lived in a utopia where racial micro and macro aggression, aspects of white fragility and white supremacy and black oppression didn’t exist? Yes. I wish we lived in that utopia…[but] that’s not what we as a society have to deal with. I don’t feel burdened [by speaking to those issues]. I think I get to do that, not that I have to do that,” Eboni stated.

Then, when asked about season 14, she added, “I’m not going anywhere. I will never be silenced. If that’s the best they [haters] got, they gotta do a lot better.”

Following Eboni’s statements, the RHONY source said that during Eboni’s first season on the show, “nobody was allowed to be less than perfect.”

“You couldn’t change your mind or say, ‘Maybe I misspoke,’ she always took the moral high-ground and was just so preachy and judgey. Like she was beyond reproach,” the insider said. “She didn’t just come in with an agenda, she came in with an agenda that came at the expense of other people.”

Amid the rumors of Eboni’s alleged tension with the RHONY cast, Bravo offered a statement of support for the newbie.

“Bravo invited Eboni K. Williams as the first Black woman to join the cast of The Real Housewives of New York to be her authentic self, which has brought a new perspective to the show. We support Eboni in expressing her views, and we are proud that the show is addressing these important and relevant issues.”