REPORT: Erika Jayne Believes Bravo Wants to “Embarrass” Her on RHOBH and “Make Her Look Bad” as Source Shares Why She’s Also Angry With Lisa Vanderpump 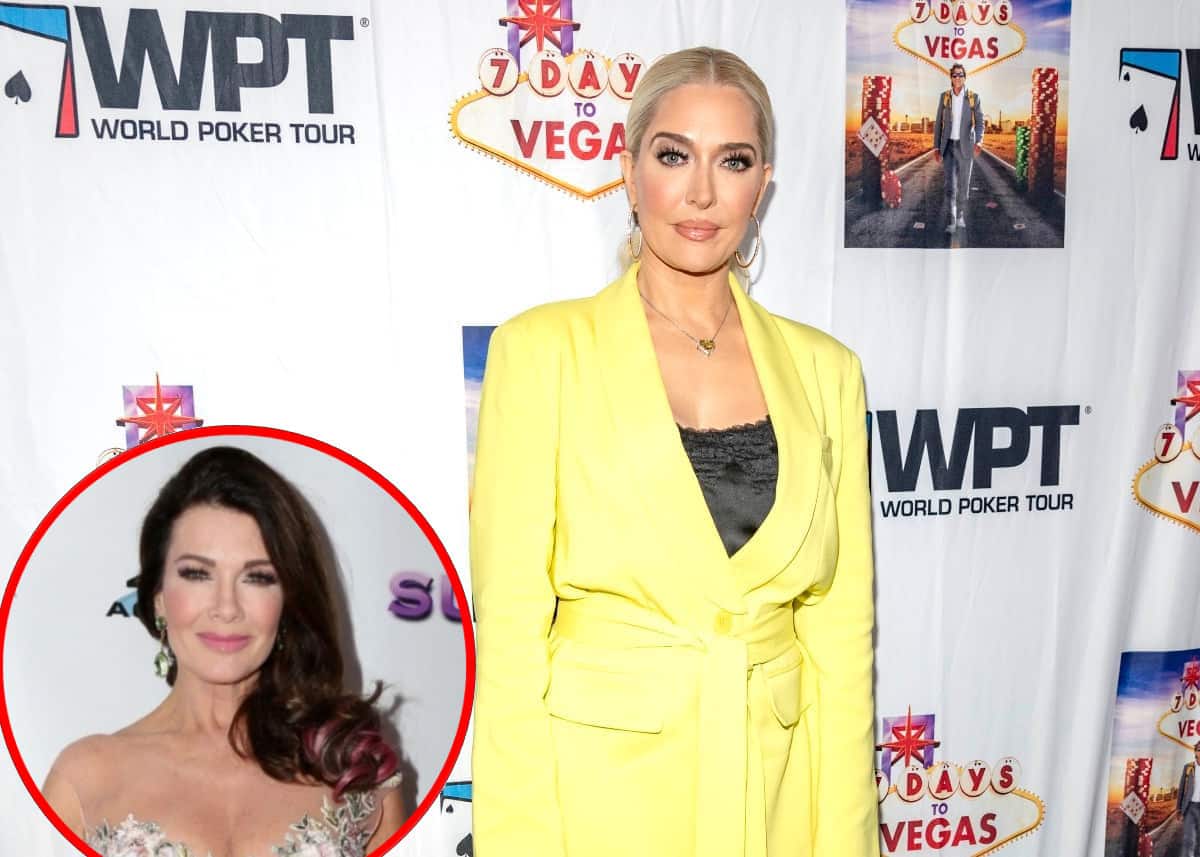 Erika Jayne reportedly feels used by Bravo and believes the network is trying to “embarrass” her to boost the Real Housewives of Beverly Hills ratings as a source claims she’s also “p*ssed” at Lisa Vanderpump.

While Erika and Thomas Girardi‘s divorce and messy legal situation continues to play out on the show, she is believed to be at war with Bravo behind the scenes.

According to a source who spoke with The Sun on August 9, Erika’s relationship with the network is seemingly at an all-time low.

“Erika’s relationship with Bravo isn’t in the best of places now for a few reasons, mostly because she feels that she has been hung out to dry,” the insider told the outlet.

“She promised them that she would be more open before the season started because of criticism she’d faced about not sharing enough,” the source continued. “Unfortunately, that promise came back to bite when she announced her divorce because producers wanted her to address everything directly.”

The insider went on to claim that Garcelle Beauvais was the only cast member that production was able to “encourage to ask the difficult questions.” If fans recall, Garcelle revealed to the cast on a recent episode that Thomas still calls Erika daily, which seemingly caused Erika to snap at the actress.

However, sources — and Lisa Rinna — later claimed that Erika’s meltdown wasn’t directed at Garcelle, but rather at a producer with who she allegedly had a screaming match. And according to the insider, she is still deeply “hurt” by the production team because she feels they don’t believe her and are intentionally editing the show to “make her look bad.”

As for why Erika is refusing to walk away, the source said the show is her main source of income at this point before explaining why Bravo is choosing to keep the “XXpen$ive” singer on the payroll.

“Bravo isn’t going to fire her because the legal case could easily span over two seasons and guarantee blockbuster ratings,” the insider explained. “She really feels like she’s in an impossible situation, but has been advised by her camp not to call out the producers publicly because she has to work with them for the foreseeable.”

Meanwhile, Erika is also reportedly furious with her former co-star, Lisa Vanderpump, who has made several snarky comments about her in recent months. This includes the remarks the Vanderpump Rules star made during her Watch What Happens Live appearance in March.

“It’s been absolutely fascinating this whole thing, the way it’s played out, but I actually just feel so bad for the victims, you know this whole situation, as they’ve kind of been watching this unfold,” Lisa told host Andy Cohen on the episode. “I don’t know, I just don’t understand that whole $40,000 a month glam squad, but when you see these poor people, yeah it’s devastating.”

According to the insider, Erika doesn’t believe it’s fair that Lisa was asked such a question, and she believes the question was actually “set up to embarrass her.”

“Lisa then jabbed her again during a recent episode of podcast and it really p*ssed Erika off because she feels that Bravo has done or will do little to address Lisa’s legal woes, but as far as she sees it, encouraged her to address hers for ratings,” the insider shared.

They added, “She really doesn’t like Lisa. In her mind, she is in no position to talk about ethics and morals and is annoyed that she is being criticized while Lisa’s alleged problems are swept under the rug.”