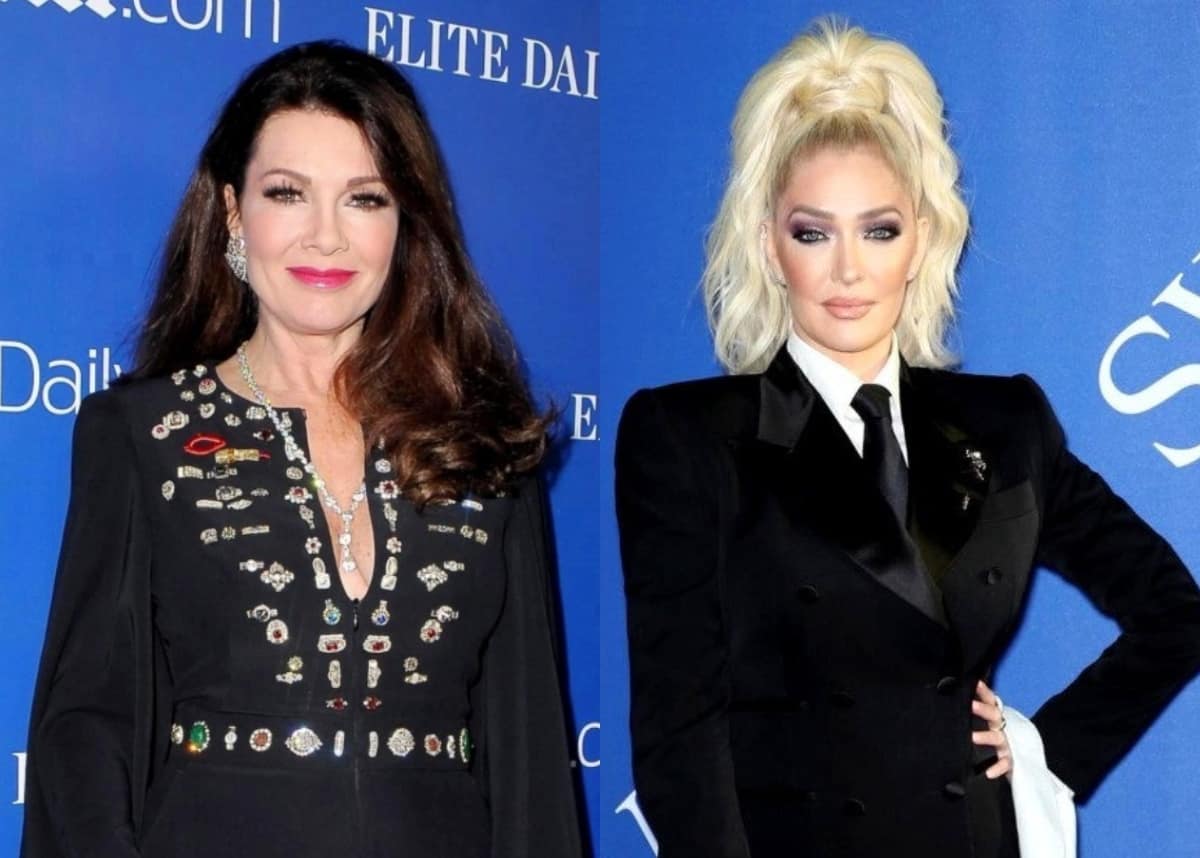 Lisa Vanderpump took aim at Erika Jayne in a series of posts shared on Twitter on Monday night following Hulu’s special about Erika and her estranged husband, Thomas Girardi.

After the streaming service spotlighted the alleged crimes of the ex-couple, Lisa responded to a number of fans. Many of the fans found it extremely hypocritical that the Real Housewives of Beverly Hills cast has chosen to support Erika amid the allegations when they turned their backs on Lisa over something so minor just years prior.

“It makes me so upset the RHOBH basically mistreated [Lisa] to support Dorit’s dumping the dog and now they are showing support to this horrible woman after stealing millions from vulnerable people?? Disgusting!” one person wrote on June 14. 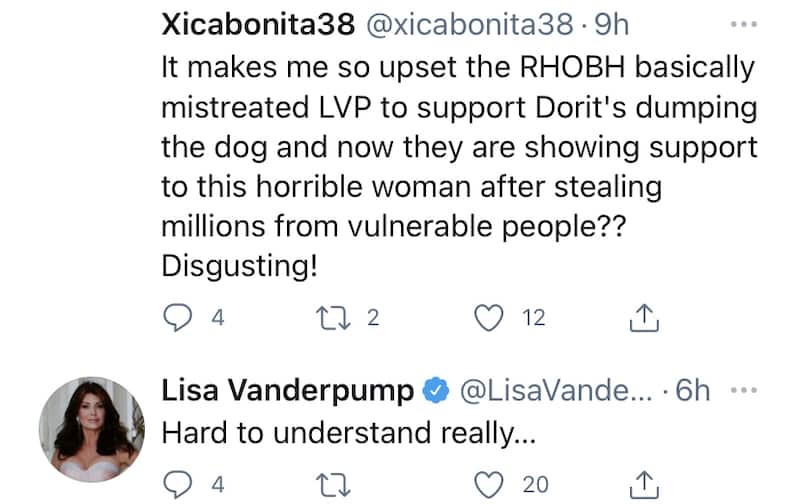 During the ninth season of RHOBH, Kyle Richards and a number of other cast members accused Lisa of leaking a story about Dorit Kemsley abandoning a dog she adopted from Lisa’s rescue center, Vanderpump Dogs. Then, when Lisa refused to admit to such thing, claiming she played no part in the leaked story, they labeled her a liar.

Years prior, amid season six, Lisa received another label from Erika herself.

“I think she’s a sniper from the side. I think she doesn’t want to leave any fingerprints,” Erika had said.

Giving a nod to the comment, another fan on Twitter on Monday night suggested that the tables had turned.

“Wonder who is the sniper that shoots from the side, now?” the person asked.

Lisa also addressed the drama of Puppy Gate after a third fan shared a clip of her discussing the way her RHOBH castmates had turned against her.

“I had a group of friends once, I think you know who I’m talking about, where somebody would say, ‘Oh well, I know who you are but I love you anyway.’ No. If you knew who I was, you wouldn’t be saying I did this. So sometimes, if you really feel that you can’t progress with somebody, let it go,” Lisa said in the clip.

“Seems fitting today (and any other day tbh). I don’t know what is so hard to understand about this,” the fan wrote in the caption of the video. 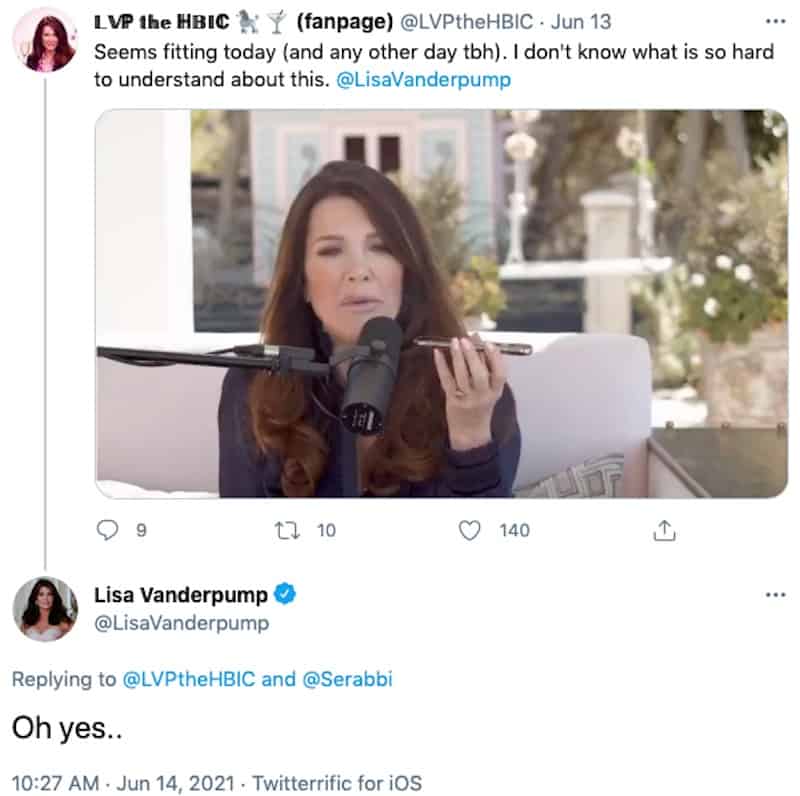 Lisa also reacted to a fan who slammed the RHOBH cast as an “alliance of thieves” and suggested their behavior was hypocritical.

“They used the excuse of [the leaked story] to oust you, no matter how innocent you were, because you were their nemesis—the light was always on you. Jealousy. You were set up. Bravo allowed it 4 ratings. Trashy hypocrites,” the person stated.

In response to the message, Lisa shared a folded hands emoji and a growing heart emoji. 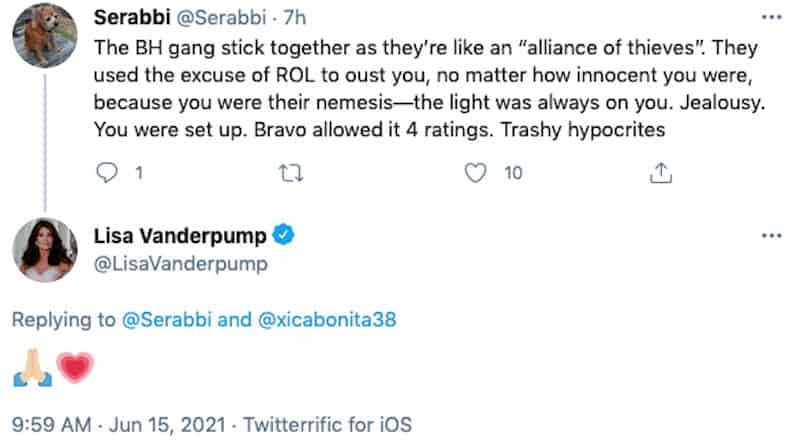